Thursday is GURPSDay, and it’s time to think ahead.

We had a fun situation in this past Monday’s Aeon supers game.

We decided to use the 4-As framework to make a plan. We gathered intel, we actually guessed at what was going to happen, and we were even right.

Then we completely biffed it by exposing ourselves, which drew fire and brought down the wrath of at least a dozen, if not more, grenade-armed guards. Had it not been for a “flesh wound” Karma point, The Commander would have been killed when a limpet grendade with 20d(2) damage blew up on his back.

But we saw that coming, and I was frustrated that all of our gathering and recon did basically nothing.

This needs to be automated and mechanized – but here’s an idea that I think has been treated before in Pyramid, but maybe not like this.

” . . . this is battle! And battle is a highly fluid situation. You . . . you plan on your contingencies, and I have. You keep your initiative, and I will. But what you don’t do is share command! It’s Never. A Good. Idea.”  – Vic Deacons, Broken Arrow

If you’ve done your homework in advance, you can engage in a bit of a “we thought of that!” retcon.

But that requires homework in advance. Planning for contingencies, as it were.

During the Assess and Analyze phases of the mission, after you make your skill rolls to gather data and complimentary skill rolls as appropriate, you may end the session by making an Intelligence Analysis roll.

Look up the margin of success on the size (and speed range) table, with a minimum of zero. Yes, you can walk out of the planning session with nada . . . but the number you get is how many “foreseen contingencies” you can declare. 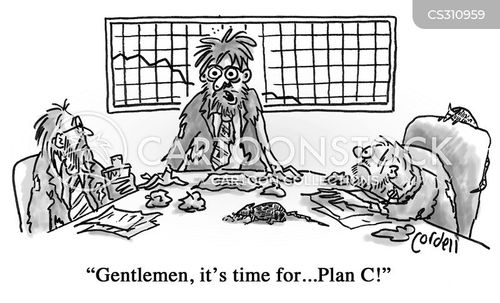 Each “contingency” is a combination of people, places, and things/actions, and must be phrased that way, in the same way that a Wait is fairly well defined, but there’s wiggle room here.

People: This can be as broad as “the bad guys,” but if there’s more than one bad guy faction present, you’ll need to be specific. So “the Red team of bad guys” would be legit, as would “any one not obviously on our side.” But for the Aeon S1E9 eventuality, if we didn’t anticipate that two factions would show up (but we did!) that would not be an actionable contingency.

Places: Where’s the thing going down. This needs to be recognizeable, but can be somewhat vague (because player/character knowledge can be fuzzy). “The ambush site” might be good enough if you’re expecting an ambush. “The black ops warehouse” from Aeon S1E9 would certainly qualify. “New York City?” Nuh-uh.

Things/Actions: This is the trigger that tells you that you’re falling into a contingency. You see the macguffin (and if you know there’s going to be a macguffin, but not precisely what it is, that’s probably good enough). Again, in S1E9 it was when the two black ops teams started fighting.

These combinations of people, places, and things must be defined in advance, and they are limited in number to the number of foreseen contingencies above – that is, one to three of them.


If one of your triggering incidents occurs, immediately make and resolve an appropriate contest of Tactics, and bank your rerolls as usual.

You may spend them to retroactively get the following benefits, assuming you haven’t been able to explicitly get such intel already.

If the GM wants to request an appropriate skill roll (modified by BAD if you’re using it!) that’s fair – but remember this entire concept is based around the characters having had time to develop good plans, enough that the players were able to come up with people, places, and a triggering event.

This sort of thing wouldn’t have completely saved us yesterday. We did hit on the #1 option, though – two factions would duke it out in front of us, and I had seven re-rolls that we wound up not using, or maybe we used one – but none in the furious and almost-lethal battle on the first floor.

We did, actually, do some of the above – The Commander was allowed to retroactively put suppressors on his own weapons for some initial combat volleys that came and went.

The biggest opportunity for us was instead of being forced into action with the first failed Stealth roll (or first successful Perception check), we might have been able to choose the time and place of action

The re-roll concept for Tactics is a good one. But they very frequently go unused, either due to heat-of-the-moment, or resource hoarding. Having some things like the above to explicitly spend rerolls on – provided some contingency planning is done – is a good way to bridge the gap between player and character expertise.

+Peter V. Dell’Orto has an interesting note today about the challenges of the Retreat defensive option when using mapless combat. It’s worth a read.

I was intrigued by the option of just always giving people the benefit of increased defenses, the +1 for retreating for a parry/block, or the +3 for Dodge (or parry when using Karate, Judo, and Boxing).

Doing this will slow the game down, because there will be fewer hits and more trading of blows. Of course, I wrote The Last Gasp explicitly to slow the game down – or at least encourage pauses between frantic bits of action.

But these blog pages have seen a great deal of dialog on the subject of Evaluate, as well. In particular, the GURPS 301: Evaluate segment of Melee Academy.

Rereading my own work, I really like the idea of boosting basic “I’m standing there” defenses so that that “whoever attacks first is likely to win” flavor is diminished. In fact, one of the concepts that has been floating around for a bit is “Fully Enabled Defense,” which has you roll against full skill (or really, Skill-4) for defenses. One potential downside about that (which as Tbone notes is also present in every other contest or test of skill in GURPS other than those rolled vs half-skill, like parries) is that above Skill-14, defenses go up fast.

Which brings me back to Evaluate. If you have naturally high defenses just by standing there, then some sort of Evaluate mechanic will be required before you start swinging.

In my suggestion to make effect rolls for Evaluate you’d want to double them (use swing instead of thrust) if using FEND type full defenses.

In any case, I think the base concept of increasing defenses at least for the first blow in a fight makes some sense, and for mapless combat, higher defenses also make sense since the players and foes will always take care to optimize their actions, and there’s little that’s obvious to stop them.

Leveraging Tactics to back someone into a wall or on to difficult terrain would make a good alternate play here, too.

In any case, I like effect rolls, and I like the concept that you can start with higher defenses, but also with more opportunities to lower those defenses.

Setup Attacks are a deliberate opportunity to throw a blow that causes an opening. Treating Evaluate as an attack would allow “seeing what’s open” and then throwing an immediate attack as well at -6 to each while retaining defenses (or you can just Feint and Attack, if you don’t wish to retain defenses, or Feint, and then Attack, if you don’t mind taking two turns).

Based on my work with On Target, I’d probably not make the default of the Evaluate Per-based anymore, or allow DX or Per, which ever is better, for Evaluates. Looking for an opening is such a basic part of fighting that I’m not sure Per would be the right call here.

More on this later, perhaps. Suffice to say:

Peter’s comments about higher defenses in general are intriguing

I don’t necessarily care for a reasonably skilled warrior having a 50% chance (ish) to avoid an attack. Skill-12 is Parry-10 with a retreat. AoD, however, pushes this to Parry-12, for 75% effectiveness. That suggests something to me. again more later.

Defenses are on the rapid part of the bell curve in general. They tend to range from 7 to 11 for many characters, so small swings have big results. This probably makes for good games

Evaluate and target searching, either on attack or defense, is underutilized.

I like effect rolls, and I think bringing one into the Evaluate sequence would be a good way to increase the usage of that maneuver – it works very well in play for Aim, and it should have an equal impact for melee.

So I think there’s something here, but the Skill/2 type defense exists for a reason and has survived 30 years of play and playtest. I don’t think that’s just sacred cowishness.