I tried to get this on out on GURPS-Day, but the editing ran me past midnight and spooling the video took two freakin’ hours.

During an interview that was about 50 minutes long, we covered Ogre and the Kickstarter, Munchkin, his recently released 2013 Stakeholder’s Report, and of course we talked a bit about GURPS.

Thanks to Steve for taking the time to join me on the Firing Squad!

Steve Jackson (Steve Jackson Games): Well, it’s a pleasure to be here, especially since I can do it from . . . here.

Doug: The working from home thing is never cooler than when you can do an interview without pants.

Steve: Not admitting to anything here.

Doug: I think that’s fair. I tend to get right into things and first ask a quick question about…I’ve got my Ogre Supporter shirt on – ta da! [Steve laughs] and…

Doug:…exactly. How did you decide to go from “Gee, I’d like to re-release Ogre to “Let’s do it on Kickstarter,” and how did that process work in your mind when you decided to do it. END_OF_DOCUMENT_TOKEN_TO_BE_REPLACED

My four-year-old daughter decided that she needed to challenge me to a game of Ogre, which meant we got to play again today. My wife “helped” her play.

This time it was “better,” ending in an Ogre marginal victory. Found out too late I’d misinterpreted the rules on how to damage treads (too fast a read-through): I was rolling a 1-1 attack with the combined attack strength (once that was 19 attack strength, but with only a 1 in 3 chance of anything at all happening!). Now we roll unit by unit, and the 1-in-6 uniform distribution actually can work for you. That makes it not crazy to attack the Ogre’s mobility, which it was before.

I still rolled nothing higher than a 3 until my CP was already destroyed. I had a much better run concentrating my forces, and my wife ran a gauntlet of 22 and 24 attack strength over two turns . . . and it cost her one freakin’ AP gun to roll through all of that.

My howitzer is always taken out by an Ogre missile; next time I’ll wipe those out early if I can. It’s the only thing on the board that can prevent the Mobile Howitzer from punishing the Ogre as it goes through to the CP

My GEV strategy was much, much saner this time, and I was able to keep 2 of the 4 alive through the entire game (or was it 3?). My Heavy Tanks fared better too, and those can keep up with the Ogre, and were used to great effect. My missile tanks were wonderful (that long range is great) but got chewed up pretty fast.

I feel like next time, especially with the “oops, that’s not how you attack treads” mistake fixed, it might go better. As an example, I’d have, on the average, reduced the Mk III to Move 2 approaching the CP, and that makes a huge difference, since it effectively increases its exposure to my fire by 1.5x. 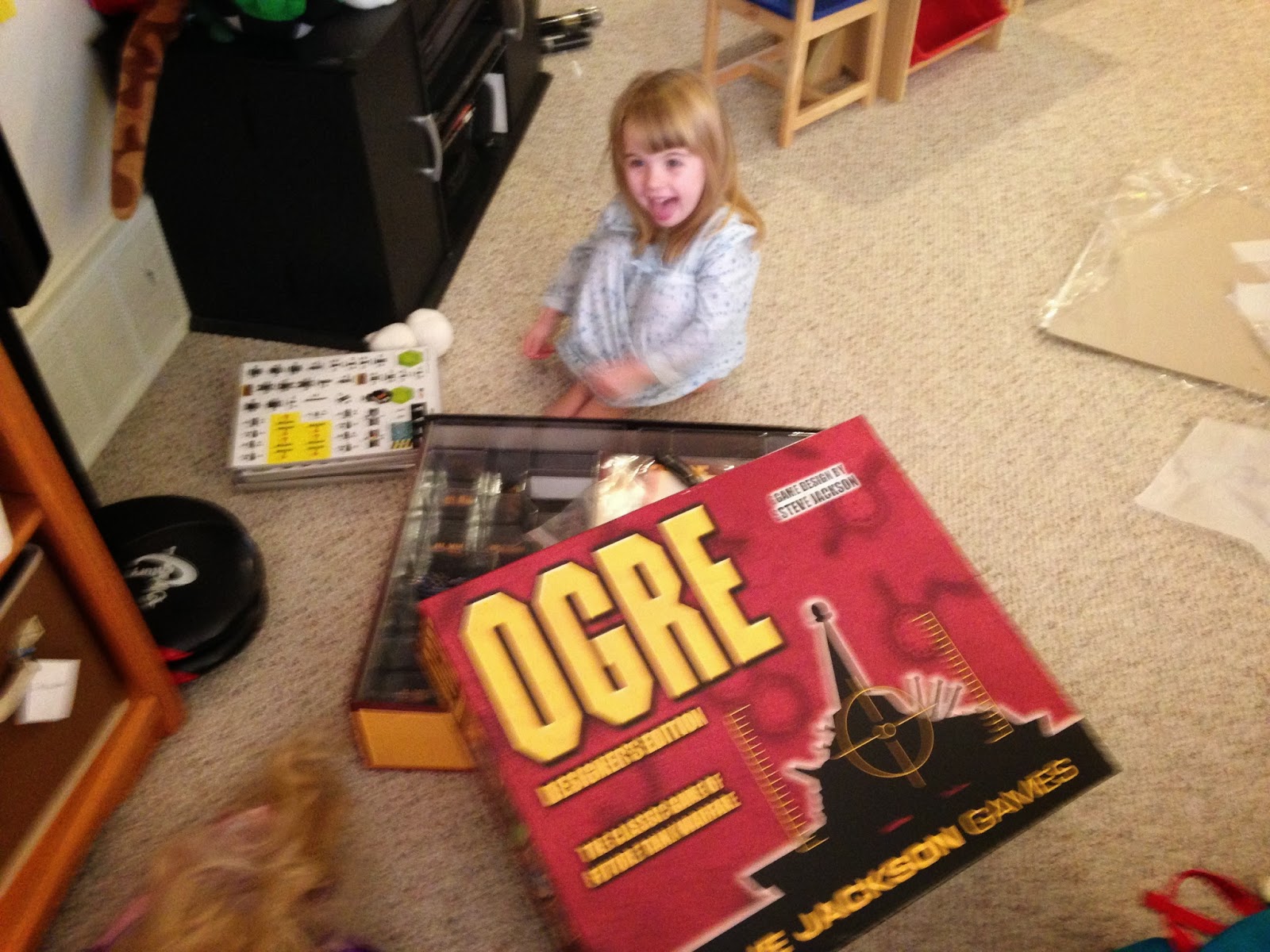 My wife and I played our first game of Ogre ever tonight. This will be a very short play report, because my wife destroyed me so utterly and completely that, oh . . . wait. By the time you finished reading that first sentence, the game was already over.

That bad? Pretty close. We set up for the beginner’s scenario, and my wife played the Mk III. She rolled in fairly well, but I made two mistakes right away.

I miscalculated my GEV movement, and she took brutal advantage, I think knocking out two of my four GEVs and a missile tank in two turns, trading only minor damage to her treads for a huge reduction in my ability to do hit-and-run tactics. I then miscalculated again, trying to set up a situation where I could bring lots of units to bear, and again she rolled in and wiped the floor with me, rolling (seriously) only 5’s and 6’s any time it mattered, and I couldn’t roll anything but 1-2 for most of the game. But again, my miscalculation of both her intended tactics and the range of her movement plus her entirely too effective main battery left me with a bunch of infantry and a single GEV by the time she approached my CP.

She offed my Mobile Howitzer with a not-even-subtle wave of a missile at long range, casually obliterating my best offensive piece after only one shot fired in anger (though it was an effective shot).

Next time, I will play defense again, and see if I can use my GEVs to better effect, with hit-and-run tactics to wear down treads and the AP and secondary batteries, which she used to incredible effect, not the least reason of which is I was utterly idiotic in how I let her concentrate her fire. 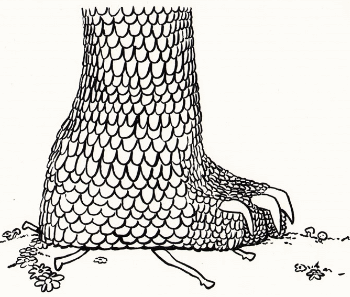 She won a total victory. Eliminated every unit I had at the cost of 1 AP, 11 treads, one missile, and her main battery.

But . . . her complete and total Godzilla to my Bambi did mean that she ended the game wanting to play again.

And she told me she’d crush me like a grape.