Thursdays have always been great for GURPS fans because that’s when new digital items are uploaded. But lately Thursdays have been even better. Every Thursday since January, GURPS Martial Arts: Technical Grappling author (and big-time GURPS fan) Douglas Cole has been consolidating various blog posts that pertain to GURPS. Each week offers dozens of new posts from throughout cyberspace on myriad topics, including material by other popular GURPS authors! New rules, campaign ideas, untangling of thorny issues, reviews of new items, and general GURPS musings are all fair game.
To find out the latest from GURPS fandom, check out this thread on the forums (jump to the last page for the most recent updates). And if you want to join in the fun, there’sinformation in that thread, too. Thursdays have never been so awesome!
— Steven Marsh 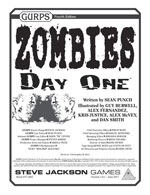 Yesterday was release day, with an actual release: GURPS Zombies: Day One. I know for a fact that the pipeline is crammed full of stuff, having seen some of it. This one (and many of +Sean Punch‘s projects) go under the playtest radar, so I did not get a peek at this one. Sean’s work rarely needs a lot of testing, and doubly so with this volume, which is a break from the usual for the GURPS line – a book of adventure seeds and campaign settings.
There are several for TL8, at least two for TL3-4, and one high-TL setting. They are designed to be mixed and matched into existing campaigns if possible, as well.
I haven’t read it in detail yet, but I will. Market wise, go buy this. Buy it twice. This is the type of book that would open up a stream of related material that would fill a nice gap between “create it from whole cloth your own damn self” and “here’s a fully fleshed-out scenario that will almost certainly fail to fit into your existing game.”

Not exactly gnu gnus – actually, this is sort of gnu gnus. The Car Wars Classic Arenas Kickstarter is not the Car Wars Kickstarter promised when Ogre went on a rampage. That’s a separate project, per the FAQ. 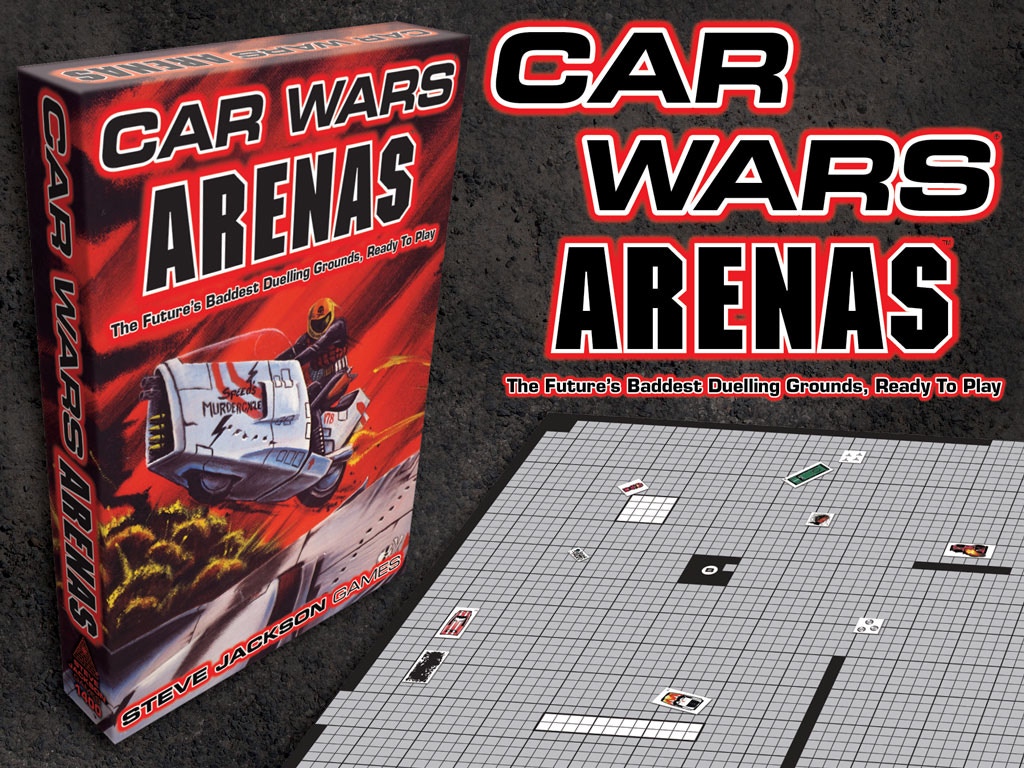 It’s got 26 days to go and I think started in the last week or so. The base tier is about 80% funded right now.

I probably won’t be backing this one, but not because it’s not worthy or anything. I like that SJG is funding development on Kickstarter, and I like that they are clearly learning from the Ogre experience (read the disclaimer under Risks and Challenges: It’s a hoot).

I just don’t have anyone to play with yet. Youngest takes up too much of my usual in-house gaming partner’s time, and oldest isn’t really Car Wars age yet. A few more years and she’ll probably be mopping the floor with me in Ogre. But not today.

A shout-out to all those visiting from the Daily Illuminator!

Douglas Cole over at Gaming Ballistic has an extensive interview with Sean Punch, the line editor for GURPS. Among other things, they discuss GURPS‘ strengths, weaknesses, and quirks, compare and contrast it to other systems out there, talk about realism, and discuss the Rule of Awesome. It’s a good interview; go watch it!

While you’re here, you should stroll around the place, check out the GURPS Melee Academy, roll around on The Grappling Mat, or brows the (incomplete but working on it) Pathfinder overview, and buy my book.

Welcome, and thanks for visiting!