My GURPS Aeon Campaign character was in a bit of a fix. He wasn’t really shining in his designated role of, well, Commander. That was both his name, and his mission, and frankly, his skill set.

He’s got an amazing number of points in Wildcard skills. Actually, that’s not exactly true. His breakdown for what seems like 1,250-1,300 points is something like 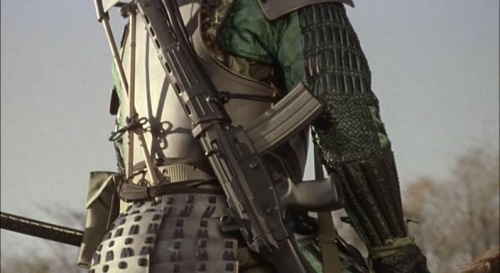 So you can see that while he is a powerful character with very good stats, they’re spread around. They are, in fact, spread around quite a bit. His overall good-to-great levels of stats contain one truly exceptional one – ST 24, boosted to ST 28 from his combat suit. The rest is a high DX 18, IQ 14, and HT 16. His Perception and Will are boosted to the campaign maximum, or near enough – they’re both 18 or 19.

His powers include his enhanced ST, and a couple of 50-pointers. So nothing huge from a telekinesis/energy control perspective. It’s not 200 points dumped into one power, but it is a set of alternate abilities. But by and large, it’s a collection of 50-70-points-or-lower powers that give him a DR-granting force field, enhanced ST, catfall, and some attack powers – notably his kinetic blast(s), both of which are double knockback to the tune of 5d.

His wildcard skills have some overlap in places – and this is where I really missed out.

You see, when talking to +Christopher R. Rice about why the character was not playing out “on screen” in a more satisfactory manner, the thing that really stuck is that his niche was command, but he was not being terribly effective in the role. We kept walking into terrible tactical situations, getting ambushed, and generally making like the Keystone cops. Not “Call it, Captain.”

We swapped out his power set a bit, but also spent some points on some Pyramid-based options – particularly Foresight, from Pyr #3/53. That gave him the ability to narratively alter the environment a bit, which proved critical in S1E11, as we were able to retroactively deal with an incoming air strike. That wasn’t even unfair – we’d explicitly discussed “having to deal with the air support,” and in the moment, we were able to say “oh, sure, we’d figured out a way to fox the bomber’s targeting computers.”

I just couldn’t figure out how. I mean, sure, he’s strong . . . but at ST 28 (Basic Lift about 155 lbs) he can probably lift a motorcycle over his head – like Captain America in The First Avenger. But while that’s strong, it’s not “lifting tanks” strong. His forcefield and DR will bounce a .50-caliber bullet, but not anything much more than that, and in the last few adventures, he was threatened by armor piercing explosive grenades and demon-needles, both with an armor divisor.

And the raw skill numbers deliberately topped out at mostly less than 18.

But then we started looking hard at Wildcard skills, as I noted earlier. In particular, Stealth. And some Tactics. In combat situations, he beats down with

The thing about skill levels of 20+ is that you use them. They allow you to have a fighting chance of taking “instant use” or “impossible odds” penalties. At Skill-24, you can do it at a -10 and still succeed 90% of the time.

So, how was I playing The Commander wrong? He was too much Captain America, and not enough Batman. And as they saying goes, be yourself. Unless you can be Batman.

In the last fight, S1E11, he went full Batman. He had the right amount of terrain to vanish into. He’d move from behind this HVAC unit to behind that skylight. And by and large, no one would see him. He ran rings around a dangerous foe – General Cortez – and eventually wound up taking off one of his legs in a sneak-by stealthing. One lucky goon critically succeeded on his Perception roll, saw The Commander move, and was promptly killed by rifle fire.

The key bit here is that with as many points – synergistic points – scattered in many different abilities, I lost track of what he was good at, and in this case, playing him as the from-the-front guy in terms of standing visibly in the fray.

That’s not him. He makes the plan, and leads it, but he’s the sneaky recon guy who’s providing up-to-the-minute information originating a foot from the bad guy’s pancreas. He strikes from concealment, doing 5d+14 crush or cut as needed (that’s like 9d crush, or the equivalent of a .338 Lapua in terms of piercing damage). His hand-to-hand damage with his sword is second only to his ridiculously powerful technomagical super-bullets, which seem to have a large explosive radius, an armor divisor, and no real fall-off within the explosive’s distance. Three rounds took out eight guys in formation in S1E11. At once.

Once I started playing the synergy? The Commander became a force to be reckoned with. Before that?