As part of gearing up for my Alien Menace campaign, I’m populating the organization to which the PCs belong. I thought I’d throw open the doors to interesting characters from pretty much anywhere. While I’ve got a small combat team that will do the bulk of the real adventuring, there are going to be lots of other people involved. I could certainly generate and/or stat up these guys, but that will make lots of “cookie cutter” NPCs, since my own biases will heavily influence the results.

So: crowd-sourcing. Here are some types of characters that I will likely need, and general guidelines. The game is set roughly in 2035.


The organization is led by a former special forces soldier and industrialist – billionaire, even, named quite deliberately Wayne Oliver. As in (Bruce) Wayne and Oliver (Queen). He is driven, ruthless when he needs to be, but also has a broad view of what success looks like. He likes to quote from movies, and does describe himself as “billionaire, playboy, soldier, philanthropist” and expects people to recognize the reference.

His “industry” has been, much like Tony Stark, very defense related. He controls a large swath of manufacturing and engineering resources. He even bought out Heckler and Koch, a conceit I chose deliberately to give the same feel as in Iron Man and Avengers, where Stark-Tech is mostly reskinned H&K weapons. But he also plays in engines, power plants, and supports fundamental research driving those technologies.

In short, he’s got the capability to hire really good people if he’s making a small, purpose-built team. Why does he need a Private Military Company, effectively?

Well. Therein lies the campaign. Don’t want to spoil anything. But it’s no secret that it involves space travel, visiting other worlds, encountering aliens, killing them, and taking their stuff.


So, what other players do we need?


I could probably use another dozen soldiers. Broadly, there should be scout/snipers, “technical” personnel that includes people who understand engineering, metallurgy, electronics, physcial and biological sciences, and (perhaps most importantly) sensor and security intrusion measures. Weapons specialists to include your basic high-quality riflemen, some with heavy weapons expertise.

Soldiers should be built on 175 to 225 points. Tech Level 8. No ass-hats. These guys are going to be quality troops, and even the technical and medical personnel will be competent fighters. Strong team support psychology (Sense of Duty) is screened for, as well as a flexible and creative mind.

Guidelines: ST should be 9 or higher, but at ST 11 or less, you’re going to want Lifting ST (up to 3 levels) to plus that up to at least a carrying ST of 12. DX, IQ, and HT will be 11 or higher. Willpower should be 12 or higher. Guns skills are whittled down to Guns (Rifle) for all types of longarm, Guns (Pistol) for handguns, and Guns (Light Antitank Weapon) for that sort of thing. Tactical Shooting is in use, and Quick Shot and Close-Quarters Battle techniques will be common for pure combatants.

Again, probably about a dozen.

I’ll need a command crew for a converted submarine that serves as the method to cross between Earth and the target zone. There will need to be a captain, engineering/stardrive chief, pilot/navigator, and some weapons crew.  The drop ship (“Move it, Spunkmeyer, we’re rolling!”) will need a pilot, co-pilot, sensor/electronics warfare operator (who may pull double-duty as a tactical officer, and is often the senior ranking crewmember), an engineer, and an engineer’s mate, who also serves as cargomaster and maintenance technician for both the drop ship and any embarked vehicles.


There are always support staff, and the roll is critical. Planners, scientists, an R&D wing, range officers for the combat troops to train. Supply officers and personnel.

This has the most leeway, and will have the most variation in point values. All will be good at their jobs, though.

Engineering and R&D: There will need to be some people to try and reverse engineer recovered alien technology. 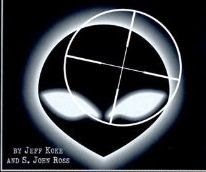 I will certainly be generating a cast of characters as necessary. But due to time and brain limits, they’ll wind up looking a lot alike, I fear. Asking for help – nifty people to populate the world that we’ll be playing in – is one way to get that sort of real-world variety.

Part of that variety is to not be afraid of throwing down characters that don’t all hit the 225-point limit. While a 50-point shooter is unlikely, a 75-point supply operator might not be. Not every research technician is a super genius. Most will have some level of Talent, however, rather than broadly awesome IQ.

No matter, what, if you have a neat concept, put it in a file somewhere. GDocs, Dropbox, whatever.