This session of Gaming Ballistic’s Firing Squad has me sitting down with +Erik Tenkar of Tenkar’s Tavern. I first became aware of Erik through a few links to his blog, and rapidly realized that he puts a lot of content on there, as Dyvers estimated in his Great Blog Roll Call: an average of 85 posts per month.
As a side note: Hero Press updates a shocking 115 times per month!
In any case, I was encouraged by +Peter V. Dell’Orto to apply to Erik’s “B-Team” Swords and Wizardry Complete campaign, and I asked, was accepted, and had a great time.

After playing his game and reading his blog, I realized that the over eight thousand people in his Google+ circles knew something, and given this sort of success, I wanted to know more.

(as always, this transcript was provided with extraordinary speed by +Christopher R. Rice. The transcript was in my mailbox about a day after the video was available on YouTube. If you have transcription work that needs doing, you would do well to send it to him.)

And that to me, it forces
me to think in a different than I normally would. When you’re blogging, it’s
one thing: it’s news or opinion or talking out of your ass, whatever you’re
doing. Creating content is a different mindset that you got to put yourself
into and I wanted to see if I could do that thirty days straight, and I did.
Would I put myself through
that again? I don’t know, it was really hard and there were times that were
where I stared at the keyboard for an hour and had to walk away, but I didn’t
have it, but I wanted to meet that challenge.
Douglas Cole:
With the good news is, with the d30 Sandbox Companion you will never have to do that again.
Erik Tenkar:
Oh no, it is awesome. [both laugh] I picked up the GM companion, but no I’m
sure I’ll have more posts using that for inspiration becaue one of the cults I
designed, I used on Saturday, and that was from the d30 companion. I can’t
really sing its praises enough. It’s a lot of inspiration for a small price.
Douglas Cole:
I agree and I have interview scheduled with +Richard LeBlanc and he’s gonna
bring some of his guys on there along with.
But the one thing that was
nice, and I purchased it online in PDF version: the way its formatted, I
dropped each of the ten tables from the game into Excel and so at the push of
F9, it randomizes all ten and I get all ten rolls of an adventure.
Erik Tenkar:
That’s awesome.

Douglas Cole:
It took me five minutes to do it; maybe ten. And I could just hit F9 and there
is a new adventure seed. I’m going to start doing it every Sunday or Monday or
something like that. Every week I’m going to hit F9 and come up with an
adventure seed based on that, I’m going to try and make it a little more
generic because I’m positive you could take something that says “Oh, it’s a
level 3 fighter, or a low level fighter” into a 62-pt henchman using Peter
Dell’Orto’s and Sean Punch’s Dungeon Fantasy Henchman for GURPS.
Erik Tenkar:
Oh yeah, definitely.
Douglas Cole:
It would be trivially easy to do, to use that for inspiration. That was one of
the things that really struck me about it, is that I estimated that it’s 80% to
85% generic out of the box, and could be made 90% to 100% generic with just a
tiny bit of work.

Erik Tenkar:
And that’s the great thing about it. Historically, I have the Tome of AdventureDesign, by Matt Finch. I love it; I have it in PDF and hardcover. But it’s huge
and sometimes it’s intimidating to go through, and when I do go through it, I
tend to look at it more like for inspiration and I’m picking through a Chinese
menu.
But with d30 Sandbox
Companion, I told myself I was going to use it for the post, is whatever comes
up is what it is and I’m not gonna…again, it was a exercise I put myself through
to see what I can come up with when the dice fall. It was damn good.
Douglas Cole:
Yeah, it was really neat and I did the same thing when I reviewed it. And sort
of spoiling the [upcoming] interview, I generated randomly three different
adventure seeds and sent them to New Big Dragon Games. And I’m going to write
some stories based on the three adventures and I think Richard is going to do the same thing and we’ll see what the
same random number seed, so to speak, how similar or really how different a
potential adventure could be.
Erik Tenkar:
That’s pretty cool. I’m looking forward to seeing that.

Douglas Cole:
I think in the next week or so we’re going to have our interview and I think
next week I’ve got +Kenneth Hite [chuckles ominously]. No, I’m sorry, it’s two
weeks, two weeks, he has so much content that I want to talk to him about that
I don’t want to disrespect him by saying “Ken, I want to talk about Night’s
Black Agent’s which I have never seen.”
Erik Tenkar:
[laughs]
Douglas Cole:
From what I understand all I have to do is say “Night’s Blank Agents” and
[mimes zipping gesture of mouth] zip my lip closed and Ken will talk
entertainingly with great erudition about stuff. I feel it would be a better
use of his time if I actually knew what I was talking about.
So other than the swords
and wizardry game I played with you once and it was a hoot. What other games do
you play?
Erik Tenkar: Right
now, I’m running Swords and Wizardry.

When I got back into GMing,
which was almost two years ago, it was because we’d been playing the D&D
Next playtest and basically we burned out in the playtest and our DM burned out.
So I stepped up and I took the reins and I ran ACKS.
Which was fun and we had some split up in the group and had some turnover.
From X we moved over to
Osric AD&D and ran that for a bit, but I really wanted to play Swords and
Wizardry
As a DM and a player, it’s
the closest to, in my opinion, AD&D first edition as we played it. Not saying
as it was written, but as the groups I was part of played it, it’s Swords and
Wizardry Complete . . . maybe not the illusionist, but who took an illusionist?
[Doug laughs]
It evoked that for me and
it brings it out in my players. I’m very happy with the way its worked with
both groups. It’s something I can for the most part without looking at the
book. If I can run something without looking at the book it means I can spend
more time running the game, as opposed to rereading rules.
Douglas Cole:
Right, right.
That’s actually one of the
things I like about families of games.
GURPS obviously is its own family of games. If you’re a Hero person you can do
generic stuff that way.

GUMSHOE, though there is a
mechanical issue I have with it, I’ll talk about that later maybe – there are a
couple of things about the mechanics that kind of rub me a little bit the wrong
way – but the fact of the matter is that once you know the GUMSHOE system you
can play Trail of Cthulhu, or Night’s Black Agents, or any one of those
varieties. Although they do a lot of what looks like great work tailoring the system for the game. They
effectively rewrite it, it’s almost a new . . . but it’s based on the same
framework . . . and if you really want to start fights, you can propose, for
the ninth time, on the Steve Jackson Games Forums.
But Discworld Roleplaying Game
is that.
Erik Tenkar:
Right. I have that, and both of those, there are two books or three. The
Discworld GURPS system, I picked it out because I love the game.
Douglas Cole:
This is a new one, the new one for Fourth Edition. It’s not out yet.
Erik Tenkar:
Oh shoot, I didn’t know that.
Douglas Cole:
Yeah.

Erik Tenkar:
I played GURPS back in my early days when I was in high school and college and
you played everything and I was younger and could understand the rules for
everything I picked up. Whether it was Rolemaster, or GURPS, or Hero and
Champions, or Warhammer, nothing fazed you.

Douglas Cole:
I loved Warhammer Fantasy Role Play.
Erik Tenkar:
I got that when it first came out. That huge book you could kill somebody with.
I ran some great games, you know, Death on the Reich. And threst, there were
some really great campaigns in that. I had a lot of fun with that.
Now  I’m older, I’m 46, my brain has limited
capacity to learn, and Swords I didn’t have to relearn.
Savage Worlds, I wanted to
be able to fully grok it and I had to run more than session. I know it’s not a
hard system, but I got to change my mind set, your mind gets set in its ways
after a certain age and it is not as easy as it was when you were younger.
Douglas Cole:
I’m forty-two, so I’m right there with you.
Erik Tenkar:
Yeah, you’re catching up.
Douglas Cole:
So, we just talk about games that we like. What, either games or game systems,
or mechanics: what rubs you the wrong way? 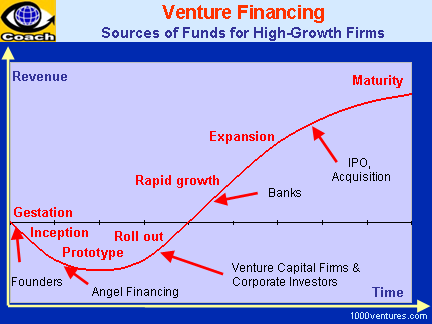 Now, to your point: That’s
not the way people approach this, and certainly for people like myself or
probably you or most people who aren’t like I’ll throw a quarter of a million
dollars at this solar energy company or this green grass company or whatever.

If you’re doing that, not
only do you expect to lose, but you expect to reap 10x your profit, right? I’m
putting in ten thousand dollars in the hope that I get $100,000 or more, right?
I’m putting in $10,000 so I can get a book, right? Woo hoo.
You’re looking to make a
return on your investment, not effectively a preorder.
Erik Tenkar:
Right. And I don’t think anybody goes into with the idea that they’re going to
make this money and not produce the product. But I think they don’t really sit
down, the postage costs on the projects that ran long, and then shocked them
with how much postage went up . . . that hurts.