As the author notes in his wonderful document, nobody gets +2 to Wisdom, so the you have to choose among three races with a +1 to Wisdom:

I’m going with Human, because the ideal cleric as I’ve seen them played (and would tend to play them myself) is a first or second rank combatant. They don’t have to be played this way, but I’m going for a general theme of “somewhere between useful and badass in combat” in my musings here, so there we go. If there were a race with +2 STR and +1 WIS, I’d go with that.

The Tempest domain has some really good stuff in it for laying waste to foes, so again, we go with that.

That gives a surprisingly effective combination, as will soon be seen.

For fighting, he’s only got the single attack, and at 1d20+6 to hit, 1d8+3 bludgeonong damage, he’s not going to be that nasty to face relative to front-line guys.

RACE: Human
• +1 to all ability scores
• Size: Medium
• Speed: 30ft
• Languages: Common, Elvish, Dwarvish, Gnomish
BACKGROUND: Acolyte
• Feature: Shelter of the Faithful As an acolyte, you command the respect of those who share your faith, and you can perform the religious ceremonies of your deity.
• Skills: Insight, Religion
• Tools: none
• Languages: Two of your choice
CLASS: Cleric
• Armor: All armor, shields Light and medium armor, shields
• Weapons: Simple and martial weapons

This was an error in the character generator; thanks to Chandley for pointing it out. It makes the addition of heavy armor and martial weapons make a heck of a lot more sense later.

Not sure why this is there, since you get all armor and martial weapons anyway? Perhaps this is a quirk of the spreadsheet? Yes. It was an error.

• Divine Domain Feature (Wrath of the Storm) When a creature within 5ft that you can see hits you with an attack, you can use your reaction to cause it to make a Dexterity saving throw and it takes 2d8 lightning or thunder damage (your choice) on a fail, and half as much on a success. This can be used 4 times, expended uses regained after a long rest

This is quite nasty against low-level foes, as four times per fight, if they hit me, they take 2-16 HP, averaging just under enough to drop a 1st-level foe with max HP, and plenty enough to take out one with 5-8 HP.

• Channel Divinity: 2 uses between a short or long rest – Turn Undead Undead that can see or hear you within 30ft make a Wisdom save or be turned for 1 min or until they take damage – Destructive Wrath (Divine Domain Feature) When you roll lightning or thunder damage, you can use your Channel Divinity to deal max. damage

Again, this means that twice per fight I can either turn undead, or do max damage on that 2d8 strike above . . . or on some of the nastier spells that involve thunder and lightning.

• Ability Score Improvement / Feat: Level 4
• Destroy Undead: CR ½ or lower
• Divine Domain Feature (Thunderbolt Strike) When dealing lightning damage to a Large or smaller creature, you can push it up to 10 feet away
ABILITY SCORE IMPROVEMENT & FEATS
• Ability Score Improvement – Level 4 – Increase one ability score of your choice by 2, or increase two ability scores of your choice by 1
Spellcasting

Due to his high WIS and the nice domain spells, he has a lot of horsepower under the hood. He gets 4 1st level slots, and 3 each of 2nd and 3rd level . . . plus four cantrips and six (for now) domain spells. I picked out 15 spells, leaving one open.

For those spells:
Cantrips

Guidance: Add a d4 to an ability check 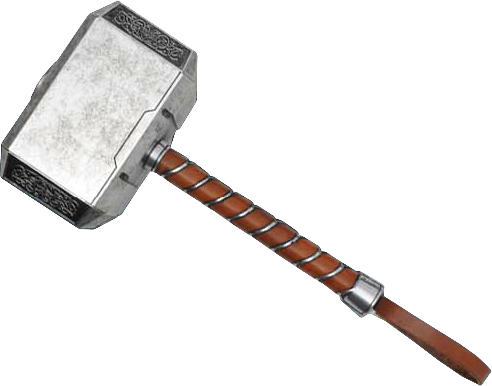 This is not a melee combatant, though with his mace he’s not awful.
But he can do 2d8 per turn with his cantrip ad nauseum, and given a teensy bit of prep time and line of sight, Call Lightning is just brutal, with an average of 8 points on a failed save, and 16 average per round on a success, with the option twice per short rest of max damage (15/30 points) on that strike. Shatter with a 3rd level spell slot is even more effective this way – 4d8 in a 10′ sphere.
He can fling healing to a distance, and up close also quite effective at it, as one would imagine. Careful, though – stock up on the potions in case you need to heal after you’ve expended that much power to fight rather than mend.
I can easily see this being played cautiously. 2d8 is also sorta 1d8+4.5 to 60′. It’s not as far as any sort of bow, really, but does one attack per round as if it were a strong low-level archer. The DEX save instead of AC makes low-DEX but heavily armored foes easier to hit then they’d otherwise be, which is a sneaky way to do in heavy fighters, but not monks or rogues or archers. So the cleric stands back a bit, chooses a target each round, and lets loose with his cantrip. He can then heal at a distance with tiny amounts (5-8 HP with Healing Word), or a party-wide boost with Prayer of Healing at 3rd level (7-27 HP to six targets). If things get real, one use of Call Lightning will give up to four targets at a time (if they cluster) 3d10 damage per round, every round, for 100 rounds.
To me, a very well-rounded character, even if he’s combat focused in this build. Other builds can be sages, spectacular buffing machines, or other specialties.