We follow the underground pathway for a bit longer, and eventually come to a small building area known as Crossroads. We’re met by a gnome in armor, with a golem of some sort, 10′ tall or so. For moral support.

They discover (because we tell them) that they’ve come home, to Crossroads. A celebration must ensue! 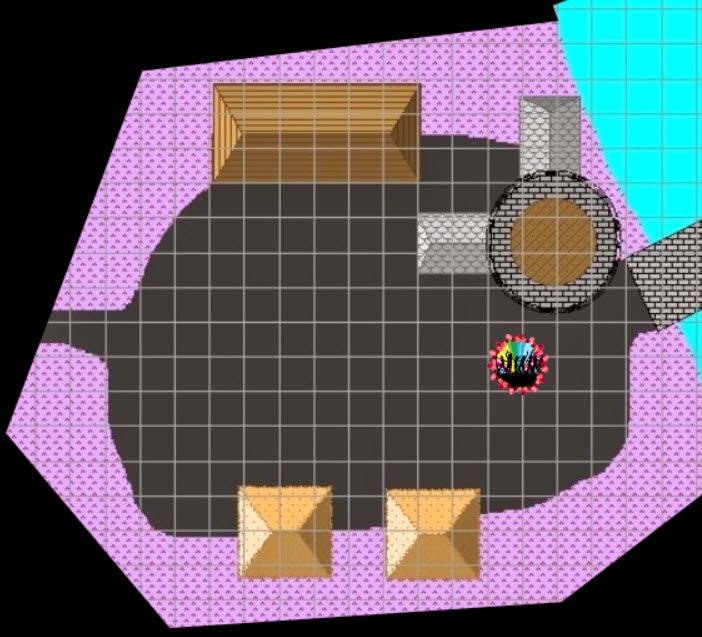 They take us to their main city, PrinceTown, which +Ken H lovingly rendered in full detail. The primary city is under a large metal dome – defensible and artistic. It is smooth, with no visible seams or joins. It looks like one piece of steel. Each door can be seen opening and closing, but the doors themselves are quite thick, and seem to open themselves, automatically.

+Daniel McEntee arrives. We tell him we’re at a Gnome feast. He asks if we’re on the menu. We say no, and continue. 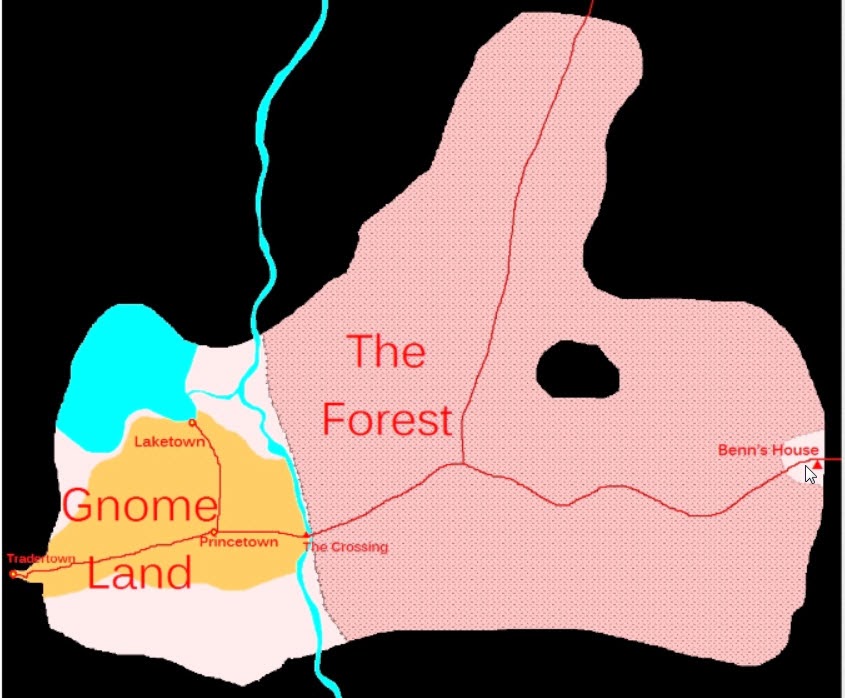 We gain some knowledge about the map of the Gnome’s territories, a large land, and note that we came through Benn’s house. The map shows Benn’s House to Princetown, and that was about 94 squares. Um. Rough guess about 30 miles, making the extent of the Gnome lands about 10 miles by 6 miles. Making it larger than Rhode Island (kidding. Mostly.)

In any case, we gain knowledge abut the Dwarven Exploration, and the Gnomish History.

The dwarven engineers, builders and miners associated with the Elementalist Monastery left their
exploration notes with the gnomes. Here is the summary:

Summary of the Gnome Chronicles

The gnomes wrote a chronicle of their escape from the elementalist civil war. This is a summary: 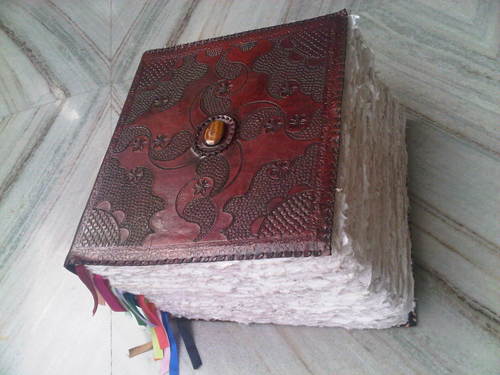 The mayor notices that Duncan the Gnome has a hat that gives him a royal countenance. He doffs his hat and bows, revealing the crown of the gnomish king! General amazement ensues, and the gnomes ask if Duncan has returned to be king.

The mayor leans in, and offers 10 gold bars as a reward for returning the gnomes, but he’ll personally double it if we leave and not come back.


I start to wonder if we’re going to have a re-run of “how many five-year-olds can you beat up?” Do you know how mayors and other politicians react when you threaten to take their power away?

There are wood golems and guys in armor around too. The conversation starts to get heated, pointed, and Luven starts sizing up the opposition. There are about 25 gnomes in armor, in groups of 3, each with a construct per group. .

Duncan stands up, exposes his gnomish crown, and offers up a mighty speech. He totally nails his Charisma check, +2 for leading gnomes, as the gnomes rename the town Kingstown. The mayor takes off his sash, goes down on one knee, and offers up his sash to Duncan.

“OK, we’ll finish the feast and hold court in the morning! Where can we sleep?”
“Somewhere with really thick walls and squeaky floors,” says Nosphryc, sotto voce.

All hail King Duncan! And Queen Breena! (Wait, what? What about the bear!)

“Yay! We have a king! That’s come to stay with us! Forever.”

We keep expecting Ken to ask us all to roll up new characters. You didn’t get a TPK, it was a TPP – Total Party Politicization. Keeping the TP in politics, as if it needed the help. “If you have an election lasting more then four hours, you should seek Clerical help!” 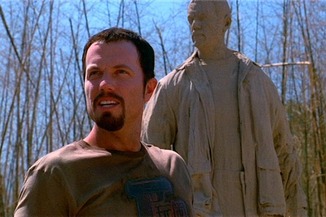 Duncan decides to retire and become king! First time we have a mid-game character loss due to becoming royalty! He decides to make up a Eldritch Knight at 5th level.

“I want to go to the crappy town where I’m a hero.”  – Hoban Washburne

We each get 3,900 x.p for delivering the rescued gnomes…Duncan gains an extra 5,000 for becoming king
Nosphryc is about 1200XP shy of next level; a T-shirt appears on the screen: