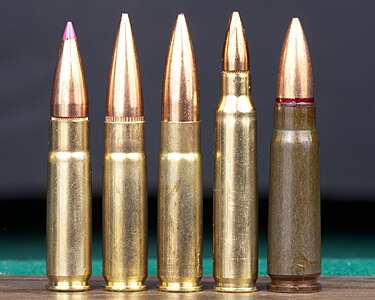 The 7.62x35mm AAC Blackout was developed to create a .30 caliber cartridge that could be fired reliably from rifles with a particular set of design constraints, mostly owing to the desire to use standard M4/M16 magazines and lower receivers, and to retain the 30-round capacity of standard magazines. Having a weapon that would autofire reliably (the 7.62x39mm does not in M16-shaped magazines) is generally a good thing, and having all that in combination with a more-lethal, more-quiet subsonic projectile was a design goal.

Given the popularity and number of variations that seem to be springing up for this near-wildcat, it would appear to have been somewhat successful. The original cartridge is supposed to have been designed around a military request for short-barreled rifles. The manufacturer took the design public.

The odds of this replacing the 5.56x45mm as a primary cartridge are probably about zero. Even if the military moved away from the M855 family of rounds, I have to think they’d go for something closer to the 6.8x43mm rather than the .300 BLK. But that’s strictly opinion.

Basic inputs for the calculator are as follows, selecting 406mm for the (test) barrel length. The difference in mission for the subsonic round means that it can’t really be used for checking consistency, but the lighter-weight bullets (at basically equivalent energy) can.

The subsonic bullet is very different in both design and performance. It requires different inputs, being less than half the pressure of the supersonic round.

Again, we’ll need two different charts for each weapon. The subsonic one is (to me) the more interesting, since it actually has a different job than the longer range rounds. I’ll give charts for both.

The muzzle energy for this load with 406mm of barrel is 1,486 Joules

The speed of sound is just over 340m/s (which is 1,115 fps).
Notes
Most of the alternate projectiles seem to have roughly the same energy and thus will do more or less the same damage from the test barrel. There’s enough mass in the bullet that getting a JSP to expand to a factor of 2 shouldn’t be a problem. While high-mass, short pistol cartridges tend to convert in the model using a rule that is mostly -1 penetration per die of damage, rifle-shaped fast-cartridges retain penetration better, and are closer to -1 per 2d. That would be about 5d-2.5, call it 5d-3, or 14.5pts. Calling it 4d pi+ is about right.

The huge aspect ratio and high mass of the 220gr subsonic projectile makes my calculator want to give it 3d pi+ even for the regular FMJ round, and if it expands or tumbles, really wants to give it 2d+1 pi++ for a JHP. That might explain why one keeps hearing that for close-in work with suppressed rifles, certain groups of people who don’t exist definitely don’t want to use this cartridge. Which probably also doesn’t exist.

There are basically two kinds of platforms for this chambering: AR15-style platforms, and bolt-action tactical or hunting rifles. There are many, many AR-15 style uppers that can be mated to any AR15, M16, or M4 lower – which is the part that the US Government considers the actual gun.

The venerable and high-quality Remington 700 can be had in .300 AAC Blackout, and the AAC Model 7 can be tricked out with a suppressor. Given the heavy bullet and long 1/2D range, making a subsonic, suppressed bolt-action rifle for the precision delivery role might not be entirely insane. The last and most populous category will be a plethora of AR-15 (or M4/M16, as you prefer) lower receivers mounted with a suitable upper. Some of the suppressors that are built to go with this cartridge are very, very impressive, with the AAC SR-7 managing 39dB of noise reduction.