Idle conversation on the Discord chat about a full-auto .50 BMG rifle (as opposed to a machinegun) led to the comment that for sufficiently strong and large races or creatures, they really should be kitted out with battle rifles in sufficiently impressive calibers.

I mean, why wouldn’t a large-enough race make a rifle capable of firing 14.5mm KPV rounds?

Now, it’s been a while, but I don’t think a character’s ST has any impact on a weapon’s stat line.

Let’s look into fixing that.

Acc is a bad choice. It can be shown, and I always treat it, as being inherent to the weapon, with 22 + 2*Acc giving a good measure of the bench-rest precision of the weapon.

Rcl is a measure of how many hits you get on a single roll when a weapon is used in rapid fire. That sounds rather promising.

ST is how strong you have to be to employ the weapon normally; being lower than the ST provides a skill penalty.

Of these, Rcl seems the obvious bit – a sufficiently large and strong (mostly strong) shooter should be able to lower the Rcl down from very high levels to a minimum of Rcl 2 as a good guideline (Rcl 1 being the signature of recoilless weapons – “or nearly so,” and so are best avoided both for metagame and consistency reasons).

So, for every boost of ST over its listed value, you can hold it steadier.

Popping over to the GURPS Basic Set, we have some generic guns. What would those look like?

The lowest handgun is ST 8, and Rcl ranges from 2-4. The highest ST requirement is ST 12. 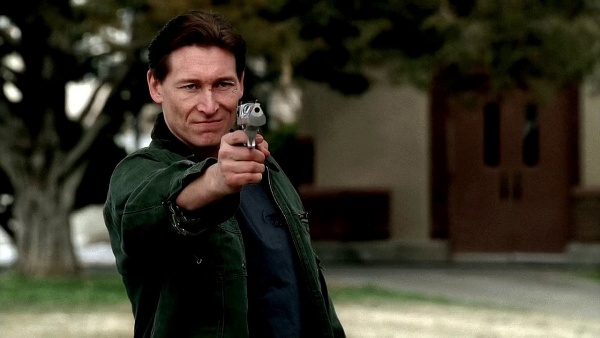 Not sure I’d go do this. I’d especially not do it without checking with Hans and David for the assumptions behind Rcl and ST that are built into the existing weapon tables. For a heavy and strong enough mount, such as mounting six 12.7x99mm machineguns on an F86 (5-8 ton empty to max weight), this might effectively be ST 75 or so and yeah, bring down six full-auto M2s to Rcl 2 each. A scalable quantity like this would be fun for mounting, again, the ST 21 M2HB on a lightweight vehicle, or seeing just how strong a Terminator would have to be to hip-fire a M134 7.62mm gatling gun. At some point, a character will be heavy and strong enough to effectively be considered a mount for a weapon  (if this seems implausible, picture a full-auto airsoft rifle, which has effectively no recoil to speak of) and bring it down to Rcl 2, the same way the 20mm M61 gatling gun is Rcl 2 when in its mount.

2 thoughts on “Rcl and ST in GURPS”