This is a guest post by Kalzazz on the GURPS Forums. He heeded my call to arms, and contributed this post on Disarming in GURPS. I have done some minor editing for formatting and flow, but that’s all.

This is one of those things. Yes, GURPS has rules for disarming, but I can’t offhand recall, in 15 years of playing (and DMing!) GURPS, ever actually seeing it happen.

I had to actually go and look said rules up. First, I notice that the technique can be increased above the skill, so that seems groovy, since it can always be fun to have a specialist (I next noticed no styles in MA actually had Technique Mastery for it though, I think it sounds like a valid one to me).

Then I noticed said disarming is mostly just to offset the penalties involved, less groovy:

Now, most of my “wouldn’t this be cool” daydreams involve “Evil McEvil tries to steal Heroman’s gun, but using his Weapon Retention skills, Heroman turns the tables and shoots Evil McEvil!”

I have sat through and participated in enough weapon retention classes that ended with ‘and then you stun the aggressor and retreat to a safe distance to maintain control of the situation’, and the ideal way indicated to stun the aggressor is to shoot them with the weapon which you have put your good Weapons Retention skills to use to retain . . .

Even if Heroman has maxed his Weapons Retention at Stat + 5, he is still in major trouble keeping his weapon against a true epic villain (and its not very heroic of Heroman if he prevails in the face of a garden variety mook).

What is the role of Disarming?

So then . . . . why would I want to disarm someone?
(some of these are suggested by GURPS Forum user starslayer).

Murder is not acceptable. Murder is usually not acceptable, the drawback of disarming leaving a living foe is actually not so much a drawback when killing your foes is considered antisocial behavior. Or perhaps your foes are mind controlled or confused folks who are not actually foes!   If the enemies are likely to fail morale checks and want to disengage if you disarm them then this is a major plus. (this is suggested by starslayer).

Enemies have weapons that are awesome, and disarming is easier than killing. If your foe has some nifty weapon you would prefer not to be hit with, then you want your foe not to hit you with it. Usually this is done by hitting them until they die, however, it is easy to imagine scenarios where this is not the case.

Even so, let us assume she has a helmet and that her armor is not power armor. In that case, trying to disarm the weapon (which is a big cool looking rifle, which we can assume falls safely under the things we would not like to be hit with category), requires an attack roll at -5 with our non-fencing weapon. She can defend against the attack – but holding a rifle her defense is likely dodge, and with a big rifle and armor, likely encumbered dodge.

If we hit, we roll a quick contest of our skill vs her DX or ST (whichever is better, +2 if she holds her rifle with both hands which she likely would in a fight, or up to +5 if she has Retain Weapon). If we are skillful, we are highly likely to succeed!

On a normal attack, if we do not have a lot of ST, we would have a hard time cracking her armor, so she would likely still have her rifle on her next go and want to shoot us. So in this case, disarm was a good idea (if we can get in range of course . . . . Gun Fu has rules for disarms with guns, which might be even MORE useful!).

The foe is armed with a missile weapon. Due to the fact that missile weapons don’t get to use their skill in defending against disarms, they definitely are a good target for it. However, since Disarm is by default melee, this raises a bit of an issue of getting to melee. The old Western movie trick of shooting guns out of hands definitely has merit!

Also notice in GURPS that a sidearm often has mediocre damage, especially against armor, but if you shoot the pistol out of someones hand, if they do not have a spare gun, they either need to close to melee (time consuming if at range) or go pick their gun back up (also time consuming). During which time you can shoot some more.

Of course, many gun wielders (and archers) may often have extra Lifting ST for wielding bigger better weapons and lugging ammo and armor.

You have high skill and low (or irrelevant) damage. Pixie Swashbucklers could find this very useful! Disarming allows you to use DX based skill for both rolls!

I admit this seems an edge case, as usually people who want to have high skill with a weapon also desire to have the ability to hit like a truck.

Or when facing foes ‘Only able to be harmed by Foozle’, and you are not the one with Foozle (hopefully one of your friends has Foozle).

Because it could be cool. Being cool is always a valid reason, and a DM could certainly grant a bonus to an intimidate check. Since disarming can often be harder than ‘hit them till they cease functioning’, I would totally go with that. And it is much easier to use social skills on people after you disarm them than after you kill them.

As a DM, it could be fun to spice things up! Believe it or not, I do not actually try to kill my players (or their characters) too much: I try to give them fun fights.

Enemies using something off the wall like trying to disarm them could be cool. Also seeing their favorite sword being disarmed from them would in many cases be scarier than just taking the HP loss. Some players like giving their characters a veritable arsenal, so disarming them just gives them a chance to show off with a new weapon. As a DM I think I should try this out.

Settings where magic/psi is tied to objects. This one immediately calls to mind Harry Potter, where wands were extremely important, and lo and behold: Expelliarmus was a thing (the disarming spell).

Fire Emblem is another setting where mages use items to fling magic (though they usually carry backups, but in a serious fight you could do well to take out your foes favorite tome).

Winning the battle of public opinion is critical. In full 4 color supers/full gritty supers (where (suggested by starslayer), this can be a thing. I have been watching the old He-Man cartoon, and he seems kind of like a Super, and he definitely is a major disarm fan.

My recollection of Smallville: Superman doesn’t lose his skills when affected by Kryptonite, just his Strength, so he could well try to disarm Kryptonite away from someone even when he can’t hit like a truck.

So when the gauntlet is thrown, I decided “why not take a shot at it?” Hopefully these will help spur some thoughts.

The Disarm mechanic is dead simple, so there is no reason there not to use it, and I think could well add some fun to the game when used . . . . but does seem to take some mental contortions to figure out when it should be used. 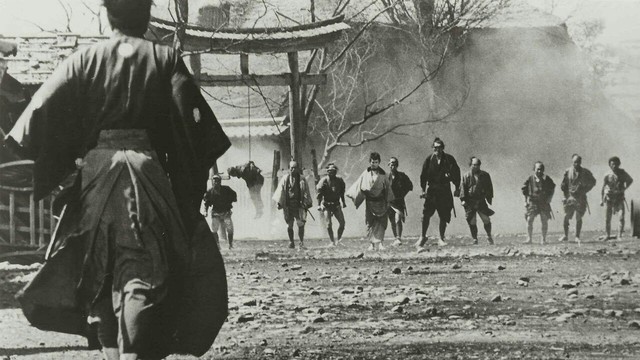 I would love to see more topics on such things in the future, especially Setup Attacks, as I really would like to see more discussion of them and when/if they should be used!

Also I think no post about disarming should be complete without mentioning it is often a cool thing for Samurai to do, and Samurai are cool, and Doug likes Samurai and GURPS, so hopefully mention will come up!