As a GURPS player, I both love and hate Danger Sense.

It’s a great “get out of jail free” card to have in your pocket, in that you notionally get warning (or at least a die roll) to see bad things coming. It should make you hard to ambush, hard to sneak up on, and hard to get hit with random acts of God and man without at least having the chance to get out of the way.

So I love it, and there’s enough realism there in terms of sensory fusion that the concept doesn’t bug me.

But I hate it too. Mostly because it’s a passive ability that is so very, very easy to to forget. “What about my danger sense!” is bad enough in its way. It means potentially haranguing the GM about it whenever it might come up.

It’s also burden-shifting. Really, this sort of passive ability is in the GM’s hands nearly all the time. So it’s shifting workload to an already laden individual. 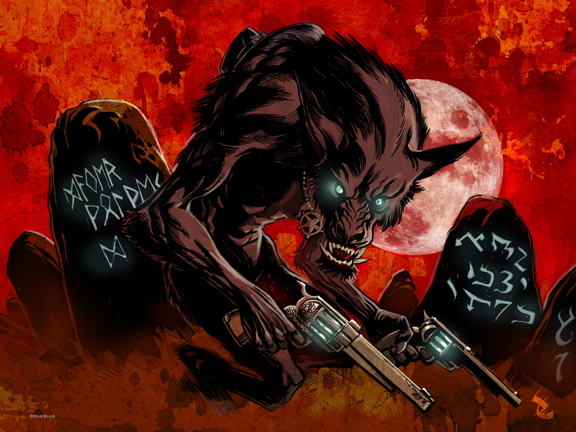 And after a long workday, with a few glasses of wine in me . . . Danger Sense just ain’t on my mind. So it winds up being points wasted, because it’s either used too much (and is annoying), or not used at all (because one forgets), or is a burden on the GM who has to play it for you, and then gets yelled at when yeah, the Perception roll fails and you really don’t notice the lecherous werewolves with guns* coming for you.

And with all the mechanical improvements that have come about since 2004, I have to wonder if Danger Sense is really necessary anymore.

Active abilities – even raw, naked metagame abilities – are nice because they are completely above board. I spend a character point or bonus point or wildcard point or luck point or a re-roll based on a high tactics skill, and the bad thing that was about to happen  . . . doesn’t. Or does, but doesn’t fall squarely on my shoulders as it would have.

There are a lot of things where you could use them much like buying successes. You step from behind the pile of crates, and the GM says “you are spotted by the guard.” And that’s because he’s rolling Per+10 because it’s close range in plain sight. You’ve got two choices: spend 1 metagame point to have him reroll that Perception roll (plain sight – you’re still toast), or right the heck then, you spend 2 or 3 such points and you get a funny feeling and “rewind” to before you stepped out from behind the crates to begin with.

The sniper shot that would hit you? Spend a point and get a reroll, or two or three and you just duck.

There are so many good metagame currencies that exist now in GURPS that I have to wonder if the passive ability that is Danger Sense is really needed anymore. I know my current supers character in +Christopher R. Rice‘s game, Ian “The Commander” Owari, has Per-18 and Danger Sense and what we just realized should have been Tactics-22 or even Tactics-27 in a firefight. But we forget a lot of the passive abilities, and rarely use the active re-rolls from Tactics, because we get swept up in the moment for one, and metagame “oh no you didn’t!” moments can be jarring for players and GMs alike.

But lacking this sort of foresight (or Foresight, from Pyr #3/53) is a big deal to the character concept. And having it be an actively managed pool of ability would be much easier for all of us than the passive, in the background Danger Sense.

*That’s from an old phrase I used to use when describing how to do interval training. Run for 60-120 seconds like you’re being chased by . . .

2 thoughts on “My Danger Sense is Tingling”