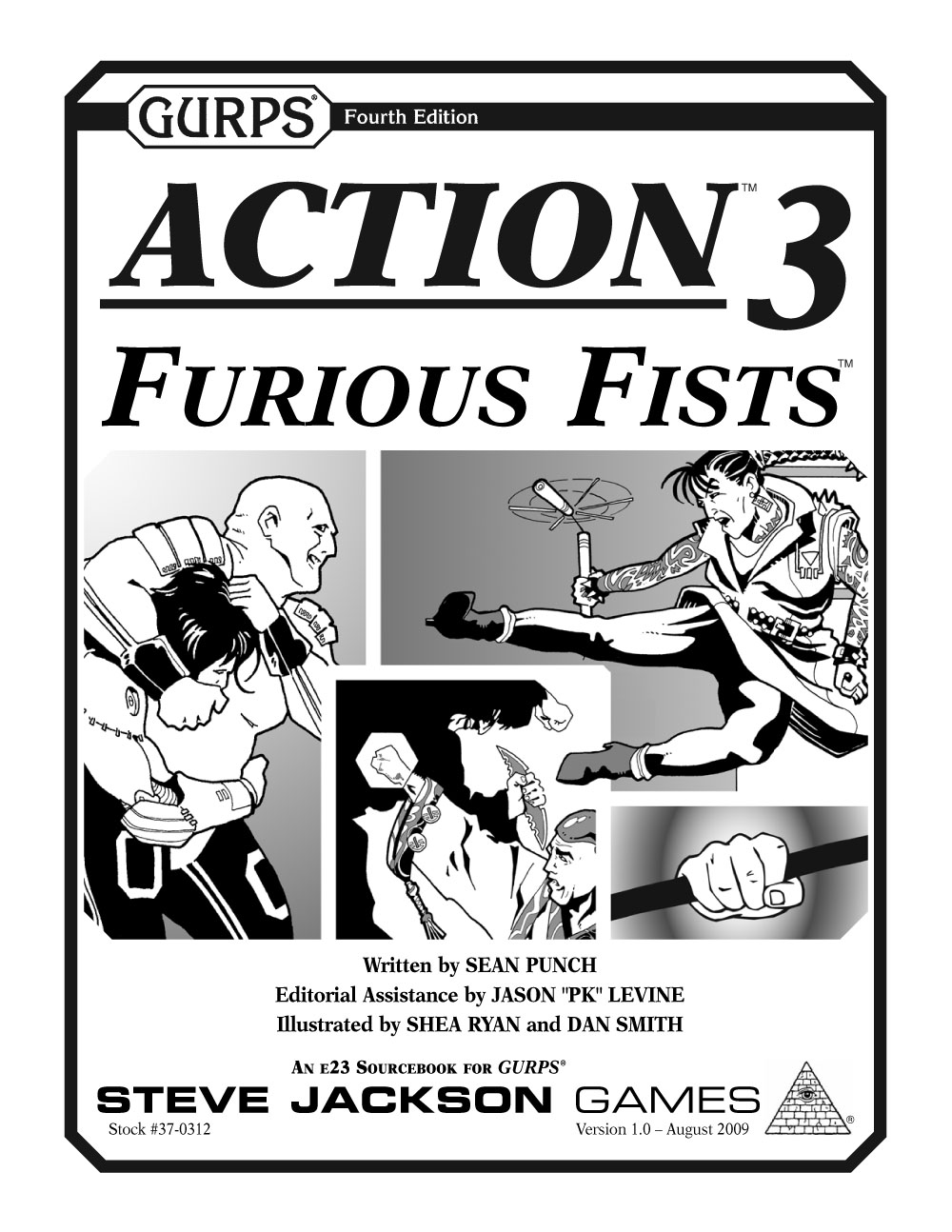 GURPS Action 3: Furious Fists brings Kung Fu fighting to the Action series, and it’s a little bit frightening, since it packs a lot of rules goodness into 23 content pages with expert timing.


The Action books (Action 1 and Action 2 reviews from prior posts) have a tendency to pack important points into the introduction. Furious Fists follows Action 1 as having a vital mission statement easily accessible but too-easily missed. For emphasis, let me repeat it:

GURPS Action 3: Furious Fists cuts to the chase and offers rules for creating and playing martial-artist PCs with a straightforward role: Defeat bad guys in situations where guns are forbidden, too noisy, or flat-out uncool, and kick the butt of rival martial artists.

The emphasis has been added by me. These rules are not designed to make you bulletproof, and sprinting into a hail of gunfire will meet with the same level of success as it did in the Boxer Rebellion.


The chapter starts with advice – use the template lenses to spread your points around non-combat skills, because your template is of the “beat people up with your feet and fists” variety. It probably begins the heavy trend of “customization notes” that mark the later worked-example books as so valuable.

Finally, a new lens, Wise Master, is available for those who want to focus on quiet strength and Will, Perception, Chi, and IQ-based goodness.


The subsection on Lenses closes with a large box on Campaign Types. It gives some nudges on how to fit character types into each style of campaign, noting that police officers rarely behead people with swords, and that playing a martial artist commando still means you need to figure out how to deal with guns without getting dead. This advice – namely you can’t spin kick a bullet – is repeated frequently in the text because GURPS does not convey automatic script immunity to chop-socky fans.

Another large box gives an 8-step program to figure out the final melee damage of martial artists with complicated power-builds. This is a great example of usefully front-loading calculation once, and then simply using that number for the rest of time.

Next-to-last is a big section called “Some Bulletproof Advice,” which details how to keep martial artists alive when bullets are flying. Some alternate rules, lots of stealth (they can’t shoot you if they’re incapacitated with their triggers untouched), and the 4Ds of bullet survival in GURPS: Dodge, Drop, Duck, and . . . Dodge. Failing that: Luck.


The book offers five new templates, each with a niche that supports a certain type of play.

The Big Guy likes to wade in and deal solid hits to his foes. With high ST and the highest HT of all the templates, he has the moxie to take it as well as dish it out. It offers five ways to customize the template that deal with how the big guy fights. From MMA to sumotori to a streeght fighter.

The Fast Guy is your archetypical martial artist, and the section starts out with a fantastic quote from the Brandon Lee/Dolph Lundgren movie Showdown in Little Tokyo. The template’s DX is sky-high, HT is adequate, and the ST is almost too low (I’d buy it up to 13 or 14 to give that 1d thrust rating).

The customization notes allow the float like a butterfly boxer, the standard technique master, and the aikido “use their strength against him” advice, plus a few more.

The Ninja is a little less dexterous, a little smarter, and slightly less hardy (lower HT) to pay for that choice. You can be an infiltration expert, a master of stealth and striking from out of combat, a modern-day electronics whiz, or the batman type that uses stealth to get close enough to engage in an unfair fight, but not an assassination.

Finally, the template is rounded out by a very unusual “martial artist” type – the Traceur. These acrobatics and running experts are a first for most of the RPGs I’ve seen, but they are a very interesting character type. The focus here is on DX and HT, with ST an dIQ being fairly unexceptional. The template is filled with jumping, acrobatics, climbing, and balance. Plus Running. Lots of running! The customization notes highlight variants. The Free Runner is a master of urban acrobatics, and YouTube is full of these guys. The Monkey is the vertical element to the Free Runner’s horizontal. The punk is a streetfighter with lots of acro to move around the battlefield, while the Urban Explorer seems to be able to navigate any structure, though isn’t in it for the flashy.

Finally, the weapon’s master, who at least is bringing a knife to a gunfight, if not a sword. A bit higher ST, suitably high DX (but not as high as the Fast Guy), and OK IQ and HT. Weapon Bond and Weapon Master are, of course, required.

Customization is basically by weapon type. Knives, swords (fencing and the traditional katana-wielding Bride), and sticks make up four of the five options, but there’s a fifth: the Sarge, for adding a bit of hand-to-hand beatdown to your military types.


This chapter makes up about a third of the content of the book, but has, by far, the most Table-of-Contents entries, since it details all sorts of abilities that might be found in a martial artist.

In the Advantages section, each martial artsy advantage is detailed with a “how it applies to Action games” hat on. Some special mods, such as a variant of Zeroed for Ninja, provide worked-example tweaks for these modern cinematic games.

The Perks can be a lot of fun. Any book which includes “Deadly Pose” for extra-intimidating kills and dismemberment is worth a read. There are some real gems in there, too, such as a perk that exempts you from “nuisance” rolls to judge the success of “off-screen” parkour and climbing, allowing very rapid off-camera movement (the prerequisites for this are high).

The technique chapter re-introduces many of the techniques found in the Basic Set and GURPS Martial Arts, but just pre-prices allowed levels (so you won’t see Disarming (A), you just buy the level you want from a list. There are a lot of techniques listed, and some of them – notably the pakour/free-running ones – are new, I think, with this volume. Very handy for other game types.

As always, anyone can try a technique at the 0-point level (and that skill level is listed for each one).


Pretty much what it says on the tin.


The last three pages of the book (well, almost the last, but p. 26 is the index) give some Action-oriented combat rules that are particular to martial artist types. 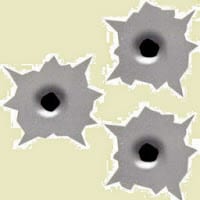 As noted by the author himself, adding this much detail to an Action game can take it out of the ‘fast and light’ regime and into the ‘get pizza while Bruce Chan and Norris Van Damme figure out how many times they have to roll dice here.’

That’s a bit of an exaggeration, but there’s a reason +Peter V. Dell’Orto, one of the authors of GURPS Martial Arts, chops down the list of available options in his Felltower Dungeon Fantasy game. Too much detail is just too much detail, and there’s no getting out of that. 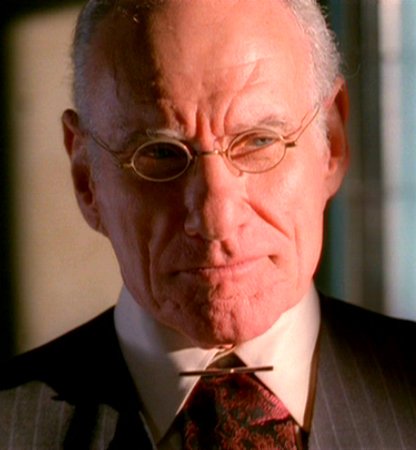 If you heard that in the voice of Adlai Niska, well, that’s OK.

The gems in this book are the simple and extra combat rules at the end of the book, plus the boxed texts that really provide great advice as to how to run these campaigns with hand-to-hand character types in a world of guns.

I haven’t written about it yet, but this advice works. In actual play, first-hand experience. You can be on a foe, take him out, and disappear into the shadows. You’re Batman, and it doesn’t even strain verisimilitude if it’s done right.

This isn’t my favorite book in the Action series. The best is Action 2, which I frequently refer to as “the gift that keeps on giving.” Next-best is the yet-to-be-reviewed Action 4. Action 1 is required, but not terribly gonzo, and this fits right in there with that one – good, solid, professional advice on how to build effective characters for an Action game, paired with good, solid, professional advice on how not to get lead poisoning while doing it