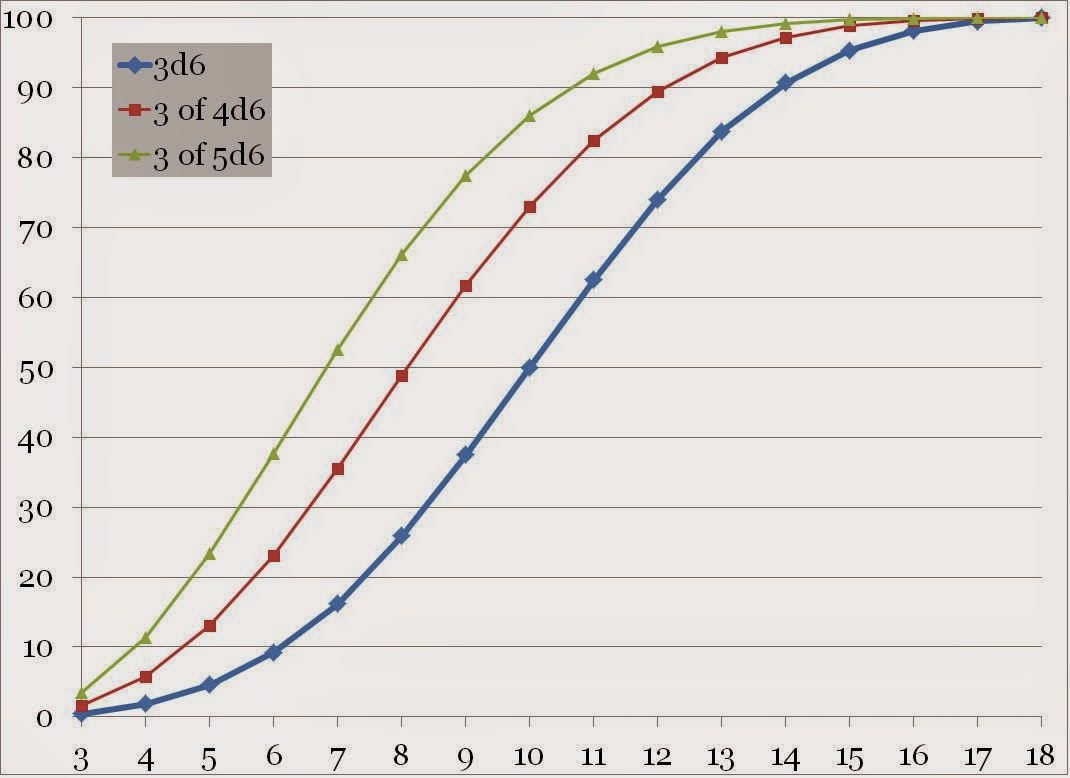 Over at Bat in the Attic, +Rob Conley thought about using the D&D5 Advantaged/Disadvantaged mechanic in GURPS, or for 3d6 rolls. Basically, roll extra d6s, and pick the lowest three.

I’ve written about the D&D mechanic before. More than once.

This has the beneficial aspects you’d find in D&D, in that it keeps the die roll in the usual space, but alters the probability of a given result for the better.

This scenario only works when you really, really want to not modify the roll. GURPS is so modifier-heavy for most things that I’m not sure this mechanic is the right fit, though it’s worth thinking about when you would want to do this. One area that would be interesting would be in (for example) a hit location chart, where you might use this (or 4/5d6 drop the lowest) to deal with locations struck from an elevated or prone position.

Where else would this apply?

5 thoughts on “Advantaged Rolls in GURPS”