I received word from the shipping company that the books should be dropped off at my house tomorrow around lunchtime. Hopefully the forecast will remain accurate (hah ha HA HAH HA!!!) and it will not rain.

Regardless, this means I can start getting the USA physical orders shipped out right away.

I got to talk with Che Webster for the third time about a month ago. We talked about adventure design and a few other topics of interest.

As always, Che is a delight. The interview started at 6am my time, so he helped me focus. Some. That was important.

I joined Che Webster this morning on his Roleplay Rescue podcast.

This means there were a few times I lost the thread; too much blood in my caffeine stream. But by and large, we had a great chat.

The conversation was pretty wide-ranging, and there were some really fun moments; Che’s a good interviewer and the topic was interesting to both of us.

Look for it in about a month.

Quick Review(s) of The Dragons of Rosgarth, Forest’s End, Norðlondr Fólk, and Hand of Asgard from Gaming Ballistic for the DFRPG

Then high praise over at Don’t Forget Your Boots. To the North!

If you’re interested, you can find the books set in Nordlond on the GB Store:

After much toil, four new books in the Norse-inspired Norðlond setting for the Dungeon Fantasy RPG (Powered by GURPS) are now available on the Gaming Ballistic web store in PDF form. 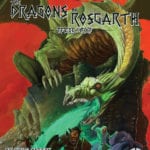 A dragon has come again to Rosgarth Castle. He hopes to ascend, becoming an Elder Dragon. They ruled the world for countless thousands of years. He believes he has found the way to do it. He may be right.

In the Norse-inspired realm of Norðlond, 100 miles south of Rosgarth, signs and portents, rumors, and reports all say the same thing: If brave thegns do not stop the threat of the dragons of Rosgarth, a new Ragnarök threatens. 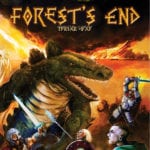 Far beyond the safety of Audreyn’s Wall, the ambitious noble Dalmar, his wife Freythor, and their lifetime friend and lieutenant Tobias carved a new settlement out of the dragonkin-infested wilderness. The planning and struggle is to come to fruition with a grand celebration in front of the King’s representative. Dalmar will offer up the Konungsgjöf and petition to be named Jarl of Skógurenda: Lord of Forest’s End.

Skógurenda is in peril and does not know it. The only questions are if external or internal threats rip the town apart first … and if a party of adventurers, newly come to the town, are mighty enough to save it. 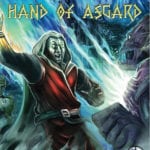 Within the book, you will find 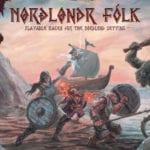 Inside Norðlondr Fólk, find a whole new world of playable races for your character!

A Word of Thanks

The Nordlond Sagas Kickstarter campaign offered all four of these books. Production was delayed a bit, and then the COVID-19 pandemic made things even harder. Hard-copy versions of each book will be made available, but printing and shipping are probably going to stretch out until May or June at best. The wonderful backers of the project allowed – and in many cases insisted – that the PDFs be made available even without the print books being shipped. So thanks to them for understanding!

Today I made the final edits to Hand of Asgard and Nordlondr Folk. Both of these books are being printed by Mixam, and will be done in the US for US people and in the UK for the Rest-of-World. I have placed the US order, which they tell me will arrive on my doorstep next week (!!). I wound up ordering 300 copies of Folk and 165 of Asgard.

The UK order is much smaller: 80 for Folk and 55 for Asgard. I’ll be placing that later today as well.

In both cases, reprinting is fast and easy, because they’re small, stapled, and local. So I don’t have to worry about “how many to order overseas or local so I don’t run out?”

I have also received the final round of quotes for Forest’s End and Dragons of Rosgath. I’ll be ordering 500 of each, 150 to be delivered to the UK (for about 75 orders), and 350 to the USA (for about 210). They’ll be sewn-binding, digital print…same paper quality used in the 2nd edition of Hall of Judgment and Citadel at Nordvorn.

I anticipate a month to print, and another month to six weeks to ship to me. As usual, getting them to the UK is likely faster, and Kixto will be handling fulfillment for me again when they get there.

Even so: that means it’s probably going to be mid-May before Rest-of-World fulfillment begins, and maybe late May or even early June before the US books start going out.

In anticipation of putting the PDFs up for sale – and thank you for your understanding on that front – I have closed the pre-order store. Once I get Forest’s End and Rosgarth finalized and spun out for printing, I’ll first send out “last” updates for the PDFs (there always seems to be one or two formatting things that creep through; some of that is the ‘style guide’ is (a) a moving target, and (b) somewhat subjective at times), then put those files up on Gaming Ballistic.

Some time later, they’ll be available at Warehouse 23, but that will probably be a month or so. Print copies at W23 and Gaming Ballistic will obviously be in the summer.

All of this is to say that the general public will be getting a look at the books later this week if things continue to go well.

Should they pick up copies? What about Hand of Asgard, which lags behind the other books by a third or so?

Folks won’t know unless you tell them. So if you have reviews, comments, play reports . . . please throw them up online. If you have a blog . . . make sure I know about it so I can put it up on the GURPS Blog Roll that I keep on Gaming Ballistic. If you don’t, but still want to say something . . . send me an email and I’ll publish it on my own blog.

So, major milestone today, with a few more coming later this week.

Today the last of the art came in for the Norðlond Sagas books.

Nordlondr Folk and Hand of Asgard, both by Kevin Smyth, wound up right on target at 16 pages.

Forest’s End, by Merlin Avery, grew to 96 pages by the end.

The Dragons of Rosgarth, by Kyle Norton and Douglas H. Cole, came in totally swole at 112 pages.

I’ll be taking a short breather, seeing if my outstanding proofers catch any remaining errata, and then getting these to the printer.

I will probably offer the PDFs for sale on GURPSDay this coming week: Look for them on Gaming Ballistic on March 26 in PDF.

Pre-orders for printing will come shortly. I may open Forest’s End and Rosgarth up so that if many not-the-USA orders come in, I can compensate with a slightly larger splice of the books to the UK for international shipment. The smaller books are easy: they print at Mixam in both the UK and USA, so if I need more, it’s a piece of cake.

I’m coming down to the end for The Dragons of Rosgarth. Today, “thanks” to Coronavirus-related school shutdowns and social distancing, plus a pair of kids who happily kept themselves occupied productively for nearly nine hours, I got the hyperlinking and indexing done. I also realized that I’d missed a whole page of unique magic items (the source of the Bang’a Gong errors, as an example).

But it all got done. Plus lots and lots of errors corrected in the main text and bestiary.

A few more pieces of art came in too.

So now I feel like I’m down to a few pieces of art, maybe a few “please fix my name” things.

This means that if you have any changes to request on ANY  of the four books, please make them now. Let’s assume that the last changes I made to the other three were made the last time I sent out files. So if there’s something in Nordlondr Folk, Hand of Asgard, or Forest’s End that you haven’t sent me using the new errata page, please take the time to do it now.

If things go to plan, I’ll have all the remaining art by the end of the week, and I’ll start placing 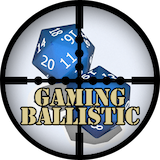 The new submission system is working out really, really well. So I’m going to insist that all new requests for changes use it.

Thanks! So very close!

It has been a regrettably long time since I’ve posted here. But some personal and GB-professional things finally went to the to-done pile, from what seemed like a perpetual to-do. I hope this bodes well for my sanity, and the blog, going forward.

The real news for the publshing track is of course #2, but the mental, financial, and time-related drains on my energy from #1 were huge.

So hopefully in about a week the final PDFs for Nordlond Sagas go out. Then I take a short break for myself, and start digging into the next TFT project. Three of five manuscripts are already in, and the three together represent 48 laid-out pages . . . contrasted to The Dragons of Rosgarth, which came in at 112.

So this is a much more tightly-bound project set coming up, and I will have the mental and financial wherewithal to have a LOT more of it completely done by the time the crowdfunding campaign launches.

I should also have more bandwidth for, you know, actual gaming. I have some personal friends and family for whom I want to run some games, and an online game I want to join . . . which happens to be set in Nordlond. My setting. So woot to that.

More gaming means more writing about games, too. So that’s to the good. Needs to liven up in here.

I thought I’d share an art preview. If you like it, you can pre-order the book on Backerkit!

The Lady of Life (Rick Troula)

The Trickster/God of Mischief (Juan Ochoa)

The God of Wind and Sea (Juan Ochoa)

So, that’s the art for the book. I hope you guys enjoy it as much as I do. If so…maybe you want to pick it up?