After something like a three-month pause (Peter says 1/9/2015), we return to the Castle of the Mad Archmage. We’d abandoned the arena, and returned to Level 3, looking for stuff to kill and loot in the fine, grand old tradition of delvers everywhere..

After shooting the breeze for nearly an hour, we got down to business. We were moderately loaded with healing potions, so Rul went shopping, and bought 3 more for 500gp. We decided to continue to avoid the mass of Hobgoblins to the Northeast (“because there’s a ton of them and they have a terrible Treasure Type.”) We elect to head to the area round the pink room, and as per usual, the three ST 16-17 characters all fail to open the door, rollng 5-6 three times on 1d6. Odds of that? 1 in 27.

Guess we need to find another door.

We do, and then Rul actually managed to kick open a door. The occupants of the room are dead, standing, and they turn to look at us but don’t turn to attack just yet. There are four of them.

“Greetings, denizens of the underworld,” says Mirado. We don’t see any treasure about – we say “sorry guys!” and leave.

As we walk, Minister finds a secret door as we go, and opens it. There’s nothing obvious, but we continue down the corridor, finding a dead-end. We all fail the secret door roll, so we miss the obvious second secret door in the dead-end corridor.

We come to another door, and Rul opens it this time. Lots of locked doors. There’s a number on the room, so we at least get XP. There’s a bust with crazy hair, on top of a pedestal. It speaks: “Green. Out. Light. Bird. Boat. Club. Cook. What five letter word can be added to these words to make new words?”

A secret compartment opens, and there’s something metallic in there – a large brass key. We kick in the door, Mirado is not surprised, and we roll initiative against a “Stun Jelly.” A very large stun jelly.

Mirado stabs the stun jelly, hitting with a 21 for 4 HP. Mir gets hit by the stun jelly for 4 HP. Peter slices for a few HP, and Rul and Minister miss. Rul hits this time, Mirado takes a HP of damage from his blood drinking sword by rolling a 1, and Minister nails Stun Jelly for 10HP.

Peter gets hit, and barely makes his saving throw, and takes 1 HP.

Then Rul gets hit for 5 HP, is paralyzed, and it moves in to envelop Rul. If we don’t kill it this round, I take half-damage after. But Peter kills him in the next round.

I’m paralyzed for 80min though. They prop me up next to the Beethoven head, hang their armor and shields on me, and use cantrips to take selfies of my paralyzed body. But inside the stun jelly, there’s 35gp and 8pp. Which is not bad for selfies.

We press on, hang a left at a turn, and roll a random polyhedral die in a random roll-low method, and Mirado kicks open the door. There’s no description or number,so we decide in this room, there are spectral warriors moving spectral clowns around on a sand table, which itself is mounted on a 5% slope.

The door opens up anyway, and a large ogre with a bunch of orcs behind him. We win initiative, and Mirado hits him with his ogre head. Rul hits for a major blow – 12 HP, in addition to Mirado’s 6 HP. Ogre’s still up.

Minister sees a dozen orcs behind the ogre, so Minister casts sleep, and rolls 2d6 for 3 – putting three to sleep. The ogre moves into the hallway. The ogre targets Mirado, wielder of the ogre-head (“Was this your brother? Cousin?”) and hits rolling 21, for 9 HP.

Mirado puts the ogre down with a mighty 10HP blow, but misses his cleave. The orcs look more determined than ever. Rul rolls four hits with two natural 20s, killing four with a mighty flurry of blows. The remainig four orcs miss, and once again we gain initiative. Rul kills one, but no joy on the rest. The remaining three suddenly surrender.

We drag these three into the room with their sleeping buddies, and Mirado gets to work starting to recruit them. He’s like that. He’s always the one that wants to talk to the Lynx. And he speaks orcish. “We are recruiting. You are my subjects. We are your new ogre chieftain!”

He flexes a lot as he talks, but his CHA 10 makes it Hans and Franz. “You ah now paht of owr teem!” BUTT FLEXING!!

We tell them that we’ve no intention of killing their women and children, so they join up.

The new three wake up, and go for their weapons. We try and convince them that we’re their chieftain, by shoving the dead ogre’s dead face into their midst. The orcs admit we’re a chieftain. No, we’re their chieftan. You are A chieftain. Mirado has enough of this badinage, and kills one. They run (all of them) in all directions, and we follow the one bolting out to the north.

Out of the door pops the hill giant. We’re told missile fire is impossible, and out come behind the hill giant a large number of orcs and ogres.

We win initiative, and it’s time to throw fireballs. Minister throws an 18 HP fireball, and all the big guys make their saves. The first five orcs in the rushing onslaught are all turned into crispy critters.

The hill giant misses, an ogre hits Rul for 8 HP. Minister gets tagged for 15 HP, which drops him down to 11 HP left.

Mirado and Rul team up on the hill giant, doing 14 HP between them. Minister gets his magic missile on, versus the ogre that hit him, hitting the ogre for 13 HP. He’s reeling but up.

The giant misses Mirado again, even with +10 in bonuses. The ogre misses Rul, but hits Minister, who’s only got 11 HP left . . . bringing him down to -3. He goes down.

Rul rolls like the fifteenth 6 for initiative, which is good, ’cause we need it.

Mirado hits the hill giant for 10 HP, finally killing it, and cleaves, missing. One ogre on each of us, both hit. Rul takes 9 HP, Mirado takes 15 HP. Mirado kills one of the remaining ogres. The last hits Rul, rendering him unconscious. Mirado takes down the last ogre, after being missed in a simultaneous excahnge.

Mirado threatens the orcs; they do not attack. He then heals Minister, bringing him to 3 HP. Minister heals Rul up to 9 HP. Rul heals himself back with 3 regular healing potions, now at 23 HP.

Peter’s the only effective at the moment, though. We have HP, but need to rest. 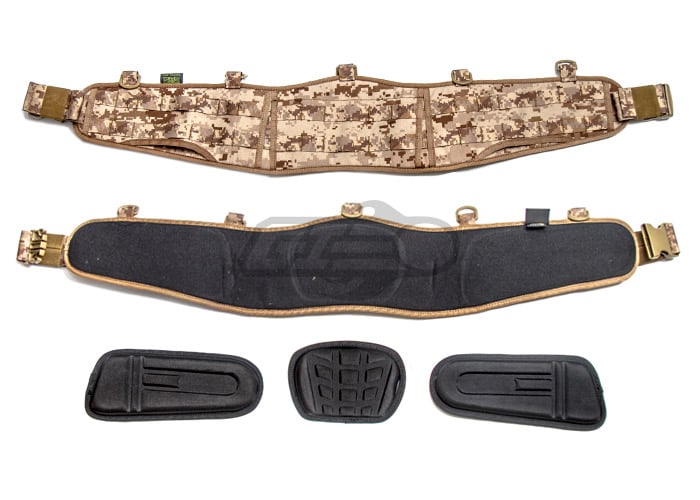 The downed hill giant has a few gems in his sack, and a belt or something wrapped around his arm. Turns out it’s a Belt of Fortitute, giving +1 HP per HD.

There are about, well, 8-9 orcs in the hallway, and more wandering about. And still more gather. Mirado growls a warning, and we limp out of the dungeon to rest and heal. We give the belt to Minister, to balance out his twenty-something HP total to keep him alive.

We want to go kill some orcs, vengeance. When we get back, there’s a giant barricade in the hallway. Hrm. We try and make our way to an alternate route. We open a door, and find, on a shelf, four bottles of old Aventian wine. Nope. valueless, turned to vinegar.

I got 99 problems, but a ditch ain’t one

We decide to try our luck crossing pits to get to the orc area. We take some construction stuff and make a bridge, but we run up against another barricade. Drat.

We decide to leave a sign in orcish, saying “By order of the Mad Archmage, this illegal barricade must be removed immediately, or horrible magical torture awaits all within the two walls. To Plead No Contest and Pay the 95 GP Fine, Check and Sign Next To The Box.”

We decide to go tear down the northwest barricade

We both roll 1s, and are surprised by 7 giant centipedes. Ooo. Save vs. Death monsters.

Two attack each of us, but of course three are on Minister. They spend their surprise round missing us. Because they’re coming out of the garbage, no one can get more than one cleave. Our round comes, and we kill 5 of the 7. The two centipedes win initiative for the next round, and miss. Peter squishes the remaining two.

We continue through the barricade, and see that they rolled out a very old ballista, which they loose at Mirado as he peeks around the corner. It screams by his head, missing, and after they fire the orcs flee.

We burn it all, since we’ll never get it up all the 5% slopes.

We carefully scout out the area. Noise to the north – wailing of children, stuff being moved around. We bypass it and head back to where we had the big fight, looking for another. Nothing. We keep looking, find a door, and this looks like it was a barracks, within the last couple of weeks. It’s now abandoned.

We continue to make the orcish circuit, filling in blank spaces in our map. Some empty rooms, but we also find on the south wall a viewport, like on a ship.

We find another door, open it, and find three full-sized statues: a female elf, a halfling, and an orc. Rul the imprudent goes into the room, and Minster follows. The door slams shut, and the halfling comes alive, then starts shapechanging into something else, while attacking Minister. He misses.

Rul hits for 7 HP, while Minister fires off 10 HP worth of Magic Missile. Next round Minister steps in for 8 HP. Mimic misses, and Rul crits, hitting for 12 HP. Minister adds his 9 HP, and the thing is still up, but reeling. 7 HP more from Minister, and the mimic falls.

Mirado knocks quietly on the door, and asks “are you done yet? I didn’t want to attract any wandering monsters.”

We search the room, and find nothing We push over the statues that remain out of spite – we hate orcs so much we’ll even kill orc statues.

We continue on, and barely avoiding getting hit by a Lurker from Above. In our turn, the three of us hit for 25 HP total, each hitting solidly. Lurker misses Rul.

A few more blows traded, Rul for 10 HP. and the Lurker hits Rul for 24 HP on a crit, and then hits for 8 HP more as it slowly crushes me to death; Rul’s down to 8 HP now.

Rul hits from inside for 4 HP, and Magic Missile hits for 14 HP more, killing it.

Whew. Mirado hits me with a healing spell and I quaff a potion, bringing back 19 HP.

We look around for treasure, finding none. Alas.

We contiue to wander around a bit, revealing more and more random bends. We find one more door, and just have to kick it in.

Or try. Mirado kicks poorly, but Rul busts it open. And six theater masks are hanging on the walls. Sadness, Happiness, Chorus, Neutral, Oaf, and Age. “Which of us is telling the truth?”

We just close the door, because most of us have been drinking and it’s 11pm CST.