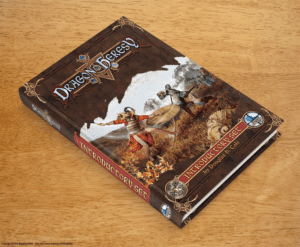 As always, the last 48 hours of a Kickstarter are crucial. One can frequently match the first two days’ funding totals in the last two days, and for Dragon Heresy, if we did that, we’d be seriously flirting with the big stretch goal at $16,000 for an offset run with sewn binding.

But let’s back up a bit.

What is Dragon Heresy?

Dragon Heresy is a stand-alone Fantasy RPG based on a grittier take on the Fifth Edition game engine. It uses a two-level target hit roll, and differentiated between skill and endurance (“vigor”), injury (“wounds”), and retains Fifth Edition’s excellent use of Conditions, including Exhaustion. You do NOT need other Fifth Edition books to play the game; character generation, combat, social standing, flyting, grappling, wilderness and survival, and monsters are all in the book. 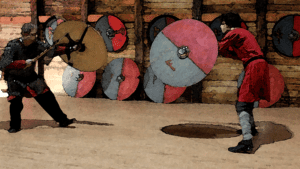 The setting is strongly Norse-inspired, which influences the cultures that are playable, but also the mechanics, since the vikings’ use of lightweight, buckler-gripped shields as very nearly the primary weapon heavily influenced the combat rules options.

Finally, it integrates one of the best grappling mechanics written for such games, making grappling interchangeable with striking on a blow-by-blow basis. One new player played a dragonborn berserker whose primary weapon was a net with no slowdown in play, full use of the rules, and outstandingly fun outcomes.

No problem. I’ve done a lot of that – here are some additional resources for those who wish to check out the project

There have been two reviews of the pre-release copy of the game (it’s fully written).

The Kickstarter: What You Get

There are only a few pledge levels

What Can You Do?

Obviously, the best thing for me is for you to head over and pledge. It’s a great game, with a great layout, and even if I do say so myself, the initial book block (the interior pages without the binding) from the most likely vendor unless we hit the big offset print goal are simply superb.

48 hours to go. Please check it out, and pledge if you can! 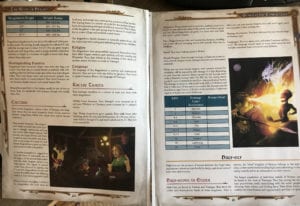 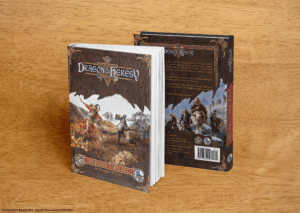 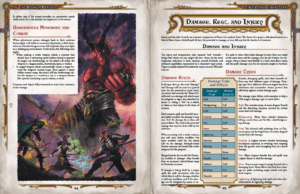 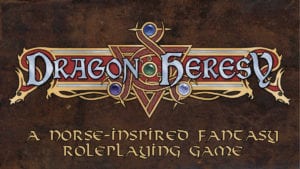