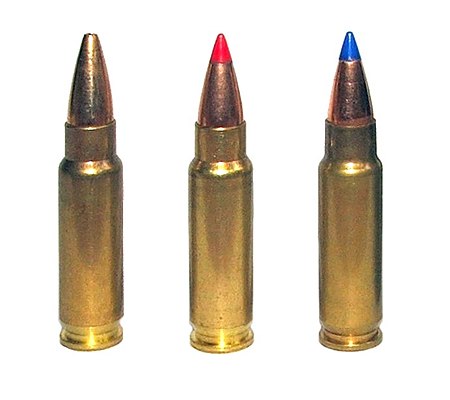 The 5.7x28mm SS190 cartridge was brought to market by FN-Herstal in 1993 (replacing the even lighter, plastic-core/penetrator tip SS90) in response to NATO’s search for a new kind of weapon for vehicle crews and behind-the-line combatants. It was designed to deal with the perception that body armor was going to be more prevalent on the modern battlefield (thus far, not terribly true), and that the somewhat ancient 9mm pistol did not have the killing power and effectiveness that was needed for such troops (that one’s certainly true).

FN really attacked the penetration angle, designing a (relatively) high velocity round that featured a steel penetrator tip.The SS190 will penetrate about 9″ into ballistic gelatin after punching through a Level II vest, which is roughly DR 10 in GURPS. If the 9mm pistol typically is on the order of 18″, that makes the overall penetration around DR 15 or so, giving an idea of it’s penetrative power after the AP is applied.

Justifiably concerned about wounding power with such a lightweight round (roughly half the weight of the NATO standard 62-gr 5.56x45mm cartridge), the bullet was designed with a steel penetrator tip with an aluminum base. The construction (see pictures below) means that the bullet will break into two pieces (it more or less starts that way) after penetration. Arguments still abound over the wounding power of this round. 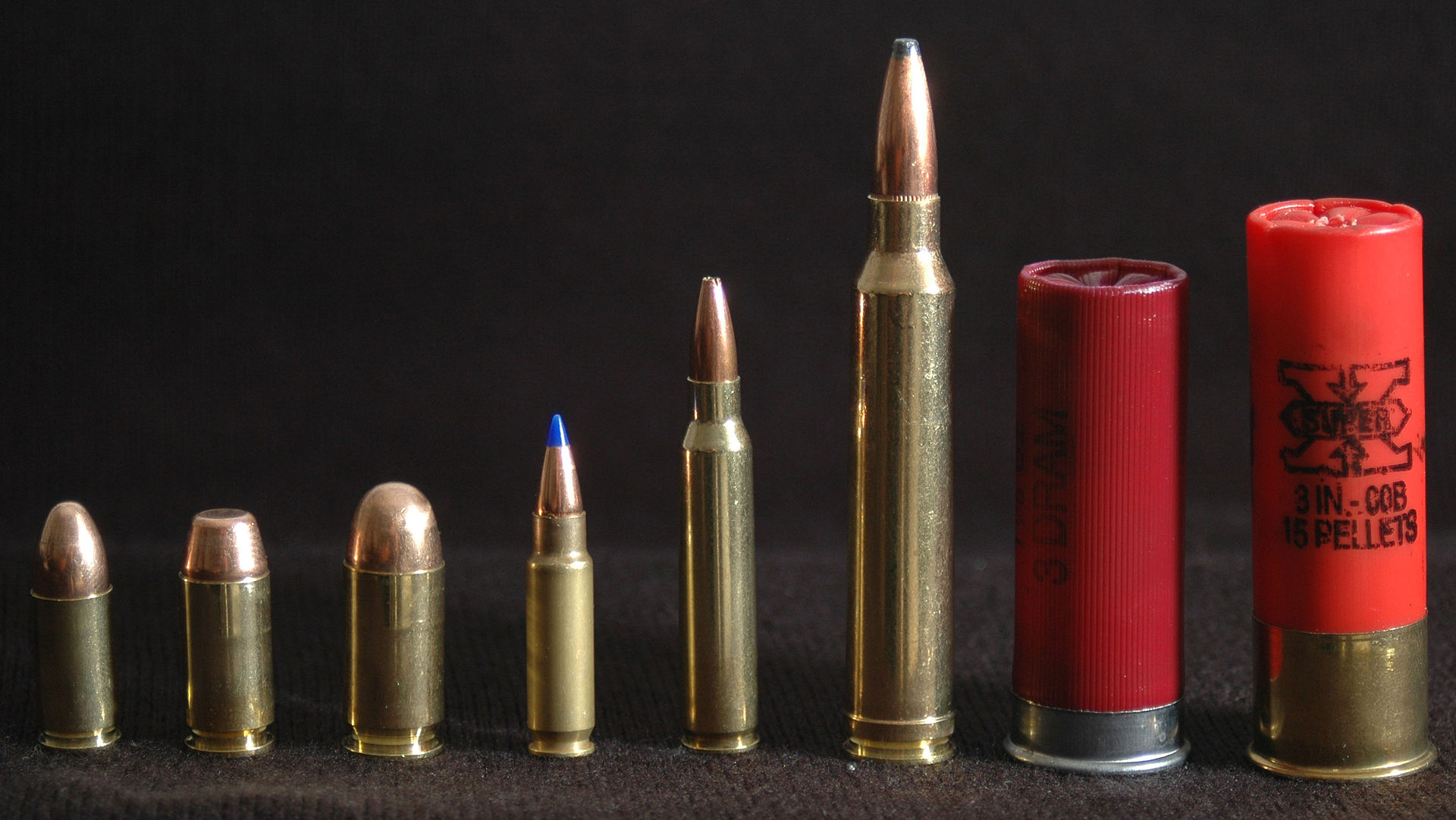 The one thing you have to know about the various PDW cartridges is that the stats that will come out of my ballistics calculator are almost certain not to match up with High-Tech. The basis for calculation was slightly different.

That being said, one can see that the 5.7x28mm cartridge is definitely pistol-class, even out of long barrels. The bullet well and truly earns a pi- rating, and even a bullet that tumbles and fragments will probably only barely earn a pi rating if the GM is feeling generous. From that perspective, unless the GM is using some sort of calculator or feeling generous, the lower pi- rating of all of the bullets will mitigate towards the highest energy round possible unless the goal is to push it through a suppressor, in which case the heavier, slower, lower energy SB193 will be called for, giving up some penetration in exchange for (relative) silence.

So, here’s the chart:

The P90 uses a 163mm barrel, which puts the KE-based damage for the cartridge at about 3d-1 using this model (compare with 2d+2 in High-Tech). The trick here is that the High-Tech stats give the basic round the full armor divisor of (2), the only resolution that GURPS can provide. With a more-realistic divisor of 1.25 to 1.5, and looking at the “penetrates about DR 15 ish” above, we can see that a net damage rating of 3d-1 (1.5) pi- would penetrate to about DR 15, but only do about 4-5 points of wounding per shot. This is roughly consistent with the observed performance of the round, though 3d-1 (1.5) pi or 2d+2 (1.5) pi would not be tragic, either, retaining the DR 13-15 penetration observed in body armor testing, but wounding like a 9mm pistol.

One last thing: I’m dubious about the penetration statistics, though it is hard to argue with data. DR 15 is quite nearly the penetration of a M4 carbine, a cartridge with over 3x the energy and similar cross section.

As noted earlier, the JHP load likely won’t expand sufficently to mathematically eke out a boost in damage, but for GURPS purposes, a good rule of thumb here will be to subtract two points of penetration (so the pistol becomes 2d (1.5) pi and the PDW is about 2d+1 (1.5) pi ).

The other important load is the 56gr and 305m/s SB193, designed for subsonic use with suppressors. That is 1d+2 pi-, with no armor divisor. Aim for the head, and fire a lot of bullets.

There are basically three classes of platforms – or rather, two concrete weapons, and then another class of “if you want this cartridge, you can . . . “

The Five-seveN pistol is the companion piece to the PDW that formed the basis of the cartridge. It has low recoil, a 20-round capacity, and the long overall length relative to the 9mm and other handgun cartridges means that one needs monster hands to completely enclose the grip. The relatively low damage of the round means that it’s wise to fire more than once, but then, if something’s worth shooting, it’s worth shooting twice. Or more. If you can handle the grip, I suspect that putting bullets through more or less the same hole is the rule of the day.

The design platform for the weapon is the P90 PDW, a compact weapon with an unusual layout and even more unusual magazines. They top-load, and eject through the stock. The overall length and compactness of the weapon make it very handy for entry and close-quarters work. Despite the claims of 200m effective range of the platform, I suspect that nearly all of the work done with this weapon (and it’s found its way into service with numerous SWAT-style teams internationally) is at 50m or less, where penetration is maximized, the odds of getting multiple rounds on target are very high, and the teams can rely on multiple hits and compound wounding tracks to incapacitate.

Both the pistol and PDW can be found in High-Tech.

The final class of platforms are weapons like the AR-57, which is basically a 5.7x28mm upper receiver, complete with top-loading magazines, mounted on an AR15 lower. The magazine in the photograph to the right does not feed rounds, it catches them – it’s hollowed out with the spring and follower removed. Personally, I’d probably try and line such a device with felt or something, so as to minimize the rattle, but one can also just remove the ersatz brass-catcher and let the rounds eject through the mag well. The barrel of this weapon is 16″, perhaps even squeezing out 3d+1 raw damage, but certainly earning 3d. Such uppers seem to retail currently for $700-750.