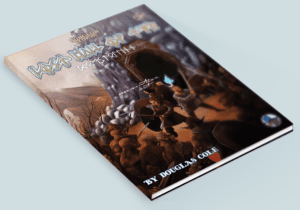 I’m thrilled to be able to report that Lost Hall of Tyr physical copies have been mailed to the backers that ordered them, and I now have stock of the softcover on sale through my web store.

Lost Hall was a grand and fun experiment. It was a GenCon scenario designed to show off both Dungeon Grappling and peek into the Etera setting that will be more sharply featured in the upcoming Dragon Heresy RPG.

In both respects, the peek was successful. Reviewers commented that the inclusion of Norse and pseudo-Norse elements were well done, while both convention games went quite well, and of the fifteen people that played it, even the one I thought based on body language was going to have harsh negative feedback had nice things to say. Those that walked away with a comment all noted that the system made grappling fun, for the first time in many cases. 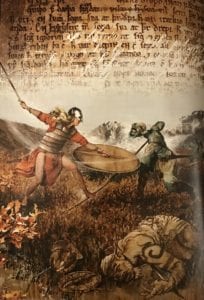 I still have a few things to do before I can post my final “tale of the tape” for financials. As noted, my splurging on a piece of art by a top-shelf artist was a risk I took gladly, and it’s a gorgeous image. Net/net on release, though, it probably cost me about $500-1000 more than I brought in from the Kickstarter to make the book. All things considered, that’s not bad, and once again I delivered PDF and physical rewards months ahead of time. PDFs were delivered two months early, and updated with tweaks and fixes since then, including a full bookmarking pass. The Physical copies were not promised until April, and so were a minimum of three months early.

So: Lost Hall of Tyr. Go get it. It’s available for 5e and Swords & Wizardry, and includes a Dungeon Grappling quick-start for those curious.