Thursday is GURPSDay, Valentine’s Day, and a great day for the Dungeon Fantasy RPG.

Dungeon Fantasy Monsters 2 was put on the “watch this space” calendar. SJG doesn’t do teasers – they’re either ready to rock, or they keep quiet. So look for this one.

Also, The Citadel at Nordvorn will go live on Kickstarter on Tuesday, Feb 19. Return to Nordlond about 250 miles east of Isfjall as the raven flies . . . and check out the Kickstarter preview. 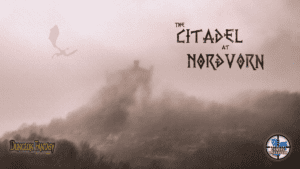