It’s another GURPSDay, and here’s the last few weeks of posts! My 8th Kickstarter, Norðvorn Sagas, launched on September 10, and funded on the 17th! We are now at 125% funding with more than three weeks to go. Given the trajectory of Kickstarters, we’re estimated by BackerTracker to hit over $30,000, well past the highest stretch goal. With help, we may even do better. This was helped a whole lot by a surprise addition.

The Hand of Asgard presents additional options and guidelines presented for Clerics who choose to devote themselves to the worship of just one instead of the pantheon as a whole. Also included are more than twenty new Holy Might abilities available for Asgardian Clerics and Holy Warriors to bring the word . . . or the sword . . . to those that need it. 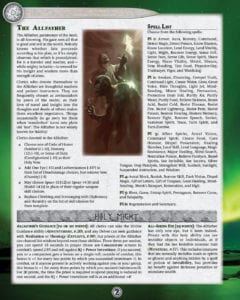 The book is 16 pages long, in 8×10 format. It is available as an add-on to a pledge level, rather than as part of an existing pledge.