Skip to content
A one-hour interview with GURPS Line Editor +Sean Punch. In the interview, we cover GURPS‘ strengths and weaknesses, compare and contrast it a bit to other game systems, muse on the state of the RPG industry, discuss “realism” in games, and much more. At the end, Sean talks a bit about how to write well for GURPS, now that the pipeline seems to be open again.

This is my first video interview ever – not just for this blog. I will be attempting to add useful content to this post over time, including (eventually) a text transcript of the entire thing, since I find it entirely annoying when I have to play a video to get good content. So stay tuned.

Oh, and at the end, Sean throws down a bit of a challenge, which I will gleefully take up when I’m better at this: a panel discussion featuring more than one key player in the GURPS space. As was said about the Six Million Dollar Man, “we have the technology,” and there’s no reason such a good idea should go to waste.

I provided Sean a list of questions ahead of time, but other than a few moments where I forgot that the interview is not about what I have to say, I mostly let him talk. Here are some notable moments, messages, and themes:

I would be remiss if I didn’t thank Sean for giving me so much of his time to conduct this interview! 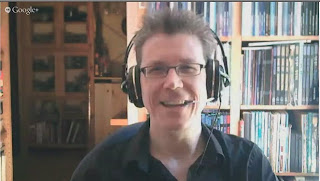 Again: in case you missed the embedded link, here’s a full-text transcript and an MP3 file of this same interview.

Links to GURPS various style guides and templates, from the Wish List: