March 2014’s RPG Blog Carnival is focusing on Virtual TableTops and Online Gaming. I invited VTT creators to chat with me briefly about the state of VTTs, and what’s the future of online RPGs.

This evening I sat down for a brief chat with +Doug Davison , President of SmiteWorks, the company that owns and develops Fantasy Grounds.  We spoke for a bit more than an hour, and he gave me a pretty detailed walk-through of the program. We spoke a lot about Pathfinder, which seems darn near fully implemented in Fantasy Grounds, but talked a lot about GURPS support – and in between this interview and its publication, I received and accepted an invite to play with a group for six hours, using Fantasy Grounds to play a GURPS Banestorm campaign.

In any case, here’s the interview!

I’ve been filling out a bunch of tables for a Castle & Crusades add-on today and one of the tables is a 2D12 with a lookup instead of a straight d8, d10, d20, etc. This is actually supported in our table roller and I just didn’t realize it during our presentation. You simply add the lookup for values 3 through 18 and then include a description or note to drop 3d6 onto the dice icon. It will write the lookup result to chat log.

Here is a screenshot of dropping a 2d12 roll onto the table I referenced. 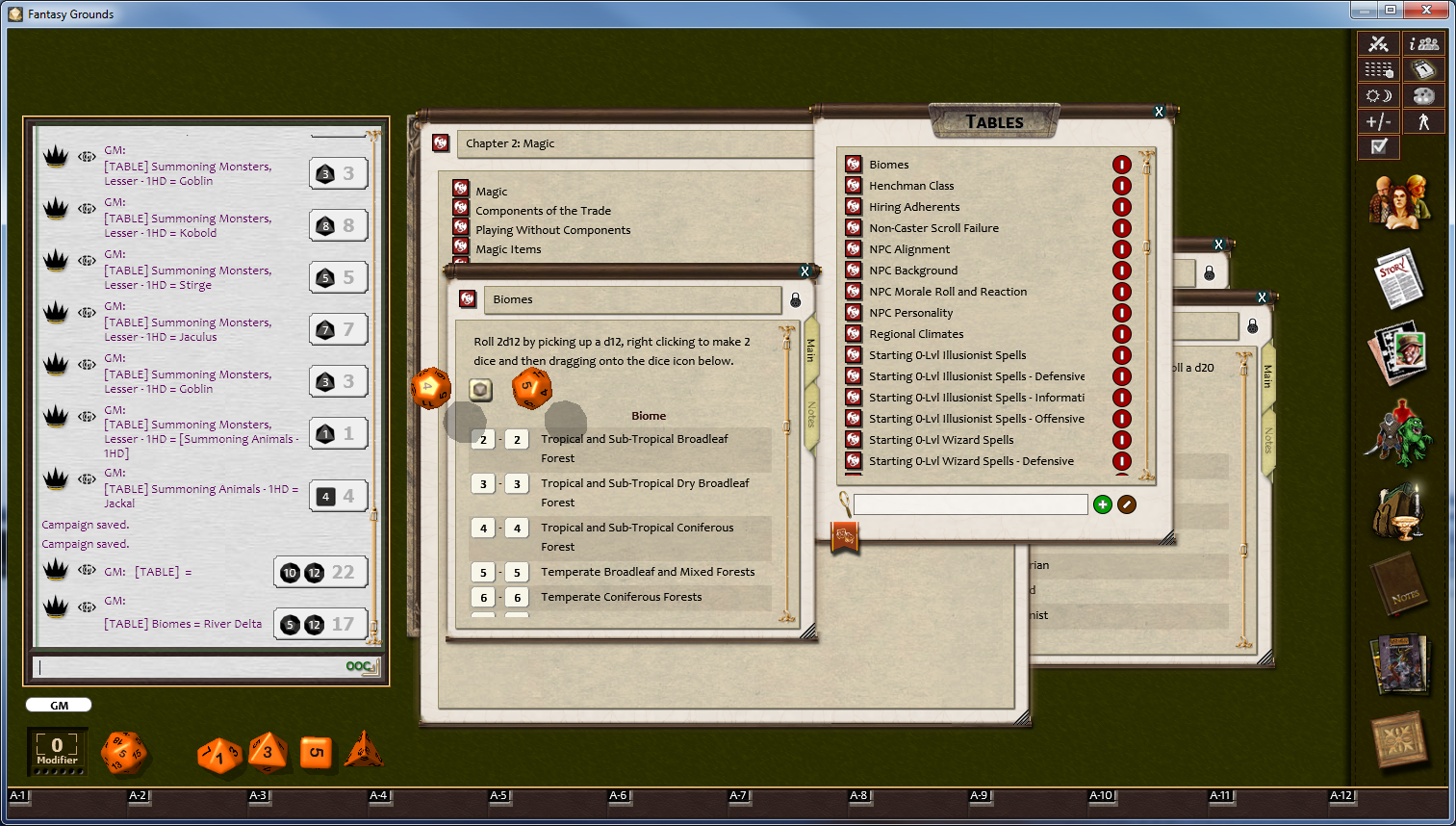