The Alien Menace game has given me some good insights into some of the slow and fast parts of playing high action tactical combat with GURPS.

Fair warning, this is going to be a bit stream of consciousness.

Much like life, the importance of telescoping time when you can – the “Cautious Advance/XCOM Movement” style where you get to take a full move, and then tack on a Wait and an optional “look around or do something else for a second” seems to be a valuable addition to the game. I like the fact that it gives each player simultaneous agency to move around, but puts known limits on it. I can know when a turn of player movement will cause someone (good guy or bad) to cross a fire lane, or force a Per roll, and can fall back to one-second turns appropriately.

What do you need? Math. Lots of math. 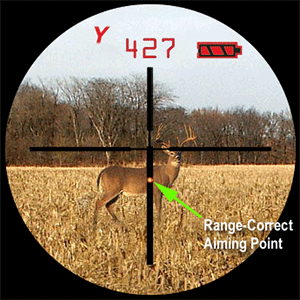 Actually, that’s what you don’t need, especially in play. In any given shot with a firearm or beam weapon, you will have (potentially):

Combat/Non-combat bonuses: Some of those are not applicable to any combat situation (a whole separate post on that later), but some are, such as the “up to +3” bonus you can get with a rangefinder. And lots of games in the TL8+ regime can easily feature rangefinding. The Burris Eliminator scopes do rangefinding and automatically compute an aim point elevation (no windage yet). Is all that really means is that of the up to +10 for this stuff that you can get, there’s probably something like +3 for risk, +3 for range, and +4 for ideal environment. Note these are non-combat bonuses, but that’s an imperfect categorization.

Maneuver Selection: There’s lots you can do, and I’m working with a new set of house rules that actually give more options, not fewer. Still, even with the options of record, there’s a lot you can do. Aim, All-Out Attack (Determined), regular Attack. Move and Attack. That’s all good, and not particular to ranged combat.

Bracing a Weapon: This is, in a way, easy. Modern three-point slings give you that extra +1 all the time when you Aim, rather than just sandbags or bipods like in Basic.

Range Penalties: The ever changing, precise awesome that is the Speed/Range table is one of the best things in GURPS . . . but it comes up every time and required an adjustment to skill every time. 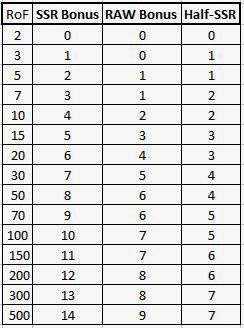 Rate of Fire: We’d been using a Size/Speed range based RoF modifier instead of rules-as-written, and I think I overcompensated. When a 10-round burst gives +4 to hit, it’s going to wind up better to just blaze away than to Aim. I prefer a scaling where the typical 3-4 round burst gets a bonus to hit, since that seems to be a fairly universal practice. +Mark Langsdorf had a neat system for Rapid Fire, and we tried that. The S/SR table is easy, I’ve basically got it memorized, but I think that the speed at which bonuses accrue is too high, and drives some behavior where aiming is basically as good as throwing huge amount of lead downstream. Yeah, you’ll have to reload, but at the skill levels we’re talking about, that’s by and large done out of combat. Very few foes can withstand the number of hits that these RoF bonuses mete out, so you can blaze away for a magazine or less, kill your foe (especially when it’s many-on-few, as the current scenario has been), and reload calmly in your own time. +Peter V. Dell’Orto uses a gun with a 100-round drum (quite similar, likely, to the image above) and so he can go for 8-9 turns of full auto fire and not have to worry about switching out. Anyway, that’s too much, so I’ll probably go with a modified system using the half SSR column in the chart to the right. That way, aimed fire with a rifle is about as good as throwing 4200 rounds per minute downrange as far as hit probability goes. I’m good with that.

Hit Location: This can be particularly important since “torso” isn’t always a great choice for piercing weapons if you play with blow-through rules. We’ve been making good use of a random location table, which has led to the lament for limb armor. Guess they should capture some alien with good materials science in there, eh?


I’m thinking that amalgamated bonuses, and maybe some range bands, are the way to go here. I’d like to have it such that if the players are attacking and attacked as a group, it’s less likely (not impossible, but less likely) that each round will feature four combatants with four different range penalties. Not “never,” but if you’ve got a group of guys at “SMG range” or something like that, then you just need to figure that the penalty for everyone is -7 or something. That might cut down on the turn-to-turn fiddle.

Likewise, I think our house rules are all well and good, but the players and GM need certain auto-combos of stuff that they use all the time. My guy’s shooting method is Attack, with a reflex sight, always braced for the sling, etc. When he aims, the following all come in, including All-Out Attack, etc. That means “method 1″ is +2, where the Aim is +7” sort of thing. This is fairly easily done in melee

The range bands is suggested strongly in Action, I believe – so I might well be reinventing the wheel here. But I think that using a Spaceships-like progression for range band penalties, a limited version of the Range table, might be in order here. We’ll see. Something like what is shown to the right.

The melee thing is there as sort of a lark, but at 0-1 yards of range, there’s no reason why you can’t parry a rifle or pistol, or use Telegraphic All-Out Attack to claim that +8 bonus . . . and that makes a bit more sense than the usual AoA(Determined) for range. Well, to me, anyway.

Edit: Not that much of a lark – see Close Combat and CLOSE Combat, GURPS Tactical Shooting, pp. 25-26!

Ultimately, what I want to do, and I’ll do it bit by bit as I get more familiar with the GM chair, is to keep the flavor and options for the players that is a primary reason to use GURPS – one of its niche applications – but make those flavors and options easy to sum up with tic boxes. +Eric hil has given me a few pointers on how to make this happen faster than I’ve been doing it with +Fantasy Grounds in the past, so that should help. It might not be exactly the series of keystrokes and mouse input I’d have chosen, but it’ll get the job done. Hell, if I want it differently, I should learn how to code myself – Eric and +Brian Ronnle aren’t the only ones that can do this stuff, and they don’t develop to my whim. Well, mostly.

One thought on “Observations on Guns Combat in GURPS”