Skip to content
Am I bound and determined to revisit and rewrite every GURPS rule?

No. But in writing Technical Grappling, I became very taken with effect rolls, in the vein of hit points and control points. The general progression of a hit roll followed by an effect roll is familiar and favored by gamers. 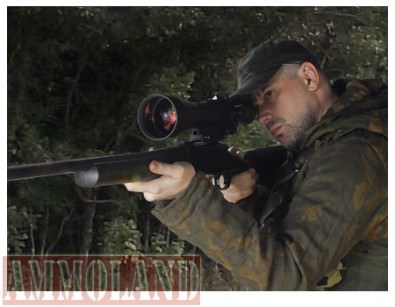 Personally, I like the differentiation between skill and effect.

Where it comes to On Target, this gestated for a goodly long time. I think it originally came from a basic unease with the Precision Aiming rules from Tactical Shooting. A series of somewhat vague, somewhat concrete misgivings with the direction of the rules, the amount of time they take, the determinism of them.

But I really did like the overall concept of rolling for extra aiming bonuses.


My instinct, quickly suppressed as being not-fun, was to use three rolls, rather than two.

An acquisition roll, in order to get the target basically in your sights. This should be basically a “no roll” situation for open sights, but might be much harder for finding a distant target through a scope.

An aiming roll and effect roll, which is lining up the sights or scope precisely on the target, with the degree of precision achieved being determined by the Accuracy roll.

One thing that never did work out despite testing was some way of trading skill for a boost in the effect roll. Some sort of All-Out Attack (Strong) applied to Accuracy. I played with the usual deceptive attack ratio of -2 to Aiming for +1 to Accuracy, but that might get ridiculous fast. If a typical pistol is Acc 3 (and it is), then a -6 to skill will add full Acc to the roll. Relatively speaking, that’s “just too easy.”

Of course, you might do something like every -1 to skill is +10% to Acc, which at (say) a maximum -10 is doubling Accuracy. That’s not tragic, but seriously, 10% per -1 is just mean. You’d need to have a different penalty scale for each Acc result, and, wow, math-at-the-table-bad.

Still, the overall desire to trade skill for damage is there, and some sort of leveled thing wouldn’t be tragic. Maybe some fixed thing, like -5 for +25% to Acc and -10 for +50% or something like that.

Eventually, I went with ignoring it. Roll for accuracy, if so, get your bonus. Period, and done.

The Acquisition roll makes sense from a real-world perspective, but adds an extra roll for the privilege of . . . aiming at all? No way. That would (and should!) make players revolt. No fun, so again no.

Home on the Range


One of the things that got tweaked a lot during playtesting was the concept of whether or not, and if so, how much of the various penalties you should take. 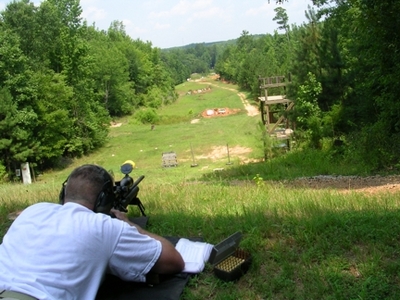 The basic Aim rules are easy and range independent. Declare Aim, and whether your’e aiming at a huge target at close range or a small target at 1,000 yards, it’s equally easy to line up. The limited bonus even on high-Acc weapons mostly takes care of stuff.

My testers and I ran through some scenarios, and settled on a middle ground. It should be harder to line up distant targets – and therefore take longer – it was felt. A no-penalty roll was too easy, and it was simply too difficult to line up long-range shots will full penalties. So an intermediate was selected.

A Broad Range of Awesome


One of my favorite things that I did here was to broaden the scope of maneuvers, for both attacks and aiming, to the full scope of offensive maneuvers +Peter V. Dell’Orto and +Sean Punch introduced in GURPS Martial Arts. The concept of All-Out and Committed Aim and ranged attacks? Love it. With full symmetry.

A couple new options that solve a few common quandaries in ranged fire were introduced, and again, proud of them. The availability of Step and Wait has been debated on the forums, and I personally allow it. The ability to cover an area, or a single line of fire, is a common thing in real life, and I wanted explicit mechanical coverage.


This is the same thing as treating certain quick contests in grappling – such as my recommendation that damaging locks and whatnot be treated as an attack. This allows using the normal GURPS rules to do things in cinematic glory, because those rules are easily applied and well understood.

One thing that did draw some questions in playtest and review was why I insisted on not invoking Multi-Strike for an Aim and Shoot action using Extra Attack. In my mind, this was more similar to a feint and attack rather than two full blows, for one. For another, honestly, the act of aiming is where most of the tough part is, and I didn’t see the sense in slapping on an extra point cost for squeezing a trigger.

The Quick and the Dead

The most potentially unbalancing, but also the most fun, new cinematic rules are for Quick Aim. Being able to aim as a free action, akin to Fast-Draw, can be a big deal. But because the roll always suffers the Bulk penalty – which cannot be bought off – this should remain in the realm of super-gunslingers. If not, try doubling Bulk penalties instead. So Quick Aim with a handgun will be at -2 to -6 (mostly -4), a carbine or SMG is -6 to -8, most full rifles are -10 to -12. That will force people to use smaller, handier weapons to claim that bonus, which may well impact the choice of weapons in a very realistic way.

Overall, this is one of my favorite of all the alternate rules I’ve published. Sure, The Deadly Spring was a fantastic research challenge, and The Last Gasp adds something to GURPS that can really make fights change their tone. But On Target is, I think, just a more satisfying way of handling the act of pointing and shooting a gun in GURPS, and I’ll not be using anything else in my games. I love the Accuracy and Aiming rolls, and seeing the players make meaningful tactical choices about aiming, and then get to roll dice. They find this very satisfying; it feels like they’re doing something – taking a risk for a potential reward, and not just sitting at the (virtual) table and saying “Sigh. I Aim.”

But don’t just take my word for it. +Jake Bernstein  took On Target (or an early version of it) for a test drive seven months ago. And +Christopher R. Rice also got into the game, and . . . well, listen to what he has to say.

Douglas’ On Target, also (and originally) known as Alternate Aiming, has been in the cooker just over a year. I first got a gander at it in February 2014 when he posted it to the Pyramid Mentoring Group’s mailing list. I knew damn near instantly that this was something I wanted to see developed.

After Doug got it into shape, I started using the rules in my campaign – and I have used them since. I know that Jake Bernstein put in a lot of hours too, but I think I was the only one using it in a real game until Doug used it for Alien Menace.

My gaming group, the Headhunters, actually full-on revolted when I tried to not use it for a campaign setting. Since I run my group like a pirate democracy (co-GM is chosen by the players, who then elects the GM), I basically had to backpedal. I’m kind of glad I did though, because it let us find a few holes in Doug’s original design.

Overall, I love the rules. It’s hard to do “simple and playable” with “complex and flavorful,” and I mean hard. But Doug pulled it off and I’m really proud of what the system finally became.

One particularly memorable moment in one of my campaigns involved my best friend, C.. He was playing a man out of time in modern day, and just nailing his role. At the climax of the story arc, the PCs had to stop an evil witch (C.’s character’s wife) from summoning her demonic patron.

Everything was going fine until several snipers began to fire on the PCs from the nearby lighthouse. In a moment of sheer badassitude, C. decides to kill two snipers with a single bowshot. Taking penalties for the Dual Weapon Attack (-4 for shooting two arrows at different targets), targeting the eye-chink (-10), 30 yards away (-7), and aiming “instantly” (-6). He proceeds to roll back-to-back triple 1s, rolls an 18 on the critical head chart, and maxes his damage.

Basically he made Robin Hood look like a chump.

I actually stopped the combat for a moment to make sure the math was right. It was. I instantly had to play Filter’s “Hey Man, Nice Shot.” It was just so awesome.

I think that was what sealed the deal for my players with the aiming rules. Nothing is wrong with the Basic Set’s rules – but they like these much, much better. If you have a chance, you should grab a copy of Pyramid #3/77 – Combat – and not just because Yours Truly is also in the issue – but because Doug’s managed to create an “advanced” rules set with a (pardon the pun) simple “point and hit” interface. I’m sure once you try his alternate rules for Aim you’ll never use the Basic Set’s again.