A long while back I got to attend a training seminar by the McChrystal Group. It inspired me to write a bit about using that business framework in RPGs, and in S2E7 of the Aeon game, it came up again.

How? We were trying to work out ways to use a recent treasure trove of information to split up our quarry, the selfish and violent Rep Singleton, from his major resource base.

As we were spinning plans, something was bothering me. Without rehashing it all, I felt that many of the plans were a bit convoluted, and also didn’t ring true to something that would not cause both our quarry and the mercenary army he used to lead to sit up and take notice of us rather than at each other.

We resolved this by reverting back to my six questions that all prospective evil overlords need to answer (or really, the GM must answer for them) in order for plans to make sense.

Without further ado, here they are again.

1. What will the world look like after the main actor gets his way?

There needs to be a concrete vision of the future here. Some picture – even if it’s twisted – where the main actor sits back with his or her beverage of choice (wine, beer, the blood of the enemy, whatever) and says “Ahhh. Now that’s how it’s supposed to be!”

If you can’t articulate that goal, then you need to keep going. I always rebel at the concept articulated in the Matrix movies – “What do all men with power want? More power!”

No. That power, wealth, or whatever isn’t usually the goal. In fact, it’s more like #6 – how you keep score.

But for our example case, as we were spinning plans to make it look like our quarry had betrayed this monstrously large power base, we needed to ask and answer a question – what could be worth it? He had access to a powerful army, influenced them heavily from behind the scenes, and wielded the power of life over death for any within his reach.

So . . . why betray something that huge? Either the end goal was revenge over someone, and he was willing to burn his resource base to get it, or his goal was to end up with something bigger. By perhaps offering up secrets from the one organisation, he can roll up and either collapse or assimilate his other competitors. And maybe even make a play for ruling the world (that sort of goal is more plausible with certain in-game and real-world mental disorders).

But we then had a few ideas for things that our quarry would like to see the world look like when he’s done, and that made the rest more plausible.

Turing it around, we then asked ourselves the same question. What would the world look like when we were done, as heroes?

Well, we wanted Singleton in jail, stripped of power and influence. Both because we promised, but also because he was a corrupt, violent man that was gaining in influence an using it to hurt people. As heroic types, that’s a problem. 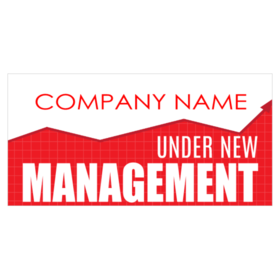 We also wanted Blue Skies, the massive and powerful Private Military Company, to not have an army of 500 metahumans trained like SFOD-D. The redeemable should be working with other hero teams to help people. The neutrals should be left to guide themselves. The criminal should be brought to justice. Mostly we focused on the metahuman component there, but we seemed to have joined Team Iron Man for the moment – that much force needs a responsible check. And we also wanted to dissipate and disperse Blue Skies without leaving a spectacular power vacuum that would just allow it to be re-established “Under New Management.”

So that’s what our world would look like if we win. That let us get on to other things.

Heck, even more locally and immediately, we wanted Singleton’s wife safely in Witness Protection, Singleton arrested, in jail, and out of power, and not a single soul interested in his redemption.

2. What are the main actor and his helpers willing to do to achieve their goals?

Methods are important. We knew from the data dump that both players would be willing to do pretty much anything to achieve their aims. Blue Skies wants to remain the premier PMC, and probably has other goals of their own that we will need to figure out in order to oppose them effectively, especially since we have hard evidence of the atrocities they’re willing to perpetrate to accomplish whatever mission they’re on.

For the heroes, we are much more circumscribed, which is one of the things that makes us heroes. We’re much more tightly tied to the rule of law, to evidence, proof, and justice, due to our sanction by the MAPS program. Like a mini-Avengers team.

So we won’t purposefully cause plans that will hurt anyone but our quarry – Cannot Harm Innocents deliberately. We have chosen to work within existing power structures, but are willing to engage with some fringe elements such as hacktivists, and The Pusher, to ensure that the known violent criminals will be brought to justice formally.

Because almost certainly we will not be willing to, say, simply shoot the old management in the head from 700 yds. Or engage in a systematic anti-metahuman purge. Avoiding that was the climax of last season, so no.

And right in the moment, our S2E7 plans included lots of shady behavior, but we tried to break as few laws as possible. We were constrained in how we sought evidence, we tried to ensure that anything we did discover was not fruit of the poisonous tree, so we could act within our status as legal agencies and not vigilantes. We came close in a few places, but managed to do this right.

3. What does the process of winning look like to the main actor?

For setting up Singleton, we decided that winning looked like his selectively leaking information to competitors to set them up to be either eliminated or assimilated, so that eventually Singleton could sit at the head of an even larger PMC, also integrate Blue Skies, and either set up a government of his own, or continue to wield influence within the US government. That seemed plausible enough, and such machinations were part of ye olde data dump.

For The Cavalry (us), that looked like getting ahead of, and stopping, major illegal activity and various atrocities that Blue Skies was involved in. It looked like getting to the other metas who could be influenced and enticing them to leave Blue Skies behind. And it looked like the company tearing itself apart from within, since we didn’t have the resources to take them on directly.

Again back to S2E7, winning looked like Singleton telling his wife to get out of his sight to ensure he wouldn’t harm her, that we got enough data to help keep Singleton from exerting enough power to find and punish his abused spouse.

4. What does the main actor need in order to win?

This is part of the strategy part. What resources do we need, or did Singleton need, to get with the winning part.

For him, he needed clandestine contacts and arrangements with other PMCs and with large clients. Planting such evidence (especially variations of real evidence, which we had lots of ) to indicate that he was setting out to displace or replace the Board of Directors at Blue Skies, as well as start into another business for himself. So he needed money, contacts, independence, and plausible deniablility.

For out plot against Blue Skies, we need Singleton and Blue Skies focused on each other. We need to get Blue Skies’ key players likewise at odds with each other. We need access to the metahuman ranks and a way to pick off the ones that are good-natured enough to join the forces of light and sweetness. We need to have data as to their plans so we can interfere with the most egregious of them. We will need a way to keep our activities from betraying the fact that we have compromised their files and are reading their mail.

For our S2E7, we needed a distraction to give Leslie Singleton a reason to be first seen by her husband, and then to be told to leave – he had to want her gone. We needed a distraction that would keep him busy while we got her to Witness Protection. We needed a safe room that simply could not be found. We needed the information to prevent future follow-up attempts. The fact that we got all of this and enough data to start nibbling at Blue Skies was a bonus.

5. How does the main actor go about getting what she needed to win?

This is all about tactics, and it’s flexible. In the case of breaking up Blue Skies, we’re still working it out. For our notional plan for keeping Singleton on the run, we just needed a few hits here and there to keep them focused on each other.

The details of the tactics we used to get Leslie out were detailed in the play report.

6. How does the main actor know if his plans were succeeding or failing?

This is all about metrics. Concrete win/loss figures or some sort of scoreboard that we can use to determine what courses of action are worthwhile, and which are not.

For getting Leslie out, we were looking for how smoothly our plan went according to the timeline, how many contingencies we had to pull out (like dealing with metahuman protection instead of human bodyguards), and the extent we got data – almost literally ‘how many counts of criminal activity can we score evidence for?’

We didn’t do as well in pre-establishing metrics, so that’s an area we can do better on in the future.

The use of these questions to figure out what a person or organization will do has helped me a lot in working out plotlines – even complicated ones – for my gaming. If I have (say) a Vampire Overlord near the top of a Vampyramid/Conspyramid, what is it they’re trying to do? What will the world look like? What about the competition? What do they think the world should look like? Where do those things overlap? Where are the different? What resources does each faction need to win? Are they the same or different?

All of this will drive how the bad guys carry out their plans. And those plans will make sense – or at least be consistent – because the tactics will be directed at getting the strategic items that the orchestrator needs in order to “win,” in order to bring about their new world.

The “nice” thing about this framework is it can also be used to logic your way through the illogical. If your Cthulhoid demigods are trying to rewrite reality, you can still get to “what do they need to do this?” and then drive tactics and plans.

If you’re working up Hydra or some other Nazi-like classically evil organization, you can work through the things they’re willing and unwilling to do, and what winning looks like – and look to real history to find metrics, horrific as they are.

And for the good guys? Working through at least one good answer to these questions will restrain the worst Leroy Jenkins impulses, which can lead to fairly campaign-destroying behavior at times.