The Rise of the Machines

So, we just made Ultron. Eamon is unconscious from using some sort of ultra-power.

Can we turn it to scrap metal? Retroactive termination? Prosecute for illegal immigration (technically, it’s somewhere between a natural-born and unnatural-born citizen).

She stands up, and looks around. She crawls out of the crater like evil robot spider Gwen or something. We decide to call her Natalie. Because Ms Portman was in Black Swan, and this robot chick is going to almost certainly kill us all.

We interact with her a bit . . . badly. Eamon is reacting more or less like, well, Kermit the Frog as we talk to her. We go from “What am I?” “you’re a person.” to Zephyr telling her that as a Buddhist, her responsibility is to the whole world. We cover ethics and morality in one sentence, courtesy of The Commander (“Ethics is what is proper; Morality is what is right.”).

We download some database stuff, and spend about 7 hours talking about a person’s place in the world, etc. We manage to install Code of Honor (Heroes), Cannot Harm Innocents, and Sense of Duty (Humanity). And five points left unspent.

Eamon “feels her up” with gravity sense – she’s about 65 liters in volume, and probably weighs about 350-400lbs.

Anyway, Ezekiel has a convenient “I will know your power” skill, as well as what can she do with it, thanks to his gadgeteer and other abilities. She seems to have some sort of ability to manipulate kyberian energy.

We start testing her powers. She runs as fast as Zephyr. She can’t duplicate Eamon’s gravity powers. She can also copy Ezekiel’s scanning ability. The Commander does a kinetic blast. She does also. The Commander does a one-finger hand-stand, and a bunch of martial artsy stuff. She mimics it exactly.
She has a hard time mimicking Eamon’s gravity power.

Merlin, out of character: “It’s almost like her modular ability doesn’t have enough points in it to cover Kyle’s power!”

Afterwards, The Commander is “forced” to “spar” with Katana (sigh . . . his future love) all night long. The double entendre is strong with this one. Fortunately, Katana’s fairly literal, or else she’d carve me up like tripe.

Anyway, she doesn’t get tired, either. Zephyr has her watch 28 Days Later. Great. Now she has a quirk “Afraid of Zombies.”

Anyway, we’ve been pointed at Camp Century – the old Cold War facility that was the cover for Project Iceworm.

We listen to the voice mail that was left for us on a prior mission. Blue Skies is trying to get there to get the last pieces of their superhero creator project. We do a lot of planning. We roll some Administration and Ten-Hut! to secure a C130 to Thule, Greenland. We seek out an old friend, a geologist and scientist, and Zephyr’s once-and-future girlfriend from a prior adventure, and give her a map of Camp Century, the ice sheet movements, and other data in order to try and guess where the records room might be. She puts together a fairly sophisticated model.

The Commander suggests that we come up with a modified dry-suit for cold-weather gear. We wind up getting micro-climate gear that’s good for any environment. But they only come in black. Or very very dark grey.

We think we’ll be dealing with twice our numbers in metas. It’s possible that we can stealth through the entire thing. We dig through the data from a long data pull on Blue Skies. A few bricks, at least one with a save-or-die type power, at least one kinetic, several ‘shapers,’ someone that can control an elemental force.

We also have several of Arc Light’s power-neutralization grenades. We think Ezekiel can whip up a tangler grenade that is oxygen permeable. We believe that The Commander and Eamon can attempt to choke out any bricks we run into.

Everything needs to be smarter, not harder, here.

Blue Skies is starting to roll out. They’re already there, but they clearly have no idea where they’re looking for – “they’re digging in the wrong place.”

However, there is something there that prevents remote vision  – we need to plan for the eventuality that we have no powers at all once we penetrate the base. So, the intended plan, in brief:

So, what do we need? 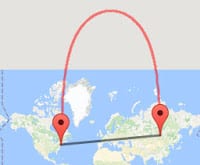 That’s probably as much as we can plan. The team will be The Commander, Zephyr, Eamon, Ezekiel, and Katana for metahumans, plus four Navy SEALS. Five would give us a partner, but Katana only plays well with her sister.