Saddle Up
We gather our team.
We’ve got  Max “Romeo” Smith, John Malcolm Thorpe “Mad Jack” Churchill (yes, a descendent of that one), Thomas “Spectre” Harper, Samuel “Crash” Burns.
Samuel isn’t allowed to drive anything, hence his name.
It’s a six-hour trip by C130 to the Northern part of Greenland. We use Eamon as a parachute to bring all of us down (plus the equipment). Romeo is hitting on Katana. Grrr. He draws the “point man” role thanks to that.
Ezekiel decides that going down by wingsuit is the thing to do; Zephyr takes a movie of our entire descent. It’s still better than the English Patient. We note that it’s snowing all around us, except where we’re going to land. It’s like -40 degrees outside, but we have e-Suits.
Zephyr readies a 2-shot limpet mine dispenser (6d(3) each) with super-stick.
Those of us with Detect Magic try and detect it – since it’s pretty much a foregone conclusion that something is being used on the site. We ask Galatea, and she tells us that the weather is being manipulated by kyberian energy . . . but not from here. Not from anywhere near here.
We work it out – the interference is coming from New York. Of course. And we’re not going to break radio silence to call it in, so . . .
We come in about 20 miles from the base. All of a sudden, an area underneath us suddenly sprouts in a burst of vegetation. We speculate. Early warning system? Planty trap?
As we get on our snowmobiles, the path re-forms in front of us. We spend a bit of time being really paranoid, and then deduce (um, the GM tells us) that another team is helping us. Woo! 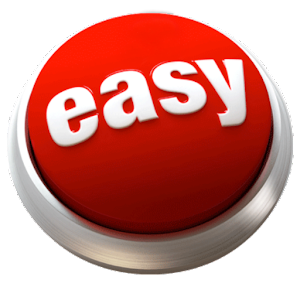 So, we gadget ourselves a Stealthmobile, because why not? Engine baffling, IR protection, noise modulation. Oh, yes. The Snow Prius.
Yukio rides with Katana. That dawg.
We use our model to come up with three most probable locations for the files. They’re all within two miles of one another. Eamon crits his gravity sense roll AGAIN and makes it by 16, plus crit factor. He just pushes the Crit button on Roll20, we think. We not only locate the best locale, we get the records room three levels below.
We’re going to go for the tunneling plan direct to the records room. We set up the giant freakin’ laser to tunnel in . . . but Christopher uses doom on us. The thing fires straight down, and melts its way fairly uncontrollably into the ice. Oops.
Kyle crits AGAIN rolling for a gravity check to float us down perfectly into the chasm. Murui decides he’s going to Goonies-slide down the glacier – and rolls a 17. Crippled leg. OK. Excellent.
Eamon tries for physician – crit FAIL. Crippled further.
Zephyr decides he’s going to do the entire mission walking on his hands. He spends some karma to buy “unusual posture” perk, and while he has to move at half speed.
The floor we wind up on “smells like failure, sweat, and stale beer – a frozen Wonderland snapshot of the ’80s.”
We see a tape deck on one of the . . . OK. The gadgeteer picks it up and starts talking to it. He’s at a penalty due to TL differences. It starts playing Metallica “Trapped Under Ice.”
Time for recon. The Commander makes his stealth roll by 16. He subvocalizes to Yukio, whistling, and he brings the team down. We sneaky-Mc-Sneakypants to the room labelled RECORDS. The door is rather locked.
Zephyr decides he’s going to pick the lock, with his toes. Penalties are assessed. Eamon steps up. We pick the lock, open the door, and see piles of frozen records. Literally paper sheathed in ice. Kyle picks up that the room is smaller than it should be; hidden compartment behind the filing cabinets.
We check for evidence of disturbances – and Eamon crits again – so we pop the door.
Things are going a bit too smoothly. Zephyr does Detect Life to see if there’s life out there – I’m not saying it’s Aliens (or a tumor, or . . . ), but . . .
The Commander has a quick skull session with his buddy the Crystal Skull, to see if the skull can shed any light on the issue. The images conveyed show that the skull isn’t sure what’s in there. We walk in. There’s something inside a capsule.
It’s vaguely chiropteran – bat-like. (He’s batman.) It, um . . . looks like an actual vampire. The capsule starts speaking to Ezekiel (machines do that) in Russian. He repeats it phonetically (he crits. sigh.) and Murui fails to crit.
He’s a good containment unit. It’s his purpose. It’s been moved from place to place and has been alone for a very long time.
Zephyr translates . . . and tells it that we’re here to rescue it. Eamon crits AGAIN (he’s the only GM NPC actually played by a player). We find all the files we’re looking for.
And the vampire. Hmm.
Katana teleports in with the four SEALs – she immediately starts getting a bloody nose. She’s suffering. The only thing a “success by one” physician roll can do for her is pinch her nose and say “there there.”
She’s oddly consoled by this.
We spend a lot of time talking plans. The Commander is convinced in his heart that this entire mission, crits and all, has been too easy (other than Murui’s broken leg). He suggests we pack everything up physically and head to Thule AFB, 200mi away. We do, and trek a few hours.
The Crystal Skull is not a fan of the vampire. I am still paranoid. I attune my Aether awareness with the crystal skull.
I detect every metahuman and their abilities, and the lines of force around the base. They’re still working on them trying to find the location. I also get a taste of the energy coming off the container – it’s . . . soured, fetid. It feels wrong in my head.
Worried that something terrible will happen if we teleport back, we take a plane back to NYC. Naturally, as we wind down, there’s an explosion in the front, in or near cockpit. We’re all unconscious. We end there.