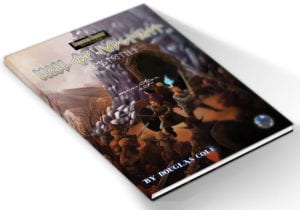 GURPSDay is currently pulling from 102 blogs on the roster.

This is a special GURPSDay for me, as it sits in something I never really thought would happen, though I hoped it would. The Kickstarter for Hall of Judgment, the first third-party license for the Dungeon Fantasy RPG, launched on Tuesday and has already been a smashing success. Over 225% funded in two days, and we funded on Day 1. Present velocity is excellent, and I hope it opens a lot of doors for GURPS and the DFRPG going forward.

Welcome to GURPSDay 2018, and its fifth year – GURPSDay started in February 2013,  a year after I started Gaming Ballistic.

We still need your help. And if you just started a GURPS blog – and I know that some of you have – email me and get on the list! With the advent of the Dungeon Fantasy RPG, Powered by GURPS, there’s even more reason to write.

gurps_20180621/HansChristian_Vortisch could not be parsed – is it empty?

Daydreams of a Dragon (Dragondog)