Well, Peter saw it coming, but I didn’t.

In fairness to me, it is unwise to plan on a smashing success, and even less wise to spend accordingly.

Even so, the Hall of Judgment Kickstarter for the Dungeon Fantasy RPG is just crushing it.

Based on typical Kickstarter funding curves, including my own, this suggests a five-figure total. Even if pledge velocity slows down to “only” $250 per day, there are 23 days left, and that will make this a $12,000 total. If we have the not-unusual “spike at the end,” which frequently equals the Day 1-2 sum, we’re looking at closer to $15-20K. We’re close to a $30 per pledge rate (amazing – nearly everyone wants print!) and that means we might be staring at 400-600 backers . . . at which point it becomes very attractive for both publisher and backer for me to do an offset print run. It takes longer, but the results tend to be worth it.

The only other thing I can report is that my crack team of helpers conducted at least one blindtest of the Fantastic (Dungeon) Grappling rules, and they received the highest possible praise:

“I would use this in my game.”

Did we find issues? Sure. But as Peter can attest, the stripped-down rules are no more complicated than regular DFRPG combat, in fact they’re more unified with the usual way of doing things (attack, defend, effect). They’re fast, nuanced, and by the time we get through with them, easily assimilated, with clarifications for happenstances that are “edge cases” in real life but happen all the time in a dungeon. What happens when you get dogpiled by a mob of goblins or zombies? If I impale someone on my spear, what then? If you think I’m putting down my sword/axe and board, you’re nutso; how do you  grapple with weapons in hand?

Anyway, velocity is key. There’s a retail level for those that wish to engage in that, and I saw something interesting on another Kickstarter that I might do here with that level. Make it a $1 level for retailers only, and then contact them individually about orders when the KS is done. That should help them commit (only a buck), and leave flexibility for later (always good).

Until then, keep up the great work, spread the word, and above all, thank you for making this campaign the amazing success it already is! 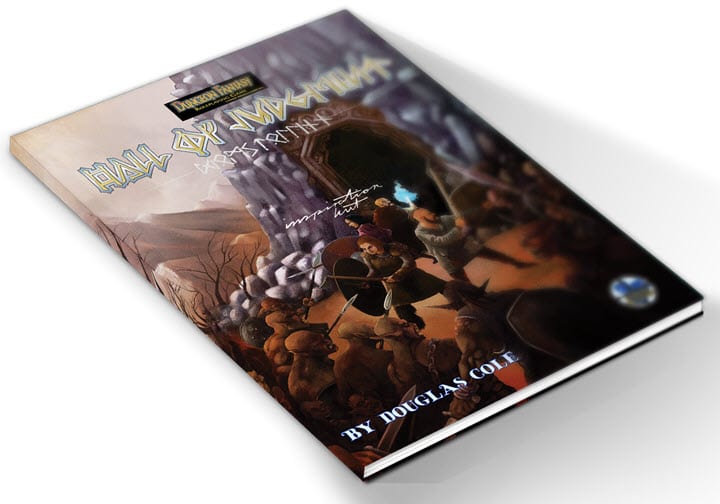 One thought on “Hall of Judgment Smashes (my) Expectations”