This post was spawned in the same discussion +Peter V. Dell’Orto references in his recent entry on the Shield Wall question. This isn’t more about Shield Wall, but more shields in general.

After I started on this, I figured some of my fellow bloggers would like to try, so I contacted Peter, Mark, Jason, and the GM of my DF game and invited them to share GURPS-day by writing on shields, or on a Melee Academy in general.

I’ve personally found that the +2 or +3 DB provided by a shield is pretty valuable, but then, Cadmus is also decked on in DR 8 on my torso, DR 8 or 9 on my head, and enchanted mail on my arms and legs. He needs better gauntlets and sollerets instead of boots, though. 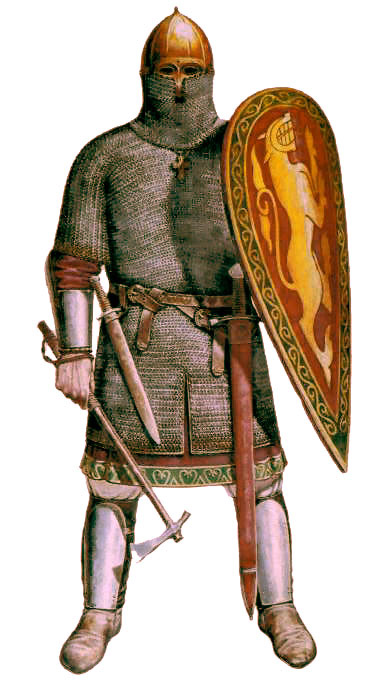 A lot of this discussion and my thoughts on shields depends on the point values for the campaign. Chinks in Armor is a -8 penalty to hit for the torso, -10 elsewhere, and a foe attacking them doesn’t negate the bonuses from your own Active Defenses at all. In order to cancel the +2 or +3 DB of your shield, you need another 4-6 points of skill. So to halve (not eliminate unless you’re using the optional, non-DF rules from Low-Tech about missing bits of armor IF they exist) DR and make it as if you were not wearing a shield, our notional Swashbuckler has to be able to net a 12-16 skill while eating 12-14 points of penalties. That’s Skill-24 to Skill-30, or DX 14 to DX 18 and DX+8 to DX+16 relative skill. If we split it down the middle, and say DX 16 (120 points) and DX+10 relative skill (40 points) you’re talking about someone who’s dropped 160 points into the ability to do what he’s trying to do. If you’re talking about the conventional chinks rules and plate, you’re still facing DR 3. If you’re NOT, you’re probably facing DR 4, since no one but an idjit will fail to have mail in his gaps! So our hero will want enough ST to get by that, so he’ll want to be reasonably strong – say ST 13 and 2 pts of striking ST. A fine rapier is doing 1d+3 imp there. Not bad . . . but another 40 points that you don’t have to spend on being anything other than a Rapier artist. Of course, Inigo Montoya (and Zorro!) might suggest that if the answer isn’t “the pointy end goes into the other man” then you’re asking the wrong question.

Hell, is all this proves is that aiming for chinks in armor is great if you outclass your foe by quite a bit, or you can arrange something where you’ve burned lots of parry and block. Runaround attacks are never going to be better than -2 (or if you can move to the unshielded side, effectivley -4) which still puts the guy above at Parry-15 or Block-13, which is still five successes in six. Shields provide a buffer against your foe’s notionally higher skill, and allow you to take maneuvers that sacrifice a Parry defense either completely (if you don’t, for example, have a Dwarven Axe, but rather just a regular-old axe), or help eat the penalties you get to your defenses when absorbing a Committed Attack.

Farther down at the 100-150-point end of things (the kind of point drops above are usually suitable for 250-point DF type . . . or more) one might be hard-pressed to use skill to ignore armor. At this “middle henchman” point level (say 125 points) your ability to play the games above might be pretty limited. You can throw down DX+2 and DX 16 (and nothing else) for Skill-18. You could also do DX 12 (40 points) and drop 40 points into Rapier (DX+10) and still wind up with Rapier-22 and have another 40 points to spend, whether it be ST 13 and maybe Shield at DX+3 (for a buckler) or a left-hand dagger skill for two-weapon fighting (Skill-15). Or a few other skills or advantages that don’t make you a one-dimensional combat monster. If you are all-combat, all the time, ST 13, DX 12, IQ 10, HT 10 (that’s one that would be well worth 20 points for HT 12), Rapier-22 and Main-Gauche-15 is no slouch.

And don’t neglect other ways, though more expensive, to boost defenses. The +1 to all defenses you get from Combat Reflexes is nice, as are the various Enhanced Defenses advantages. But it’s just darn hard to beat tossing in that +1 to +3 bonus for just picking up the damn shield (presumably assuming you’ve spend a point in Shield skill, but I don’t know if that’s just common sense, or an actual rule).

But the chinks penalties are fixed, and Deceptive Attacking enough to negate the shield bonus is as expensive as ever. You are basically looking at 50% chance to hit if absorbing -8 for torso chinks and -4 for a -2 Deceptive Attack from Skill-22, and only a -2 to the defenses of the other guy: straight Block, Parry, or Dodge accounting for the impact of a DB+2 shield. 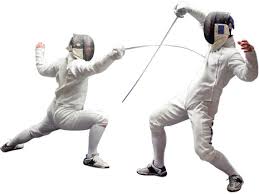 I don’t think it’s an uber-strategy, and would revert back to “everything has a counter.” It would be interesting to see, from in-play experience, where the kind of “I can negate your shield and armor based on my own awesome finesse!” is actually true. My gut tells me that this strategy depends upon outclassing your foe (being either higher point value, or simply far higher points in combat skills) rather than skill-uber-alles in many, most, or all situations. For example, if social conventions rob you of both shield and armor, well, that DB+2 doesn’t do you much good. That’s not exactly “rapier beats shield and armor,” though. It’s “your point expenditures are now as useless as Magery 8 in a No Mana Dammit Zone.

Then there’s the fact that a shield, DB or no, can do things that parrying cannot, like effectively block flails and (in some cases) missile weapons. All things considered, I like the shield game-mechanically; it’s a great addition to your defensive repertoire, and does things that simply pushing weapon skill can’t do well – or at all.

19 thoughts on “Melee Academy: High skill vs. armor and shield”