Tonight we played in another session of Castle of Horrors. We set up a proper fire lane against some four-armed seige beasts, and more or less made as short work of the as one would expect with that many guns trained on flesh-and-blood 12-foot-tall humanoids. Which is to say: very short.

We can’t stand toe-to-toe with just about anyone, but give us some time and a bit of distance, and our motley collection of .308 rifles and 12G shotguns will do the trick on flesh-and-blood creatures. Turns out, they bled gold when killed.

I have never in my life seen a better rationale for murder-hobo-slaying for profit. Both our silver and our gold treasure turned out to be the death-blood of enchanted animated (?) creatures.

We recovered the statue of a crow that was calling to Jaime or Raleigh (I can’t recall), and circled the castle. We surmised – it turns out correctly – that the statue was a key that would open the portal to take us home.

We ‘ported back and sold our precious metals for about $1100 each, I think. We kept some of the other things – like the old armor – we’d found, scouring off the rust and patching what holes existed. That turned into a Good suit of DR 8 plate that fit Raleigh. So yay.

Neil (me) grabbed his kevlar (DR 5, DR 10 vs bullets) vest and DR 25 trauma plates (vs. everything) that cover his chest. So now he’s DR 30 on his chest vs most things, DR 35 vs pi damage, but only DR 5 on his abdomen, and nothing anywhere else. 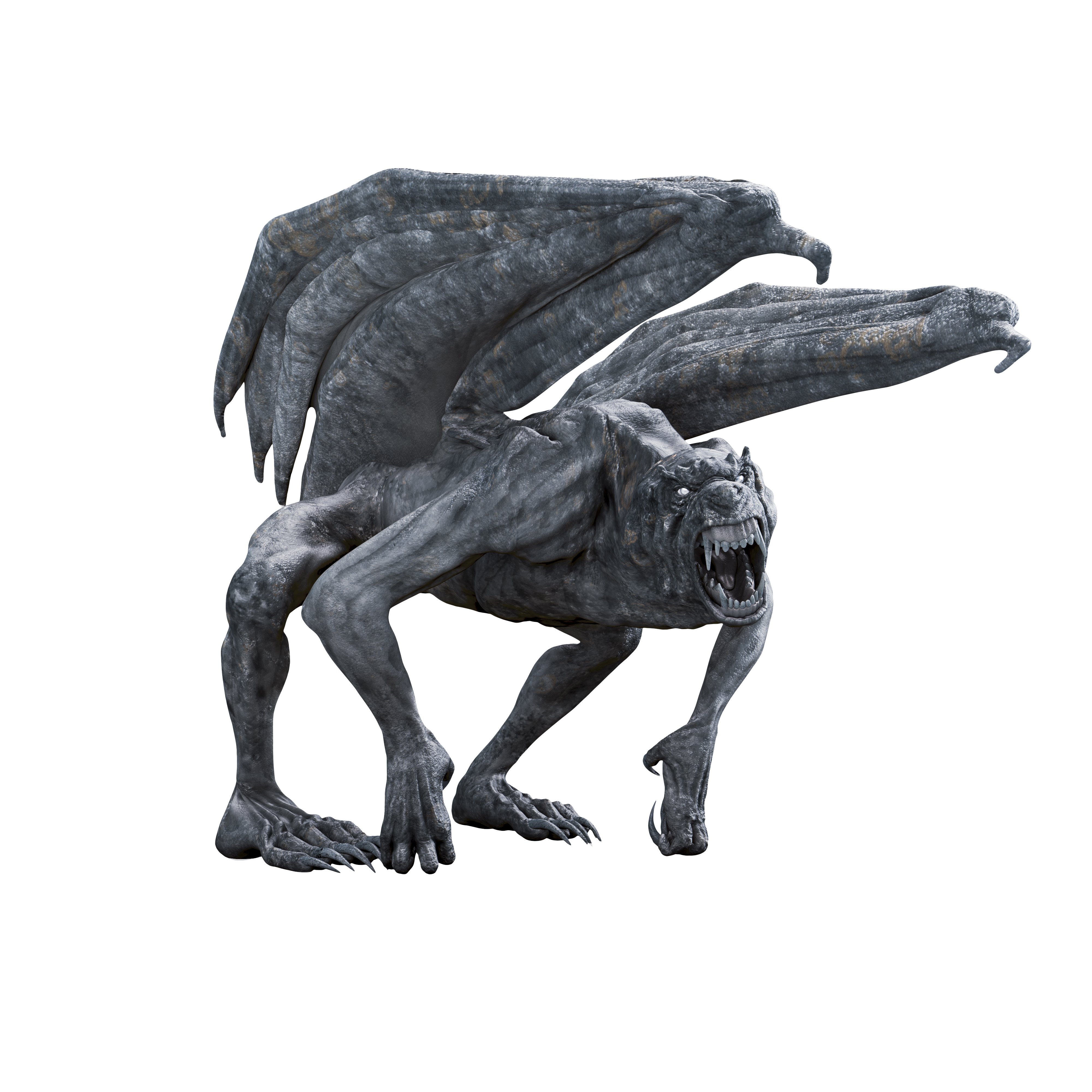 We started to fix the “anything else,” too. Mark allows us to get anything that we can find on the web, at the price listed. I express-ordered a Class IIIA ballistic helmet ($700) and integrated hearing protection and tactical communicator ($1300). That’s enough to protect against .44M rounds – 15.6 grams at 436m/s.

I also bought a fine katana (because I knew where to get one online that was ‘good enough’ quality) and a hatchet, for a bit of melee ability.

Then we decided to go hunt gargoyles.

We set up a trap, triggered it . . . and now have at least four gargoyles chasing Ryan (Emily’s character) down the hallway as we shoot at them. We formed a firing line and created a “funnel of death” for our ambush.

My rifle? 7.62x51mm SCAR 17S. So 7d penetration turn into about 1d+1 injury pretty fast, and these guys seem to have plenty of DR and HP.

We didn’t think this through the entire way. Our goal was to trap, isolate, and kill one of the gargoyles, and whittle them down one at a time. That’s still our goal, and we’ll see how our Endor-trap works.


We have the right idea, but probably the wrong firearms. My .308 only will deliver about 1d+1 injury per hit, assuming DR 0 (which is a bad assumption from the get-go). So only a few points of damage per shot.

Contrast with other weapons:

The shotguns fare better. Full-bore slugs are nasty, and sabot slugs even nastier, and both are pi++. The rules say multiply shotgun damage by four, for 4d+4 each, which means 2d+2 injury depending on what gets past DR. that’s 11 points per shot, nearly doubling the rate of destruction. The Kel Tek KSG (which one of our characters carries) would be a good choice here. Sabot slugs are frequently about 12.7mm (pi+), and can hit very hard. The Remington 3″ copper slug – hollow-point no less! – should clock in at about 4d+2 pi++. So 16 points of penetration should then do 8 points of injury, again assuming that DR doesn’t drop it too much.

Unless you’re shooting actual slugs, you need to hit .60 caliber (15mm) before you eke out the real hurt.

An H&H Royal Double would do it. that’d 5dx2 pi ++, or 35 points of penetration, and 17 points of injury. That’s very nice if you have the $10K to spare. And you get two shots and probably a bruised shoulder.

The .50 Beowulf seems like it might be interesting but it works out to 5d or so pi+. That’s not terrible, but the shotgun is better, and the KSG has quite a few in the tubes. 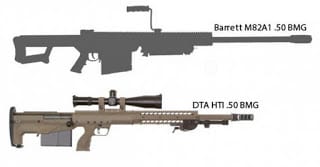 The next step up has to be the .50 BMG. There are some quite portable bullpup .50 caliber rifles, such as the Desert Tech HTI. This bullpup, magazine-fed 12.7x108mm (.50 BMG) “only” weighs 20 lbs (unloaded) and has a 29″ barrel, which will hit for 12d pi+. That will strike for 4d injury, or about 14 points per shot. That’s the best yet, even better than with slugs, and with more raw energy in the round so as to better handle DR.

What about stone? Well, you can order armor piercing .50 BMG for those pesky gargoyle problems. At only $4 per shot.


The rifle itself isn’t cheap – it’s about $5,100. Ironically, for this particular mission, the usual Leopold or Schmidt and Bender optics can probably be ignored in favor of a high quality reflex sight. So for about $6,000 you can nab the rifle, an optic, and a few magazines of ammo (which won’t be light).

That’s serious anti-gargoyle hardware. And since you don’t want to miss, you’ll want two people toting them, so you can aim/fire or fire/aim and hit hard once per second. Against flying targets that can dodge, you’ll want that.

But really, we knew we were going after up to eight nasty creatures with stone for skin that tended to shrug off bullets. Our “Let’s lure out a gargoyle and take them down one at a time” may still be a good plan. But they’re hard targets, and we’re not as well kitted out against these guys as we could be.

One thought on “Castle of Horrors: Gargoyle Hunting”