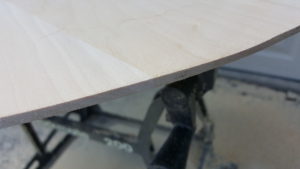 Made a bunch of progress on the viking shield.

I thinned down the entire thing – it was far, far too much work with a router, but all the drawknives I have access to are flat rather than curved, and I’d need one with some curve to it in order to shave off of a flat piece. 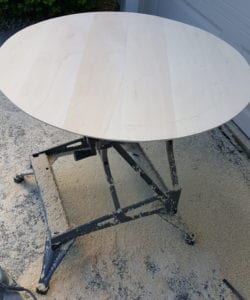 I’ll need some specialized carving tools if I’m going to do this by hand in the future. Also, start with 3/8″ basswood sheets, which are less expensive: a shield for me would be $57 in materials for this one, rather than the $73 with the half-inch stock. And much, much less to remove – taper from full-thickness in the middle by 1/8″ to the edge ought to do it.

I did make a fairly collossal mistake, though – a “measure twice, cut once” fail. I used my string-radius technique to mark the hole in the shield but really should have measured the absolute radius with a tape measure. As it is, the shield boss I have is a bit too small for the hole. Arthur tells me it should be possible to flatten the boss and widen the flange a bit, both, of which will get me the extra maybe spread I need. I can also look around for wider bosses. The ideal hole would have been 6″ in diameter; I got 7.25″, so I need to spread the thing by quite a bit. 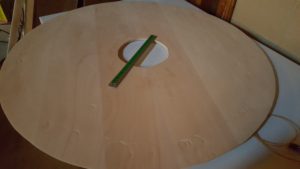 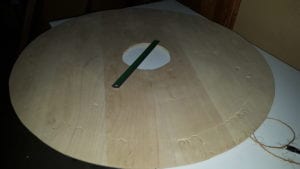 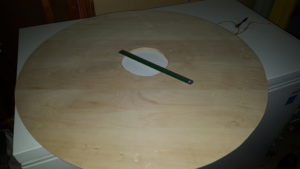 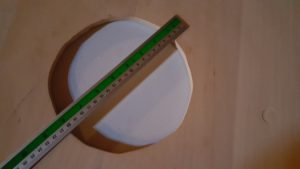 The next step is to fashion the handle. I have a 2″ x 2″ x 36″ piece of square stock, also from Arthur. That’s too large in every direction, so I’m going to taper it down. The bits that attach to the shield itself will be flat on the back, and taper from the full width down to about an inch, I think. I’ll also taper the cross section from maybe an inch thick down to 5/8″ or so at the end. 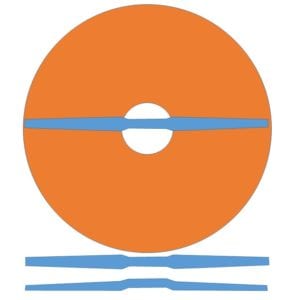 The handle I’ll “lift” from the plane of the back of the shield by probably 3/4″, maybe a bit less. Given the “handshake” grip of the shield and how much manipulation we do, I want to try something with the shape of the handle – something that gives my thumb a bit of purchase along the spine, but wider where the fingers grip. 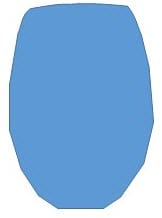 The position of the handle will be slightly offset in the shield anyway. I find this comfortable. I might center the reinforcing rib, and use carving to offset the handle, though – maybe the best of both worlds.

One thought on “Viking Shield, part 2”