Vizzini: We’ll head straight for the Guilder frontier. You catch up with us there. If he falls, fine. If not, the sword.
Inigo Montoya: I’m going to duel him left-handed.
Vizzini: You know what a hurry we’re in!
Inigo Montoya: Well, is only way I can be satisfied. If I use my right… over too quickly.
Vizzini: [exasperated] Oh, have it your way.

And that, right there, is the key to the other half of high point total campaigns.

First, let me talk about the first half.

So, if that’s the case, why bother with more skill? Well, to soak penalties. And these penalties are not arbitrary or contrived – they’re a result of skilled characters being able to deal with extreme situations.

Combat is the easiest example, but lighting, improvised or no equipment, and poor weather or terrain conditions are all fantastic and real-world instances of making life difficult.

You can find all of these, at once, in combat surgery on the lower decks of a tossing ship in combat. (Warning: graphic images of surgical techniques demonstrated on animal carcasses). Low light, due to it being an interior space lit by lanterns and torches, poor tools and a limited confined workspace, and constant movement due to the motion of the ship. Not to mention the odd cannonball moving through the operating theater, which I can only imagine would be a tetch distracting.

Low light will be worth -2 to -4; poor tools will be either another penalty or an effective “opportunity cost” for not having better (and you need those bonuses if you want your “victims,” which is a fair description of early 19th century patients, to survive). The movement and pitching deck is another -2 to -4, and being under fire is probably worth fright checks, failing one of which would be good for a chunk of badness as well. Total penalties to soak could easily range from -6 to -12 or more. 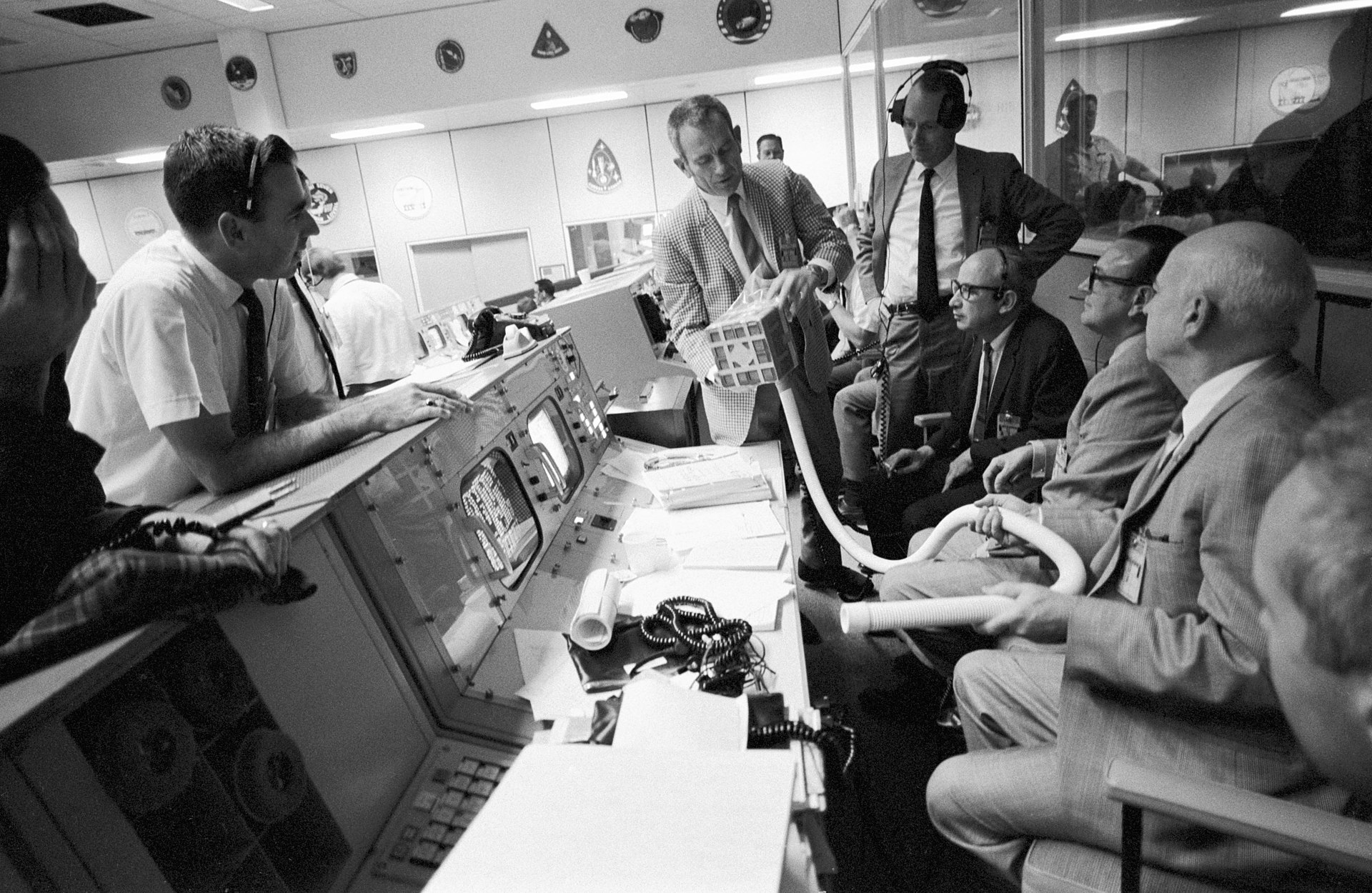 Apollo 13’s “we have to make this, fit into that, using nothing but these” situation with the carbon dioxide filters is another real-world occurrence that is great adventuring fodder. How many “we don’t have the right gear, but we do have the right stuff” rolls did the astronauts and engineering team make?

I’ve deliberately chosen non-combat examples, but of course the size and speed/range table is the easiest example of stacking up penalties to be found in GURPS. A 100-yd shot (-10) to the head (-5) in perfect conditions requires a net skill of Guns-29 in order to pull off with 90% reliability. While it’s easy to look at Acc 5, extra aim (+2) without precision aiming, and determined and braced (+2), you still need to be looking at Guns-20 to hit over iron sights, and common scopes are not going to help this much in combat (positive Task Difficulty Modifiers makes this feat deceptively simple on the range).

Reach out to 1000 yards (Afghanistan or some engagements in the World Wars) and now your basic range penalty is -16.

Melee is deceptive this way (see what I did there?), as while there’s only so much skill you need to attack anywhere you want (-8 for chinks in armor, or -9 or -10 for eyeslits and whatnot) once, if you want to fire off some Rapid Strikes or Extra Attacks (even better), you need to spend about 25 points each (-6 for a Rapid Strike offset by 24 points in skill, or just a flat 25-point Extra Attack).

As noted in my Technical Natasha post, Extra Attack is near-mandatory for cinematic awesome.

And of course, once you fire off an attack at a target, unless you actively interfere with their ability to defend via Deceptive Attack, that skill will be no more or less easy to counter than a blow thrown by a rank amateur. In fact, one of the biggest uses of high skill in a melee situation is to blaze past defenses using deceptive attacks. A skilled foe with a shield (+2 DB) using retreat (+1 in melee using parry) will be sporting Parry-13; Combat Reflexes and All-Out Defense (more common in real life than seen in play) pushes that to Parry-16. You’re going to need Set-ups, Feints, or a great deal of deceptive attack to bypass that, and that foe isn’t even all that good.

It’s pretty easy to justify skills in the 20-25 range.

The examples we just gave can certainly be used to justify a single skill that goes that high, for a fairly one-dimensional character. If the character is supposed to be multi-talented, good at multiple weapons, capable of instructing others, a survival expert, and in superb shape – real world examples are Special Operations troops, who are all of that at once – then you will need to be pumping points into a bunch of stuff at once. Attributes, advantages, and skills.

This goes crazy-nuts for superheroes.

My current character in Christopher Rice’s “The Chronicles of Ceteri” campaign just did his second “time skip,” which is a “time passes, and characters grow up” plot device.

But before that, he was about a 400 point character. Even so, he was challenged to the extreme fighting some fast-ish zombies several at a time. He mostly rolled hits, but the zombies could defend, and did so. They wound up getting in a few good bites, costing me, eventually, one of my legs below the shin (the only way to avoid the creeping infection).

He’s one of the only front-line combatants in the game, and while he’s about 200 points in Attributes, 190 more in Advantages 70 in skills, and -60 points in disads. Is he unstoppable? No, he was quite stoppable. He had to fight cautiously, with a mind for terrain and his surroundings. Even so, restricted visibility nearly was the end of him several times – nothing human can counteract an attack from the back.

His highest skill was with a special sword, and was Broadsword-18. He also had several backup skills (Wrestling, Judo, Boxing) at 16, and he did use Judo Throw to good effect in that fight. His guns skill – and only one of them at the time – was a highly respectable 15.

He’s a “normal” special forces type at this level. Broadly and deeply trained, but he has his niche (killin’ stuff) and outside of it, his defaults are good but not great (6-8 range), allowing reasonably probability of success by taking 30x the usual time.

His most recent time-skip brought him to about 600 points, through lots of training and job rolls and nigh-obsessive tracking and using job rolls and training rolls adapted from various rules for such.

On the extreme part of things there was Commander Samurai, my Captain America-inspired super soldier from the  Aeon Campaign.

Despite the monster point total, Ian Owari also only had 210 points in attributes, 250 in Advantages, 100 in skills . . . but 800 or so in powers and “super racial” abilities that were the brunt of his stuff. Telekinetic-based damage resistance, some offensive and defensive powers, extra strength, perception, etc.

Again: he was a canny fighter, but was not showing off his true potential unless he was exercising his ridiculously high Stealth score to batman his way through combat. As a face-on-face combatant, he was good but others were better.

GURPS doesn’t run out of steam at 300 points. In fact, to play the kind of competence that you commonly see in the more popular genres in GURPS, you need about that many points, which is why Dungeon Fantasy is set as a starter at 250, and Monster Hunters is at 400. These are not unstoppable machines of death – read Peter Dell’Orto’s Felltower writeups to see how stoppable 250-500point characters can be.

The key, returning to the opening quote, is that not only will the GM “inflict” penalties on the characters, but the characters themselves will seek out challenging situations, both to show off but more importantly, they will do so in order to purposefully put their foes at a disadvantage. Their surfeit of skill will allow them to engage with confidence in situations that will ruin the ability of their opposition. Canny players won’t be sitting around with a surfeit of skill. They will be actively seeking out ways to use that tactically in order to do things others cannot.

This is not only appropriate, it is ridiculously fun, and makes for great post-game and in-game stories.

There’s a lot of charm to having to struggle with low skills to find ways to succeed despite that handicap. There’s also a lot of fun to be had allowing the PCs to show off and do amazing things. And GURPS supports this easily and naturally.