I thought it was worth explaining in more detail what’s actually in the Dragon Heresy Introductory Set.

Other Updates from the Dragon Heresy Kickstarter

I’m targeting a 3-5% wordcount reduction in the overall text during the editing stage to try and keep the book at 256 pages once the front matter, maps, Index, and ToC go in, so pages might shift a bit. But this will be a good guideline.

Not Exactly a Table of Contents

So that’s what’s in the book.

There are a few things I’ve yet to do with this that will change a tetch by final entry, but here’s a brief glimpse into Etera and the Nine Realms. 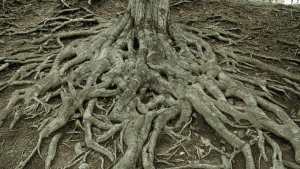 Realms of the Gods

The highest branches of Yggdrasil reach into the heavens, and touch on the realms in which the most powerful beings in the universe dwell.

Asgard. The home of the Aesir, and the seat of power of Woden Allfather. Not all of the Aesir are on the level of Ziu, Donnar, Valfreya, and Skadi (to name but a few), and travelers can meet Aesir of varying power (See the Aesir section of the Bestiary). Transit between Asgard and the Realms of the Field is achieved via the Bifrost—a powerful teleportation circle over which Heimdallr of Asgard stands eternal watch.

Alfheim. This plane or dimension is the realm of the Archfae, and the home of at least the Winter Court. The Summer Court, if it exists at all, might be here as well. This plane is not the realm of the pocket dimensions of the lesser fae (svartalfheim), though access to that realm is much easier from Alfheim than other places.

Jotenheim. The “giant’s home” is the demesne of the elder dragons, where they undertake their journeys of mind and spirit as they slumber on their hoards. Even in their sleep, they are active—and very dangerous—in Jotenheim. Encounters with ancient and elder dragons can be expected, and their power is as great as their motives and desires are mysterious. It is called Jotenheim because that’s what the Aesir call it . . . and they were greatly disturbed when the Elder Dragons drove the giants from their Realm.

Realms of the Field

The middle branches of Yggdrasil contains the realms in which the powerful lords of creation play their games—the playing fields of the gods. This includes the world on which Etera sits, and possibly many others.

Midgard. The home of Etera and the physical world. The sun, moon, and the world are considered part of Midgard. The Astral plane, the realm of pure thought, interconnects the Realms of the Field like vines weaving through the branches of a tree. It is formally part of Midgard, as it cannot exist without the thoughts, perceptions, and guidance of the living minds of the world to create it.

Vanaheim. There is some mystery and argument over Vanaheim. The association of some of the Aesir, such as Yngvi Lifegiver and Valfreya with magic, nature, and the cycles of winter and summer are cause for debate over whether Vanaheim is the realm of magic itself, or if it is related to the spirts and natural phenomena of the world. The animating spirits of places and things that can be called forth that are not souls and elementals. Others—a distinct minority—feel Vanaheim consists of parallel worlds, similar to Midgard but different in some ways. The ethereal plane, the realm of alternates and interconnectivity between the physical and other, is part of Vanaheim.

Muspelheim. The plane of fire, and home to fiends. The Gods are much more powerful than even the lords of the tyrann and kvoldomur that rule over Muspelheim—at least on an individual basis. The fiends of Muspelheim are far more numerous than the Aesir, Elder Dragons, and Archfae, and pose a real threat to Midgard.

Realms of the Spirit

Here are the ephemeral planes and universes that stand in for archetypes and non-physical journeys.

Hel. The realm of death, over which Halja has dominion (but she commutes to work, and most often resides and can be found in Asgard). Here you may find the souls of the departed not selected to dwell in Asgard awaiting Woden and Valfreya’s need. This is also the realm necromancers contact and touch to create undead.

Niflheim. The realm of “ice,” so named after the first journeys to this plane found a cold and inhospitable space, filled with creatures of ice and frozen stasis. The name held, even when it was discovered that other elemental essences also were found here. This is where the fire, earth, water, ice, air and other elemental forces and archetypes originate.

Svartalfheim. The “home of the dark elves,” this is where the base fae create their pocket dimensions and personal realms. It is also an ethereal plane, and from here, a traveller may reach most other realms and worlds.

Larry Hamilton over at Follow Me and Die! likes reviewing my stuff. I like it when he reviews my stuff. It’s a good match. This is the first review published, but more are pending. So check out FMaD!’s review below