What to do, what to do

After we return from the future, we get extensively debriefed, enter a period of intense training and workout, and generally spend time policing the Bronx. It is conveniently enough time to have The Pusher (Elena Pushkov) be retained by Aegis to “give them physical therapy” which is almost certainly pharmacological in nature. We get three months worth of physical therapy in 12 horrible hours, thanks to Ms Pushkov’s tender chemical ministrations.

Galatea and Onyx have been making sure that our territory didn’t to to crap (I’d say to the dogs, but Yukio would get mad).

We have a long discussion about what to do. We’re four months behind in keeping track of what Blue Skies has been up to, and given the many terabytes of data we have from the old data hack, we need access to computers we no longer have (due to Arc Light’s demise) to sort out what data led to things that actually already happened, and try and figure out a “top 10” list of things that are both timely and strategically disruptive.

That will involve turning some of our data to Aegis. We discuss this, and agree to turn over our data to Aegis. We have need for massive amounts of computing power, and they have it. And we have the data, and they need it. Someone walks in . . . Marcus from Season 1. He was and is a node for the embodiment of the VAST Artificial Intelligence. He’s also Katana’s “father,” by Alyssa Kerrigan.

“Is he here yet?” says Marcus.

A monotone voice say “I’m here.” We just kept forgetting to notice him, I guess. He’s wearing some heavy-looking sleek body armor. The mask is odd, and he’s wearing an outfit that completely covers his skin – except for the giant, angelic wings. Which move. 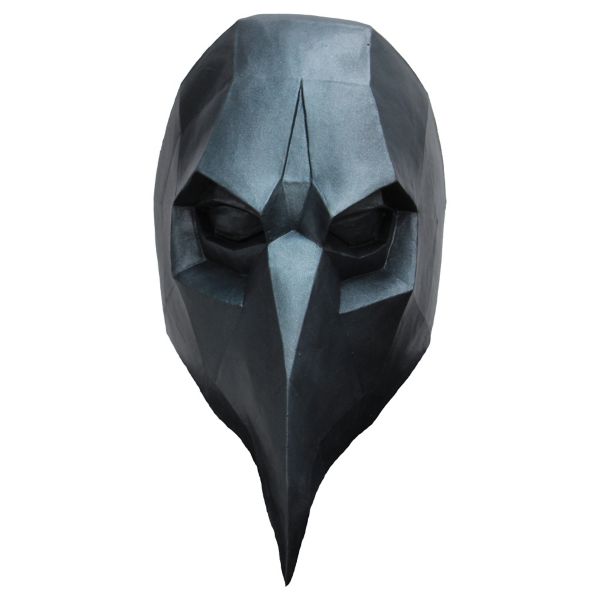 While they’re crunching on the data, they’ve also been infiltrating Blue Skies. And so they’re going to take prior data, take our new data, and make a plan. Then we’ll execute it. But for now, they have lost contact with a key asset, as of two hours ago, and they want us to help.

We accept. They give us access to their internal network. We find Arc Light’s old access card to what we called The Room of Requirement.

The Caretaker greets us and escorts us through what looks like an English auction-house, which is different than the open-air market that it was when we were bidding for the Jade Dragon. We need to head to Regina, Saskatchewan. We pay the ten million dollar fee per door, and get where we need to go.

The person we’re looking for is Betty Barnes, and she was an analyst within Aegis, and that was also her cover within Blue Skies. She’s got a super-stealthy transponder, and Ezekiel manages to get a super-pinpoint location – or at least a better range and bearing – and we send Zephyr ahead as fast as he can go to get some recon done. She’s in a residential neighborhood.

We’ve got nine people inside the building. The Commander asks Murui to use his sorcery to try and detect Kyberian energy to see if we’re dealing with nine metas, nine normals, or a mix. It looks like one is some sort of vampire, the other seems to be an air controller, and the third one we’re not sure of. Six normals.

We here a voice coming from inside the building – “I can feel you out there, Ezekiel. Did you come alone, or did you bring friends.”

The Commander rolls tactics and spends a foresight point on ambushes. A quick plan. Ezekiel pretends that he’s the point man. Zephyr pretends to be rushing in to cover him. Eamon and I will be the anvil to their hammer. Eamon weakens the (armored) safe house so that Zephyr can cool-aid through the wall. At that moment, Zeke will take out the cameras, and I’ll run through and see if I can grab Betty and get her out, then Eamon telekineses her to safety.

Then we open up a fresh can of whoopass on them.

“I promise not to shoot you,” says Zeke. He fires the arrow into the ground. It’s actually the anti-camera white noise generator. Zeke also has the “forced trust” mind control thing. “Parlay!” “Hey, man, how ya doin? Do you need anything to eat or drink?” says one of the now overly trusting guards. “Howdy, doing great. We’re going to talk, right? Yeah, I’ve got a real sweet tooth going on . . . do  you have any cool aid?”

What could go wrong, Part MCMLVI

Naturally he rolls an 18. He inflicts 34 dice damage to the wall. And . . . ooh. That’s going to hurt. He does 107 points of damage, and goes through metal and through the house. Bad news is, he also takes 170 points of damage because Isaac Newton just hit the Smite button. He spends a lot of Karma and other things but winds up taking 17 points of damage. He

survives knockdown, and is in an immense amount of pain . . . but he’s not dead. So there we go. He gets up again. Nobody’s ever going to keep him down.

He actually had collision defense, which is really what saved him. Basically 1/10 damage vs collisions (Injury Tolerance – DR: Collisions), which is

And the noise? And shrapnel? Kills the poor normal with multiple projectiles to the head. Kool-Aid went everywhere. It was bad.

It’s sheer bloody panic inside the house. Yukio and I go into the house. I “Disappear” into the house. I come into the house, and come upon a guy who’s about to bring his weapon to bear. His head explodes – an impossible shot – and the conclusion is that there’s a powered sniper. I suspect General Legend’s super-secret sniper sister, Katori  (aka Basilisk).

I head down to the horrible, terrible, torture conditions. Massive torture, and an incapacitated Betty. I stunt my regeneration to her, which brings her ’round, but then she tells us she has to get the data from downtown. I tell her that General Legend has given us her mission, and she’s relieved. She tells me to fuck off, and I can support her. OK. Disobeying orders in a combat zone is mutiny, punishable by death if convicted in a court-martial. I knock her out instead. We’ll still do her mission, because retrieving that data is the entire point.

Between sniper help, Zephyr punching folks, and some of the other stuff – we have cleared the building. We did see a flash of light, and one disappeared, plus we suspect the air power guy wafted away.

A VERTOL decloaks, and we climb on the ship, Legend’s sister has set the gas main to explode, and we nab prisoners and we need to head to the coffee shop where she hid the data. We beat feet. Eamon goes into to get the data, Katori and The Commander cover him with rifles from a cloaked ship. He walks in, walks out with a pile of advanced disc drives, and walks out.

It takes us about six hours to get back. Katori is on board as a magical medic – she helps Zephyr heal. Fully. Painfully. Zephyr has one thing to say: “OWWWWWWWWWWWWWW.”

She then sits down and has a ridiculously domestic conversation with  . . . ‘Zeke. This is far more disturbing than anything we’ve seen today.

In a few days, we expect the new data and the old data to mesh, and we’ll see what’s next.

We end there, and give Merlin the “Most Valuable Projectile” point.