The situation evolves after we take down Blue Skies. As their use of metahumans to wreak havoc and do nefarious things comes to light, Senator Blackwell – a known anti-metahuman activist, uses that platform to become President Elect (and yes, the in-game date straddles the election of 2016).

Blackwell is a freshman republican senator in the United States Congress from South Carolina with a military background who pushes strongly for the registration and regulation of metahumans. He is a gifted public speaker and negotiator. Former 82nd Airborne medic. Actively competitive shooter with both rifles and handguns. Senator Blackwell is a part of the National Security Caucus and is on friendly terms with the HPA (Human Pride Association – a group pushing for marginalization or eradication of metahumans). Senator Blackwell was elected in 2014 to the senate from South Carolina after challenging and defeating Lindsey Graham in the primary. Blackwell has dark hair, hazel eyes and a wide build. He walks with a faint limp from a bad landing during training at Fort Bragg.

We were in and out of hearings being debriefed and, in no small part, manipulated despite our best efforts into the various plans of the politicians. We keep our district in tip-top shape while we’re doing it, with no super-villainy of note happening. Eamon is doing everything can to leverage his metahuman rights foundation to counter the machinations of the HPA and their goals. He’s more or less creating a legal crapstorm that will try and angle multiple cases into the supreme court to circumscribe their actions.

The Commander spends some of his downtime studying magic and the occult with Zephyr. He’s been leveraging the power of his tatoo without the proper knowledge for too long.

The testimony eventually draws to a close, and there’s enough proof of criminal wrongdoing that we were able to wrap up and identify most of the “bad guy” aspects of the Blue Skies organization. Many go to jail, but many were just cogs in the machine or subcontractors. The higher-ups go away for a very long time, because our investigation was just too thorough. The data from their own servers was particularly damning, and there was a bit of fratricide and ratting-out and deal-making. The CTO, in particular, is now on probation for life working foe AEGIS.

On the other hand, all of the metahuman-related malfeasance enables Blackwell to come to power, leveraging the absolute certainty that Blue Skies was, in fact, using metahumans, many willingly, to gain power and influence and money.

As we’re on patrol one day, we note a drone whizzing above us, looking an awful lot like on of Arc Light’s old drones. It’s got a stun-gun package, and is clearly shadowing us. Zephyr decides to mess with it, and takes off at a quick trot, which leaves it in the dust. We levitate our Technomancer up there, and he interfaces with the the drone – actually, based on the description he dives down on it and gives it a big hug.

He asks where it’s being commanded from, and we get a flash of a known building downtown. Mission goals? Unsurprisingly spying on The Cavalry, The Commander especially. Arc Light actually did create the drone, too. Who’s piloting the drone? Arc Light’s widow. We recall that the conversation with her when Arc Light died had not gone well. She’d gone public with Arc Light’s death, ruining the veil of secrecy that AEGIS had thrown up. She also went public about AEGIS itself, which is a bit like going public about the NSA, the CIA-SOG, or Area 51 – most think they know, or actually know, it exists, but the government will neither confirm nor deny, etc.

Zephyr actually gets on the phone with her and tells her everything that we know, violating all sort of protocols. He also intimates that Arc Light might be still alive. We all stare at him with disbelieving “I cannot believe you said that to a vengeful billionaire” expressions. Nonetheless, the avalanche of bad idea rushes on, and we find ourselves at a the building downtown.

We go inside, and place bets on how much a beatdown Zephyr is going to get.

As we wait, we listen on the TV as the President gives a speech, saying that there would be a new department under Homeland to combat the growing metahuman threat. No long will the governement rely on programs like MAPS and others to deal with rogue metas. A contractor has given the technology to fight these metas without resorting to using the metas themselves.

Huh. That doesn’t sound good. We get called into a spacious office, with nice art, good-looking artifacts, images of Arc Light’s suit from the 80’s.

Then Arc Light’s widow comes out. She’s white-knuckling the table, absolutely livid. Zephyr starts talking. We all can’t look away, in horrified fascination, as he tries to dig out of this.

We find out that she’s taken the chains off the ADAMA AI and they’re created 300 super-suits with 1,000 more on the way. The improved suit technology will be used to combat metas; we’ll not be necessary. It’s the Iron Legion meets Ultron.

She reaches into her desk and pulls out a box. She turns it around, and it’s a crystal skull. Oh, joy.

Angela, where did you get that? She found that in Finland.

Zeke uses his machine empathy on ADAMA, and he does access the system. ADAMA finds that Angela is a good person. We find that ADAMA has built safeguards into the suits. The suits are not being given to the government, they’re being leased. The safeguards will prevent the suits from “being misused.”

With much chagrin, we leave the scene when asked.

The president is finishing up his presentation on the new department, how they’re going to be getting the tools they need to fight the menace.

Mayor Light (mayor of NYC) gets on the air almost immediately saying MAPS works and the feds can keep their mitts off it, thanks.

In “unrelated” news, Argentina has been partially taken over by a revolutionary movement which is actually doing some real seeming improvements. Massive infrastructure spending, and sudden medical advancements.

And Eamon’s little propaganda movement has started a real thing. Lots of useful activity in the chosen direction, but also some violent action, which does not help. The core movement remains true to the mission, but there are elements around the fringe using his activity to justify some pretty violent action, which is also being taken on by other metas fighting against.

General Legend wants us to come in for a meeting RTFN. Then my grandfather shows up. Oh, frabjous day.

He tells me to keep my cool no matter what. Also, he’ll die before he sees another person in an internment camp.

So no pressure on that one.

Have the dreams started yet? he says, looking at the swords he gave me.

Oh, not yet. Frabjous day.

We go see the General. He’s extremely not-very really not happy. “Who said something about Arc Light to Angela? She wasn’t working with the government at all until something happened? And is it true she has a crystal skull? We heard a rumor.” 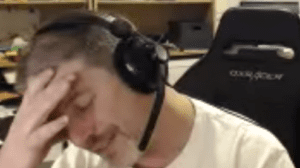 Oh, dear Lord. The General looks at me with a “shit rolls uphill” look on his face. My out-of-character and in-character face are the same.

The general noted that he was so blindsided by the President’s plan that he had to have his assets go steal a copy of the plan. So even the General, with all his assets, did not see this coming. Not the psychology of it, nor the nexus of all the string-pulling. The confluence of Eamon’s activist group, the behavior change that made Angela go from avoiding metas to actively targeting metas, the memetic engineering that steered what should have been a rah-rah victory (the shutting down of Blue Skies) into a movement that led to an anti-metahuman surge, and the delivery of a crystal skull to just the right person.

The General pulls me aside and tells me he’s going to send me on some black ops to start undermining the plans for metahuman registration or whatever else might happen. The Commander looks around and notes that they did, in fact, take an oath to protect, preserve, and defend the constitution of the united states, and until such time as an illegal order is actively given, such actions would constitute treason and may not even be contemplated. At the time an illegal order is given, that changes, and it is our duty to disobey, and to perhaps even arrest or otherwise sanction the order-giver. That’s just how it is.

A blonde woman teleports in suddenly. Legend is not surprised. Turns out it’s Legend’s wife, who says “I told you he’d pass this test.”

The team comes back in the room afterwards, and we’re in the room with the General, his wife (who happens to be the most powerful telepath on the planet). He gives us a new mission – keeping a local lookout for folks selling skulls. Crystal skulls number 13, and fully eight are, of a sudden, unaccounted for. They know where five are. A rumor says that an actual crystal skull was found five weeks ago in Egypt; all near it were found dead, and the skull disappeared.

The skulls are not supposed to show up like that. We think that these skulls are being used to help manipulate the events.

We spend a lot of time speculating about what the skulls are used for, what, strategically, these things actually are meant to help do.

We end there. We chat a bit about how this plotline, which was planned in advance YEARS ago, touches uncomfortably on present-day events. We decide to embrace the awesome, play our characters as they are conceived, and run with the plotline.