As of this morning, about 2/3 of folks have filled out their surveys for the Backerkit phase of Lost Hall of Tyr (2nd Edition). Nice work, y’all.

I did a bit of checking, and there are plenty of folks with physical product who haven’t completed their surveys – not surprising given the relatively low fraction of folks that went digital-rewards-only. If you can work that in today that will help.

On the flip side, we’re about $1,100 away from the offset print run stretch goal, though about 50% of that is related to a single backer who is interested in one of my viking-style shields. That’s really not that many folks.

(Which everyone should be. They’re awesome. Ahem. Sorry.) 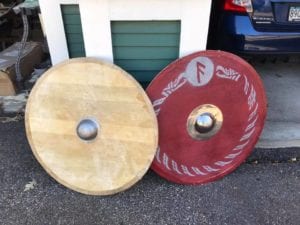 How can we get the rest of the way?

I should note that the prices in the pre-order store and add-ons reflect the sale that was going on when I launched the Kickstarter, effectively extending until Jan 25 the time that my stuff is 23% off.

Glynn is making great progress on the new maps, which are a heck of a lot more on-point than the more generic maps that used to be there. I’ll start inserting the images into the layout that I’ve got going starting today.

He’s got at least two maps completely finished, with more on the way. He’s knocking them down very quickly. 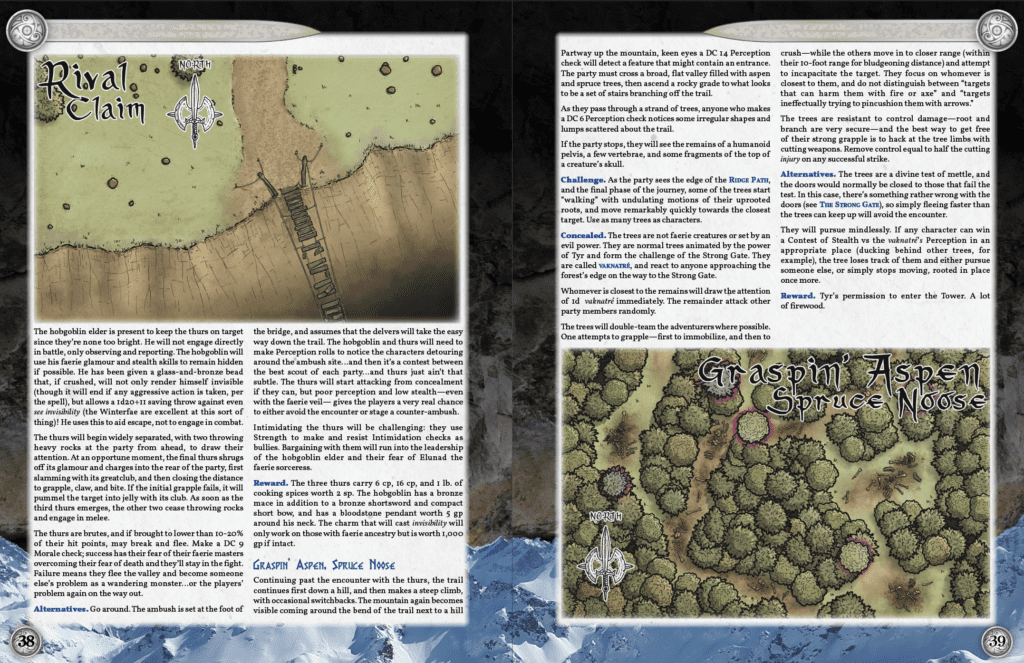 This shows a sample spread with “maps as art.” The maps are actually full-size for a page: 8.5×11, and will appear with scale bars and references for what a 5′ or 10′ square would be. These full-page maps will be available in the back of the print copy, as well as a separate file for drag-and-drop into your favorite Virtual Table Top.

I think the new style of maps integrates much better than the old one, especially when compared to the map styles Glynn did for the new Logiheimli section, as well as the broad area maps locating the Hall more precisely – something missing from the old edition of the book. 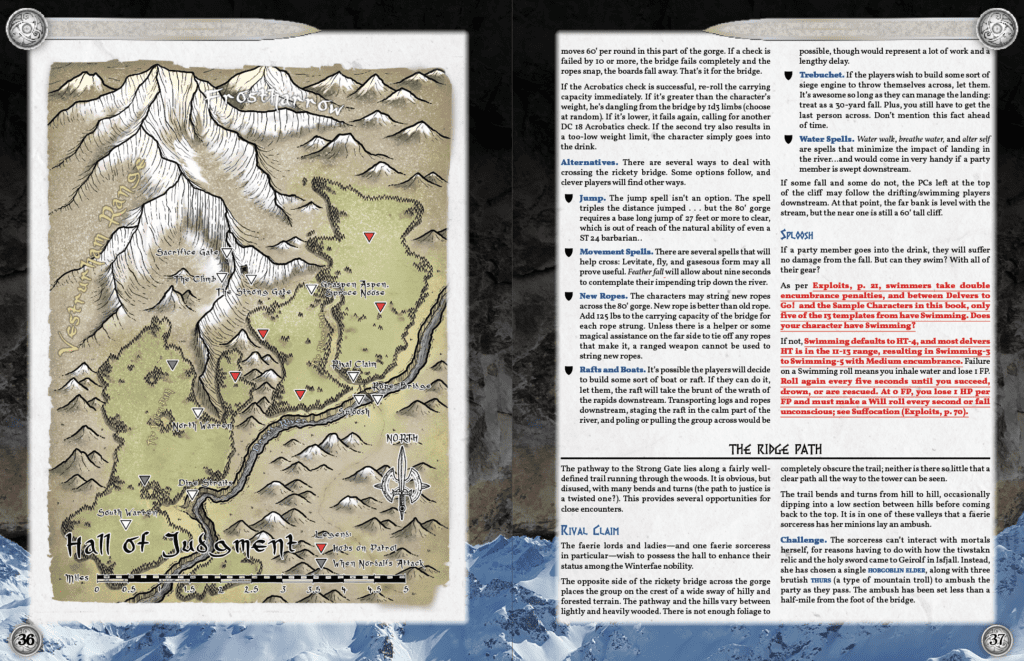 You can see that I still have a bit of conversion work left – eliminating references to Hall of Judgment for the Powered by GURPS Dungeon Fantasy RPG. In nearly every case, this sort of conversion is very easy: I can either look at my old 5e notes from Lost Hall (1st Edition), or convert on the fly. Lots of room in the book to accommodate layout reflow as well.

So things are going well and quickly, and I don’t see a reason to shift schedule at this time!