There’s no way around it: I’ve been doing two things wrong for years.

This is partly because of the “I know the rules” syndrome. My biggest personal experience with Turning Undead came from a Dungeon Fantasy (not DFRPG) game where I made very heavy use of Protection from Evil (Enhanced), which is a nifty power from the incredibly cool Divine Favor book.

Divine Favor is “clerical magic as powers,” basically, in how it’s built. You ask your gods to do something, and if the reaction is good, you get a result built like a Power (usually an advantage, frequently heavily modified). You can also buy a Learned Prayer, which means you can just do it, no petition roll required.

I think I had the “enhanced” version of Protection from Evil almost from the get-go. That is “oh, you Turn Undead using True Faith. You roll at Will+10, etc . ..”

Thing is, that’s a special case.

The real Turning rules are much less generous: Will plus Power Investiture (at least in DFRPG), maybe with some bonuses for good ground and holy symbols. Most importantly, they follow the Rule of 16, which means that if your foe is even a tiny bit worth their salt (IQ 6 or higher), no matter how many modifiers you stack up, a roll of 17 or 18 always fails.

So I’ve always been treating Turning as a ridiculous over-the-top “I Win” button. I HATE “I Win!” buttons. But that’s because 100% of my experience with this ability has been a very special case, where a huge limiting principle (Rule of 16) was either not applied or indifferently applied (probably due to clutter and overwork), and a “Reliable 10” for +10 to skill (which still should have been limited to 16) got applied without boundaries.

That’s huge, and changes the game. Turning goes from a “everyone undead out of the pool” in many cases to “stay away from ME, and hope no one gets unlucky.”

All this talk about Turning made me realize that I’ve been ignoring a big part of Quick Contests and how they work as well. So much so I insisted on a rules text modification for Technical Grappling that turns out not to have been necessary. At all.

There’s a three-step process that’s still true in the Basic Set, but organized in bullet points in the Dungeon Fantasy RPG, for more clarity.

Now, this brings up an edge case where one asks “what is, then, the ‘margin of failure’ of the high-skill guy who auto-failed his roll?

Note that second one is weird: you can’t normally fail by zero, because that’s called a success. But technically, the guy who made his roll by 6 but still “failed” did succeed.

So both for speed of play “you rolled 17-18, you failed and your margin is zero” and for a decent rationale (“you biffed your counter; only the attacker’s skill matters now”) I like making auto-fail fail by zero. 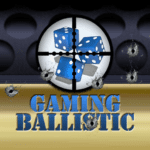 I’ve spent more than a few words, and several convention games, avoiding the hell out of Turning, even in Hall of Judgment, because of my mis-applied “+10 to Will” rules mistake. HoJ is MUCH more interesting when I do it right.

The Quick Contest thing is another case where words and effort would have been saved through a close reading of the rules. As it’s been written for something like eight years and published for something like six, I’m surprised no one caught it, from editing to players to other authors, and of course, me.

Honestly, there’s a case to be made that a more-clear set of rules would have been

Now, that would require going through the books and reclassifying a lot of QCs as RRs (like I did mistakenly in TG). But a classic example would be the Quick Contest of ST. That’s a clear case where “only margin matters” has merit, because it’s much easier to just say “ST 30 vs ST 28; roll the contest and whomever has the best margin wins, regardless of 17-18 or 3-4.”

For other things, it’s more justified to have the reclassification.

Anyway, regardless of how I come down on edge cases and “let me think about changes,” this is a real eye opener about reading the actual text, and refreshing my knowledge periodically.

7 thoughts on “GURPS: Doing it Wrong for Years”