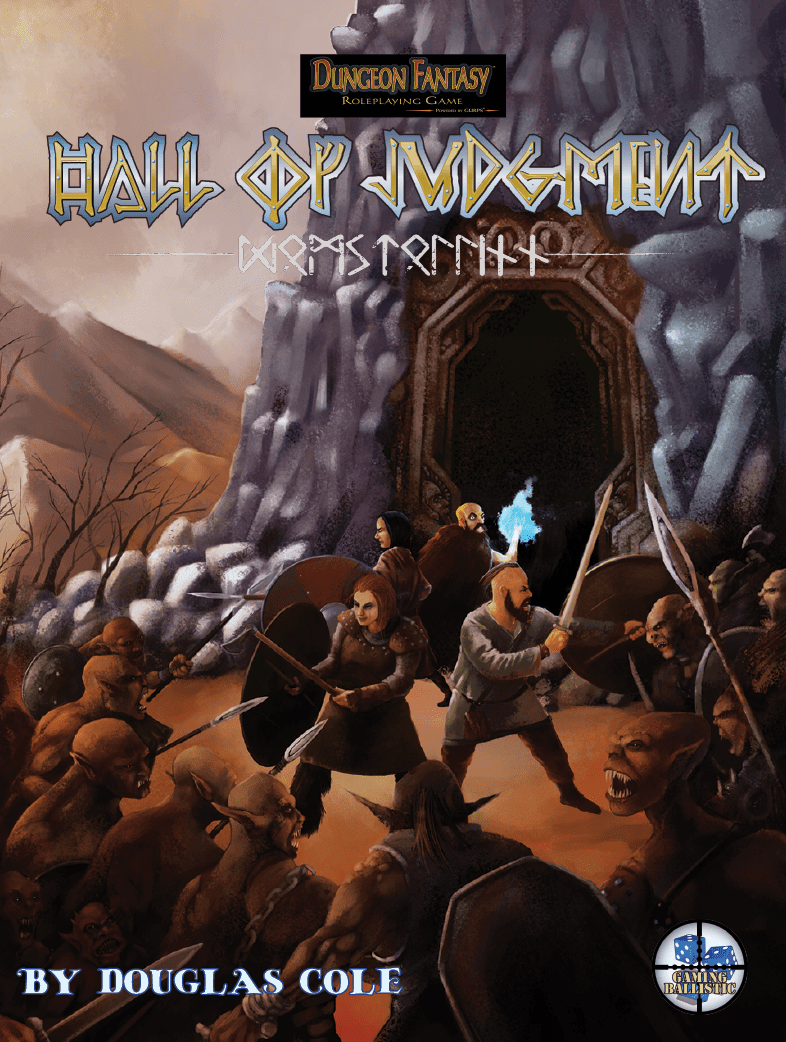 I asked for permission to convert Lost Hall of Tyr to the Dungeon Fantasy RPG. As Andrew Hackard indicated, the negotiations were painless. For now, though, plans only include the single item.

More details and cool stuff will be discussed as things develop, but I can confirm:

The original Lost Hall adventure was designed as a demonstration of the Dungeon Grappling rules for 5E. It was also designed to be jammed into a single, one-shot, two-to-three hour game at GenCon 50. Certain liberties can be taken with a design like that that are not appropriate for a modular adventure to plunk into an existing campaign.

So it’s going to get better.

That’s all I have to say about it for now . . . but I’ve got the Dragon Heresy Introductory Set Kickstarter to launch at 10am Central today. That’s an entire game in the same world as Hall of Judgment, and you can also imagine that I will be needing to focus and write more support material for that.