This is my character for +Mark Langsdorf‘s Modern meets Dungeon Fantasy mashup, Castle of Horrors. Some thoughts on his generation and makeup are intermixed. 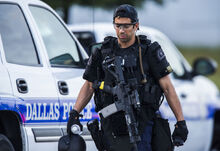 Neil finished high school and joined the Army, where he was a pretty good soldier, mostly light infantry. Ranger training. Probably saw a bit of combat. When he got out, he decided to become a police officer, where he was picked up as a SWAT guy. This didn’t sit so well with him after he noticed a pattern of excessive force. After a spectacularly botched raid, he was set up to take the blame . . . but he happened to be out sick with salmonella that day. Ooops. But he left the force in disgust and went to college. He dabbled as a rep for Fabrique-Nationale USA for a bit, so he has a ridiculous thing for FN weapons – it’s definitely not rational. Studied law, psychology, and became a fairly successful PI.

Neil is a bit of a jack-of-all-trades stats-wise. We have enough points that I basically consider the list above with all 12s for stats (for 120 points) the equivalent of a “Just Damn Better Than You” package if we were doing a Pointless Action/Dungeon  Fantasy package build. It’s 6x 20-point slots if you build him that way, or if you’re using 25-point slots, make it five of them, with +1 to Perception thrown in. Regardless, he’s strong, fit, and notices stuff, but isn’t living in crazy-town for any of it.

I wanted him to be fluent in Spanish too, and he is – but this campaign has languages as background fluff, not on the character sheet. So he can be considered to be fluent, or at worst Accented, in Spanish.

Angela is no wimp, so she counts as an ally as well as a dependent. I had to work a bit to get Comfortable Wealth in there, but it was important to the character concept to me – he’s good at what he does and can afford some cool stuff. This may well come into play if we ever bring out any of the loot from the Castle and decide to venture back in. I need to keep Danger Sense in mind, though, because I didn’t invoke it last game, and I probably should have more than once. Fit is funny, and probably doesn’t impact games as much as it should unless you’re using The Last Gasp or something.

Hrm. I just had an idea for a really, really simple TLG. Might be interesting.

Friendly (very), confident, and loyal to his friends and fellow troops. Like most Rangers I have known, more or less still lives the Ranger Creed.

I like leaving quirks to be defined in play. Thus far, he’s got a good banter thing going with Yousef, thanks to a misheard one liner (“Stinky herbs are go,” from Buffy the Vampire Slayer). Everyone heard “Stinky Arabs must go,” which became a thing, and may become one of the quirks in the future. 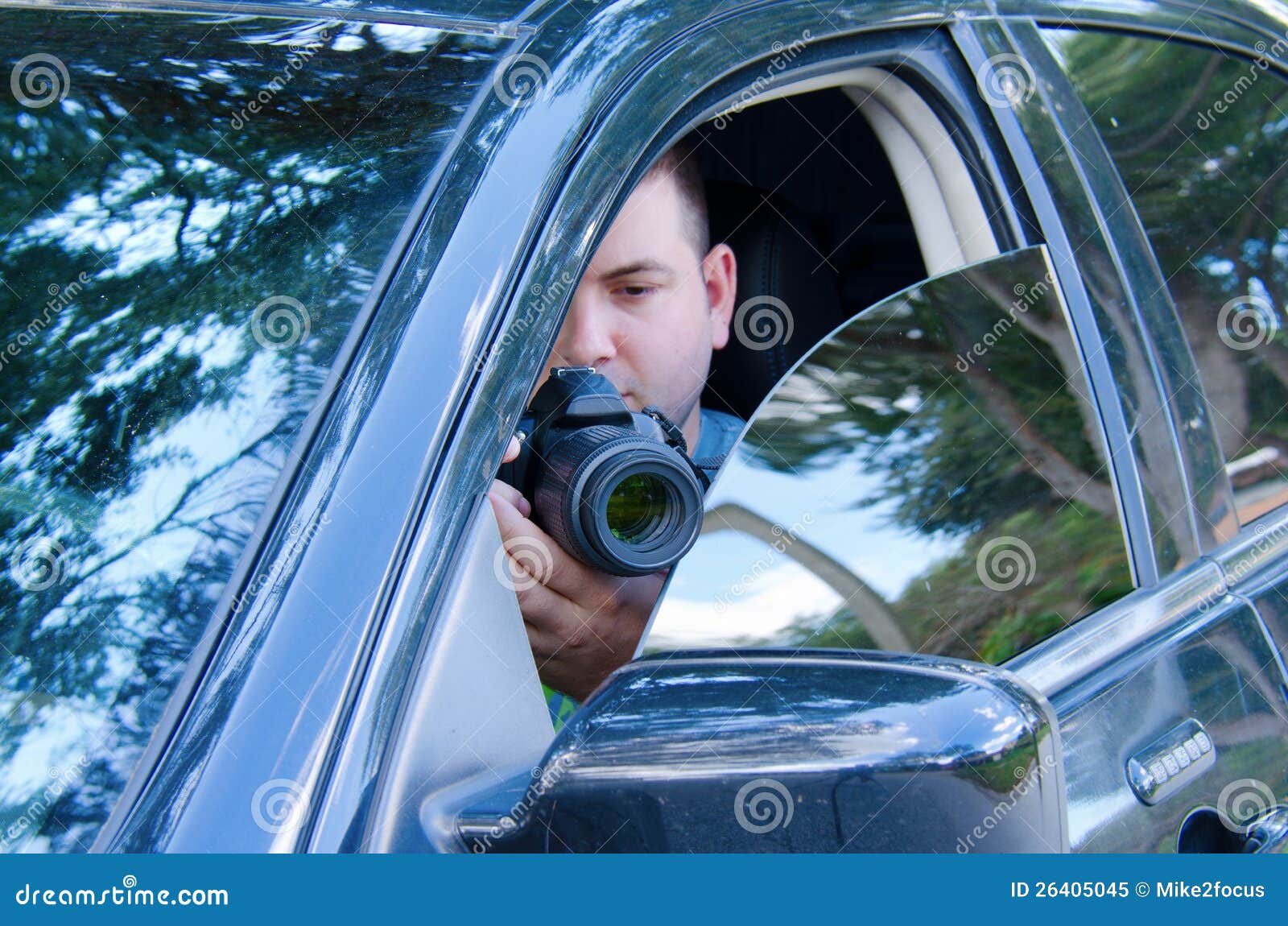 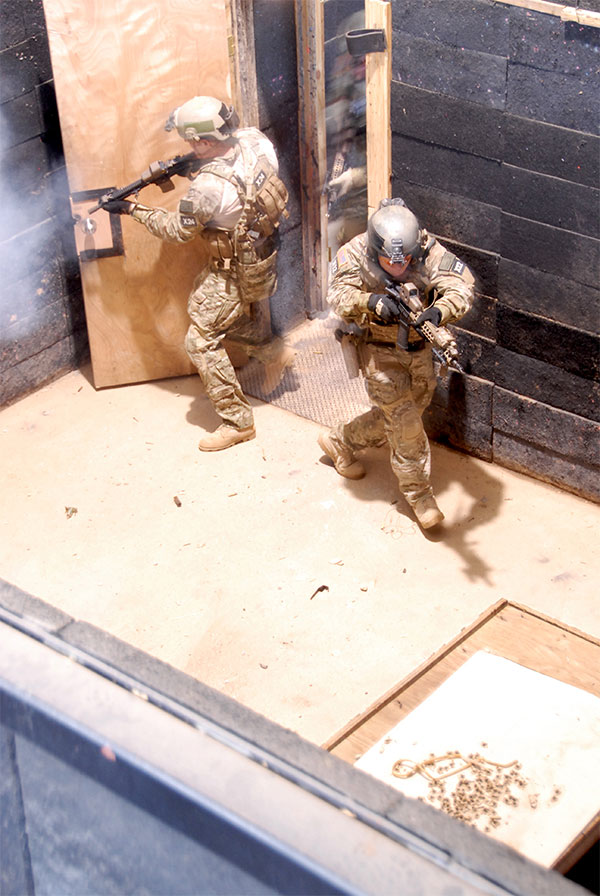 He had a bunch more PI-related skills, such as Shadowing and a few others. Mark had me remove them as not germane. He said anything that can be considered a Background skill that might come up can be rolled at flat IQ – which is more or less where all of my background-type skills were anyway. That’s a good idea for having background skills – follow the guidelines for a 10-point Talent from the Talents book, and define those as your background. You have them all at IQ or DX, but you can only roll against them a few times per session, perhaps. Unless you’re an attribute monster, having 10 extra skills (or whatever) at 12 won’t break anything. It’s also great “and this is my day job” characterization.

Neil is fairly well off, with Comfortable wealth, and has a large collection of gear. Much of it is not with him, however, since there are things you bring in your vehicle or trailer (he has both), things you leave at home, and things you pack in a backpack on a 12-mile hike to the campsite.

As the boyfriend of the daughter of the private land we’re on, his role is not strictly hunting for deer and pheasant. He’s there mostly to kill feral hogs, which is why he has the weapons he has. I liked the idea of having him be over the moon for particular brand of weaponry. Sort of a “when I was poor I lusted after these, and now that I’m not, I bought them all” kind of thing. The SCAR isn’t necessarily a great gun, from what I understand (not that it’s a bad one, just that it wasn’t the World’s Greatest Infantry Rifle that it was supposed to be), but I wanted something FN, that fired a round capable of downing feral hogs, where you don’t care about the meat but might need to take more than one shot. The Five-seveN pistol is a neat beast, and personally I’d love to fire one to try it out. The P90 bullets wound like 9mm’s if they fragment properly, but I’d be worried personally about if the small pistol bullet would be effective. But Neil? BEST THING EVER.

I like it that I found a good reason not to simply optimize all his kit for “best GURPS stats.” That’d be a.40S&W or 10mm Auto for the handgun, and a 6.8x43mm (6d damage, but good ammo capacity) rifle, probably built on an AR15 platform for cost. But that’s not Neil. I also didn’t bring 10,000 rounds of ammo. Three magazines for each weapon, plus a few boxes of loose rounds. That seems like a reasonable load.

I may see if Mark will let me have given the BAR .300 Win Mag to Angela to carry, as she’s not really in this for the hunting and she’s also sporting a 5-7 pistol, a gift from Neil. Would make some sense, and I’d like to have the long gun with us.

Packed for the Camping Trip

Owned but at the ranch

All of this stuff is things he’d have, but no way he’d back them. Bullet-resistant vest? Trauma plates? Baton? Um, no. Likewise with the long gun, though we’ll see about that.