Phil Reed said:
Re: The Future of the DFRPG
Quote:

Also: Hidden behind a wall.

What would be a far more valuable approach to “Imma make a setting!” would be a dedicated blog. Regular updates. Free to the world. Tagged and properly categorized posts. A Dungeon Fantasy Patreon, for example, with free and pay content . . . and then everything collected after X months into a book.

And with those words by Phil Reed, a fire was kindled. Quickly tamped down, though. Start here at Phil’s post, and then read on, and you’ll see that SJG isn’t really contemplating any immediate changes to their online policy or method for supporting GURPS.

The topic of conversation, of course, involved what might help support the Dungeon Fantasy Roleplaying Game (DFRPG hereafter), and one thing that has been floated is having some sort of official setting, or something similar. Rob Conley offered up his Blackmarsh as an example, and Matt Riggsby (Turhan’s Bey Company on the forums and other names elsewhere) countered that Blackmarsh was more in the line of a location.

Now, Blackmarsh’s quoted land area is about 12,000 square miles. This is the land area of Maryland.

The primary map of Golarion is said to be about 6.25 million square miles. Iceland, whose Vikings, unlike my own from Minnesota, actually managed to range forth and conquer stuff, is 40,000 square miles. Great Britain (and Minnesota, actually) both are on the order of 80-90,000 square miles (Minnesota is larger than all of Great Britain). Great Britain, of course, as of roughly 1920 ruled over the largest empire in the world. And also managed to host the legends of Arthur, Robin Hood, and the real Hundred Years War and rather much else.

I was pondering how to allow some freedom for other parties to create for the DFRPG, to provide both ample room for creativity and different artistic and cultural voices while at the same time giving common threads that would allow a GM to simply pick and choose from these settings in a way that was both coherent and pleasing.

And I think I have.

General Store Clerk: I can get the part from Bristol. It’ll take two weeks. Here’s your pomade.
Everett: Two weeks? That don’t do me no good.
Clerk: Nearest Ford auto man’s Bristol.
Everett: Hold on, now. I don’t want this pomade. I want Dapper Dan.
Clerk: I don’t carry Dapper Dan. I carry Fop.
Everett: Well, I don’t want Fop, goddammit. I’m a Dapper Dan man.
Clerk: You watch your language, young fella. This is a public market. If you want Dapper Dan, I can order it for you, have it in about two weeks.
Everett: Well ain’t this place a geographical oddity! Two weeks from everywhere!

While I’ll lead with that quote from a pretty darn good movie, I’ll follow it with a concept from Traveller: that regardless of distance, a ship pretty much took a week to get anywhere in jump space.

Well, let’s run with that. Checking out the typical speeds, if one can state such a thing, of sailing ships, a slow rate of 0-2mph, a with-the-wind and doing well rate of 4-6mph (knots, really, but handwave that), and an average of about 3mph seems about right.

So if you want disparate geographical regions to be about a week’s travel away, they’ll be 24 hours x 3mph x 7 days = almost exactly 500 miles away.

So, interestingly, if we take the total surface area of the world (about 197 million square miles) and divide it into 300 equal portions, we get about 656,000 square miles per portion. That’s a chunk of land about as large as midway between Iran and Libya. Or pretty much all of continental Europe if you take Germany and Italy, exclude Switzerland, and then take everything west of there. Point is, it’s plenty of land to adventure in.

And if you’re looking for separation, well, that means that if you take a hexagonal plot of land, and ring it with an ocean 250 miles wide, you wind up with a hex of 500 miles point-to-point nestled inside a strip of ocean 250 miles wide. Put two of these together, and you have 500 miles of ocean to cross at an average rate of one week’s travel time (3-4 days with a favorable wind, and two weeks without one).

The area of that inner hexagon? About the same as California (a bit more than 162,000 square miles), which makes it larger than the UK by 60%, or equal to roughly the land area of Iceland and Norway combined (Vikings!). Or Germany and Austria. It’s about 500 miles across the longest point, which will take 200 to 250 hours of travel to yomp across assuming Move 4 or 5 and Move/2 average hourly travel rate (per High-Tech p. 55). That’s about a month. Ish.

One idea that occurs to me as I think about it is that not all the “border” area must be 250 miles of ocean. Any sort of “wilderness” would do. Grasslands, mysterious forests, perhaps endless deserts, swamps, mountains, or combinations of those. No matter what, the key is to allow tiles to be placed next to each other and have a vaguely defensible transition zone between stuff that (say) I write, stuff that Christopher wrote, etc.

Being able to mix-and-match different creators’ works is the key step here.

The point? It would be ridiculously easy to set up a planet with 300 of these hexes, and let up to 300 different folks create “tiles” that are each a week’s sailing a part and that it takes roughly a month to hike across. Heck, if you wanted to, you could give out 50 parcels of 6 hexes each, and have lands the size of the USA, China, or Canada. 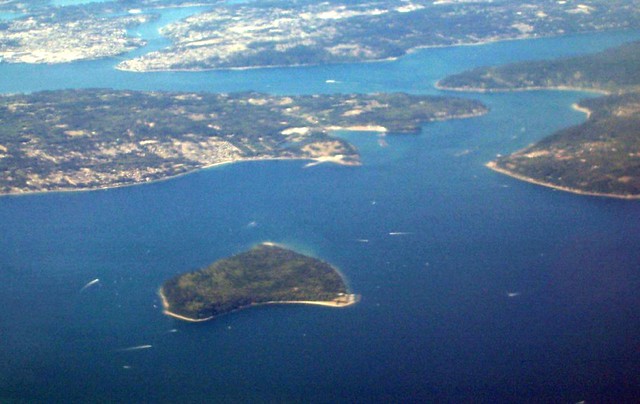 Each could be their own setting.

There are all sorts of ways to divvy this up. 300 might be a bit crazy-time, but I’m partial to the idea of parceling them out to an independent creative team in blocks of four tiles. This would allow either one full-sized land tile (and the other three would be assumed to be water, preserving the roughly 75-25 water-land ratio), or all four as islands.

I should note that the most important parts of Etera, the Dragon Heresy setting, would fit within a single land hex. Again, lots of room for adventuring.

The nifty thing about each surrounded-by-water hex as a somewhat independent setting area would be that you could mix-and-match. If one author has a nifty all-Viking setting in four tile, and another has done ancient Rome, and a third has Native American tribes, a fourth has African empires . . . a prospective GM could simply mix and match to create their own map of the world. Each one is a week’s sailing from the others – more if you plunk down an empty water tile – but basically it’s mix and match. Slap a traditional feudal setting in the center, put a frozen barbarian one to the north, and then a blank water tile, and then an asian-inspired one, and poof, you’ve got adventures and character types from each setting.

It also allows a great deal of creative flexibility, and the archipelago concept, while a bit of a conceit, provides limited sandboxes in which to play. Each one would consume Blackmarsh more than a dozen times over, or the prime game real estate from The Majestic Wilderlands (though the full map would take maybe eight hexes or so). Golarion’s prime map area is but ten hexes.

But in true DFRPG sandbox fashion, it would allow an author to set up a fairly interesting adventure area – several of them – and then still connect to a broader world if one wished. To reach another hex would require at a minimum two weeks overland journey, followed by a week at sea. It’s not the endless steppes . . . but then, the entire Gobi desert fits within one hex, as does the Great Plains of the USA.

Clearly, there’d be other ways to approach this. The great DFRPG archipelago could be done as 300 tiles, approximately evenly spaced through the world.

Or, one could perhaps steal from Traveller again, and turn the world into a d20. 20 big triangles, each with about 30-some individual hexes. That’d be each hex being 118,500 square miles (20% larger than the United Kingdom), and about 350 miles across. 700 miles would take about 9-10 days to sail across, or 280 hours to hike (again, about a month). Lots of resources available out there to turn such icosahedral maps into cool-looking planets too, if you’re into that sort of thing.

The reason I started down this path is to try and find a way to bridge Matt’s and Rob’s points. By giving each potential author a fairly hefty chunk of land ranging from 120,000 to 650,000 square miles, that’s more than enough to give room to move and populate with dungeons and adventure. One could easily imagine adventuring for years in the United Kingdom alone (one Traveller-size Hex, or the UK + Iceland surrounded by ocean for Vikings vs. Knights) and not running out of things to do . . . but if you do, you can nab whatever kind of “next tile over” setting that strikes your fancy.

Bordering each design area in water (which is why groups of hexes might be useful) means you can always tack areas together, and so long as you don’t stack up more than a few hundred of them, you won’t run out of planet any time soon.

I think the idea has potential, and it would allow creators to work independently and in ideal DFRPG fashion not be forced to read every other author’s setting or background in order to understand the rest of the world.

It of course also enables folks with pre-existing setting material to pour it all into a portable, GURPS-friendly format, which means a giant surge of material would be available when the game hits the market, if given the right structure and enough runway.

31 thoughts on “Woden’s Day Wanderings: A Flexible Setting for DFRPG”