Today two different podcasts dropped where I talk about Dragon Heresy and martial arts in RPGs in general.

I was on Down with DnD with Christopher Sniezak, and the podcast just dropped. We spoke about the mechanics tweaks made to Fifth Edition to support a more-gritty, more option-filled viking play style that still keeps it light and fast. 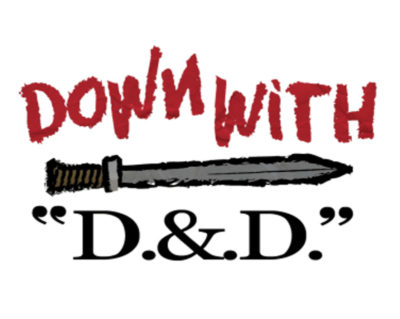 We had a pretty far-ranging conversation, and as always, Chris did his homework, looking over the preview copy of the game I provided.

Hobbs and Friends of the OSR

Here I joined Jason Hobbs and Eric Farmer to talk about a more general topic – Martial Arts in RPGs, and in the OSR specifically. Is there room for “martial arts” in such a highly abstracted rules set?

Dragon Heresy has been in development for a long time, and the Kickstarter is going very well – we’re sneaking up on 200% funding, and the big stuff happens around $16-22K.

Check it out, and if you can, pledge! If you can’t pledge, please re-share and link to it, so that word gets out.