Picking up after Zephyr gets shot in the ass


We pick up where we left off, having had our super-villain escape. We dust for prints, and find that each bullet has a set of prints on it. Hayley’s prints.

The serial numbers were never even there. It looks like it was hand-built from a Barrett design, in a well-kitted-out workshop, by an expert.

We try and interrogate her . . . but it rapidly becomes clear she’s been drugged with some sort of hypnogogic for memory loss and suggestibility.

She was given a pretty heavy dose of Rohypnol, but it doesn’t seem to be life threatening. Zephyr, he of the murderous dagger, decides to cast a spell and heal her. We all step back, he does his thing, and manages to heal her. Now she’s wired like a ferret on crack.

And pissed off. This is not the usual reaction of a person who’s been thrust into violence. This is the reaction of someone long acquainted with stress reactions, or at least naturally has combat reflexes. I try to recruit her; she tells me I couldn’t afford her. Ah, I hear that so much. 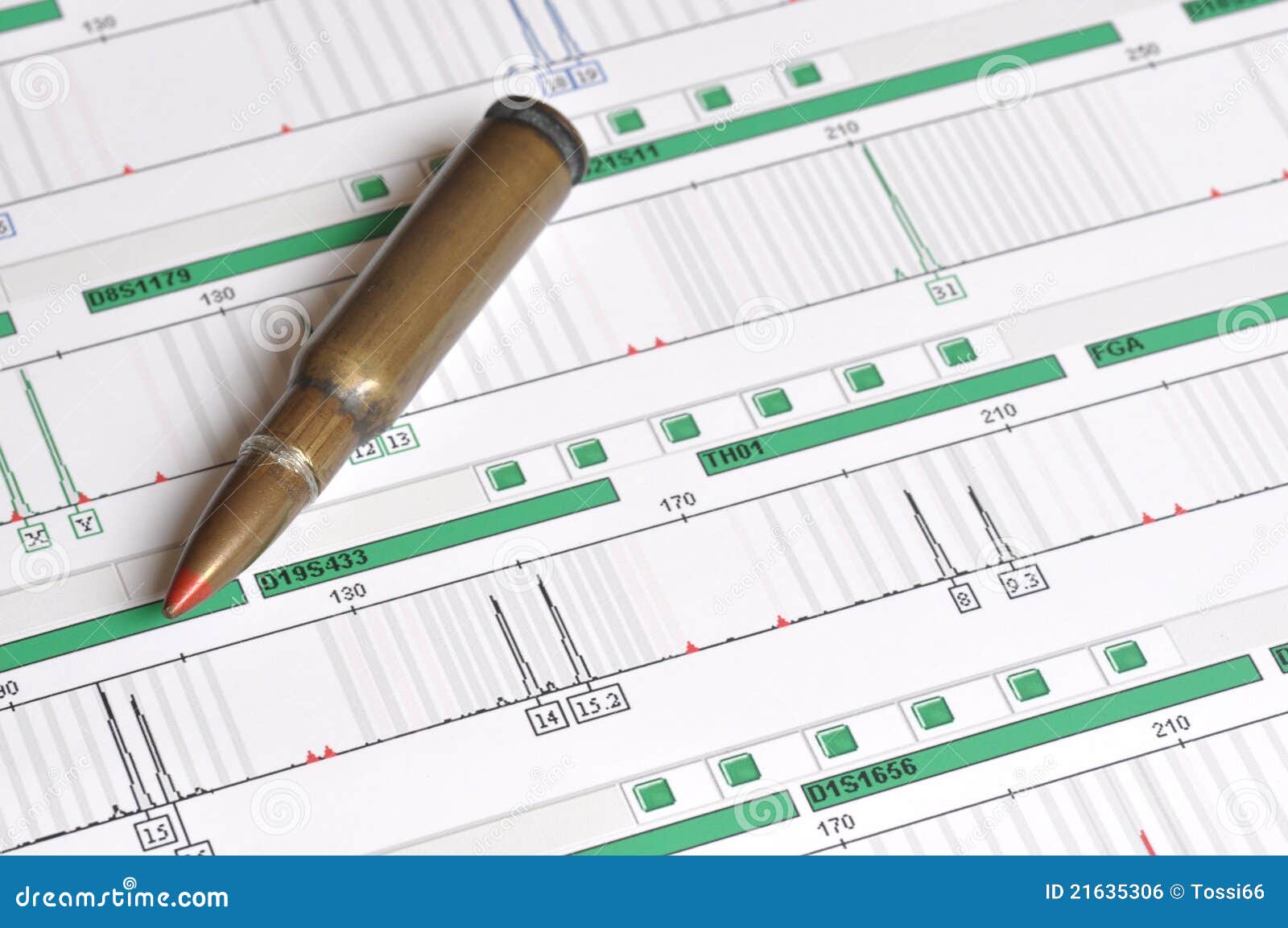 We ask her when the last time she handled a .50 caliber bullet. Rifle or pistol caliber, she says. One of these, specifically, we say.

She gives us a very precise breakdown of the time she spent handling a firearm in the last four years. She also offers up her lab to help us out. Eamon examines the bullets. We also examine the gun. The only residue on the gun itself is mocking laughter from our assailant.

The prints on the bullets? Written in microscopic lettering in the fingerprint itself, is Hamlet: “Though this be madness, yet there is method in’t.” It

When was the last time she saw Farmer? Well, he came to her and believed that one of the lab assistants (Narcisse Reynolds) was changed by the formula, and it had driven her insane. The forumula, in question, was again a known cure to some pretty bad degenerative brain conditions.

Narcisse was one of the ones who was thought to have died in the fire. Eamon turns to The Commander: “How’s death been treating you?” “Can’t complain.”

We cut scene to a person wandering through New York, where a young lady is looking for some family. Japanese relatives, in fact. She’s The Commander’s third cousin, and she calls him.

She finds out, all at once, that he’s a Tier 1 territory (the Bronx), and didn’t, in fact die two years ago. He also really, really, really should have called. Putz. Or the Japanese for putz: pyuttsu.

We show Hayley our pile of perhaps unconnected stuff that shows the breeding program/partnership program exists – she out-and-out denounces it as utter crap. She might be emotionally biased  because her good friend Andrew Farmer went down that road and went apparently insane.

We wonder if Hayley and her husband were introduced to each other by third parties. We send Eamon (in his fantastic suit) off with Hayley for both protection and interrogation.

Marionette tells The Commander that, her aunt and uncle are missing – and grandfather is not answering his phone either.

This is so not good. The Commander is instantly distracted – he’s duty-bound to help.  We track them to the zoo – but they disappeared there. We try and pull security camera footage from the zoo to see if we can find out what went on.

Back to Hayley – nice appatment, big husband. 275-lbs of solid muscle. Where did they meet? At the marine ball. The husband – scout-sniper tattoo clear on his arm – is piled with armaments, a tac vest, and other weaponry. He’s outside the panic room; Eamon gives him the skinny on the attack on his wife. He looks like he’s ready to eat nails.

At the bombing site – we decide to head to the Bronx zoo. We ask about getting permission to view the security cameras; after the Man-Lion escaped from Rikers, we have good cred from the zoo.

We feed the video into Adama – Arc Light’s AI – and it does facial recognition and makes a 3D map of their path through the zoo – Sea Dragon on steroids. The zoo closed at 8pm today, later than normal, but our relatives never left the zoo.

We see something explode at their feet, they all collapse, and a single person moves them into a waiting truck. The person definitely has some sort of super-strength. This person is the same build and height as the person who tried to put a bullet in Hayley.

This was about five hours ago. We try and pull traffic-cam footage to follow the truck.

Back at the penthouse suite, the husband and his team of private military contractors are setting up for a major assault, just in case. Eamon walks the evidence back from the sniper shot back to the genetic records. He’s as skeptical as she was, but he did save a bunch of her stuff from MIT, and he’d be OK with Eamon having access to it. As soon as it’s safe, the entire family is going to a safe house. They’ll be gone on the morrow. Eamon goes to the locker/storage unit and basically takes photos of everything and feeds it to Adama. 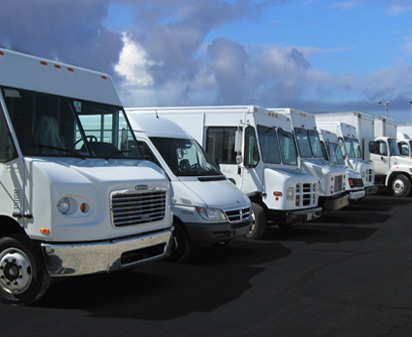 Back at the zoo. We try and follow the truck on the Traffic Cams, but it disappears into another crowd of FedEx trucks. We lost it.

We get the “tattler boxes” of all the trucks in the area, and eliminate all of those. That leaves us with a truck that goes to the Brooklyn Bridge. That leads us to footage of someone loading bodies (some struggling, some scared) into a boat. The driver stops long enough to tag part of the bridge with graffiti. Well, there’s our Billy Shakespeare reference. “How now? A rat? Dead, for a ducat, dead!”

Marionette tells us she doesn’t detect grandfather’s signature in New York. We nip over to the Brooklyn Bridge and make with the forensics. The boat was tied to a makeshift jetty. The FedEx truck was stolen. Someone messed with the trackers on the truck. There’s a print from a military pattern boot that is very unusual for civilians. There’s a faint odor of something chloroformish, but also not quite. The area otherwise is conspicuously clean of evidence. We begin to suspect (one of) his superpower(s) is evidence removal.

We let the Rat Lab (The Rat Queen’s discriminating super-sense) have it – it’s some sort of synthetic DMSO that turns anything into an aerosol transmission. Groovy. 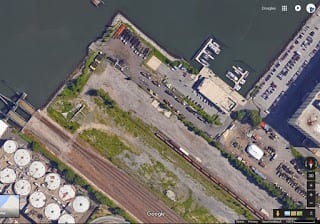 Fortunately, The Rat Queen can smell the unique signature of Marionette and the Commander – apparently we’re quite distinctive. So we start trying to trace where the boat went by scent. Marionette has locked onto one of the patterns of another “special” relative as well.

We wind up north of the Owls Head wastewater treatment facility.

We deploy the Rat Queen in recon mode again, and she makes the roll by 18. Someone has crushed fine glass all over the ground, mixed it with Rat Poison. Someone knows our capabilities. Marionette boosts The Rat Queen’s immunity to metabolic hazards – she’s basically immune to the poison, but she’s high and buzzed. She’s -3 to DX, IQ, and self-control rolls for 18 hours. Best. Drunk. Ever. New meaning to Taste the Rainbow, and we know where the rum’s gone.

Last of the Mohicans Moment!

There are no guards, but as soon as TRQ enters the area, a motion sensor triggers something, and a disguised (heavily) voice comes over a loudspeaker.

“I see you’ve found the resting place of the Owari family. Don’t be shy. I know you’re there.”

“There are a dozen different trailers here. They’re in one of them. You have two minutes to find which one. Then I blow them all.”

There’s a weird pulse emanating from this area; both the gravitational and funkysense from Marionette are a bit weird.

The clock starts counting, then stops. And a voice: “There’s a choice. You can have three, if The Commander comes with me.”

We argue a bit, and negotiate for the women and kids – but no tricks.

“It is my role to behave as an honorable man and exchange myself for my family. This is about duty. Inviolate duty. I know the measure of my honor, and the depth of my duty. This does not depend on whether the people I am dealing with are honorable men; they have proved they are not by kidnapping my family. Me for them.”

Eamon buffs The Commander, making him more dense. But all the trucks are piled with explosives – pressure sensitive explosives. They smell like mercury fulminate.

A boat pulls up into one of the jettys. The deal is struck – the four women and children for The Commander and the three male relatives – all over age 25. They walk to the boat as well.

The ladies and kids are released. The Commander hands his swords to Marionette, and his rifle to Eamon. The Comander walks to the boat.

The boat, under automated control, disappears into the dark waters of the harbor.

The Commander is told to administer a sedative to the passengers, including himself. We black out.

The ending was purposefully contrived to allow my absence for two weeks while I’m in Malaysia. Overall, we moved the plot forward a bit, but the fact that the partner program participants are in denial about it means that we won’t get any help there.

Still, the odds of all of that being just a coincidence are low. Very low. But the fact that the same guy was at both the assassination site and the kidnapping means they’re actually part of the same case.

So hopefully my companions will come to my rescue. We shall see.