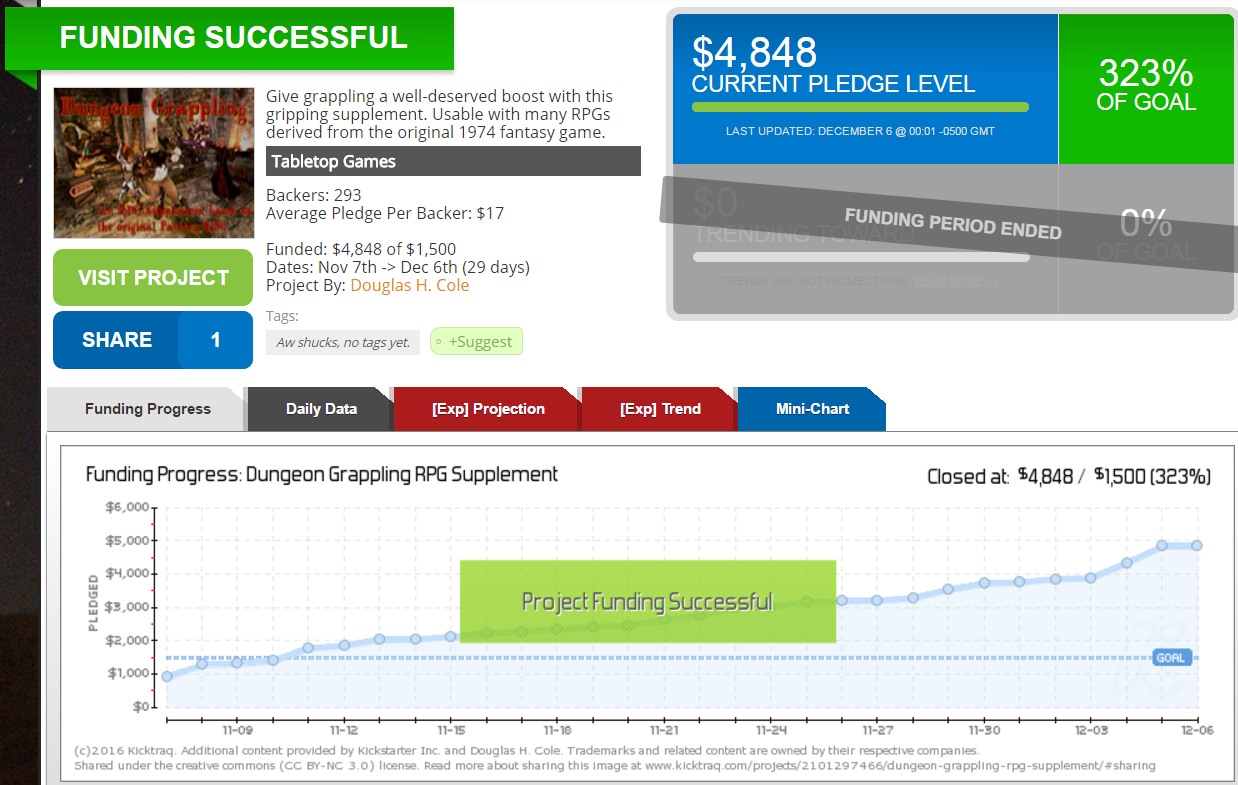 Well, Gaming Ballistic has just concluded it’s first Kickstarter, and as you can see, the company had a great campaign. We very nearly hit our ultimate stretch goal of $5,000 . . . but the mix of pledges that came in at the end might have actually pushed the “internals” to the point where we actually achieved the stretch goal anyway. Hard to say, but I’ll know in a few hours.

Hearty thanks to not only my backers, but those that backed and those that didn’t, but who shared the project around. I know that made a big difference.

I’ll return with some lessons learned, and a breakdown, when all is said and done, of the true costs of the project, the “money that I can write checks with” vs. “costs I have to pay that I never see,” such as Kickstarter and Backerkit fees, printing, and shipping.

Now comes two new challenges: getting all of the components I need (art, logos, and final rewrites and editing) into place and finalizing the document itself, but also before that navigating the surveys, funds collection, and finishing details that make up the process of finalizing the campaign. So my work is not yet done, but boy it’s great to have come this far!